JPJ to act on people who park at OKU parking bays: Will it be All Talk No Action?

The JPJ will Always Act and No Talk on speeding.

HAVE CAMERA, WILL SHOOT!

Somewhere in the country….

Even if it means sitting on a chair inside a drain… 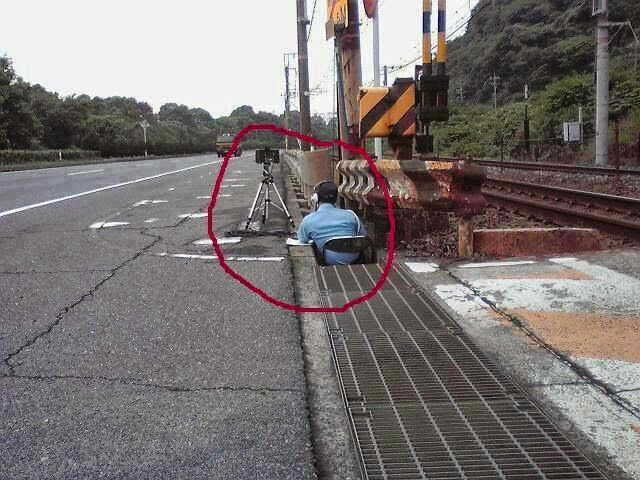 THIS CAR IS ENTITLED TO THE PARKING LOT.

KUCHING: The Road Transport Department (JPJ) will clamp down on motorists who park in bays designated for people with disabilities (OKU) in addition to a general disregard for traffic signage.

Assistant director of JPJ (Enforcement) Sarawak, Albert Clement said he was perturbed that segments of the driving public do not give two hoots about OKU and said its enforcement is working with the authorities to catch these illiterates of traffic ‘sign language’.

“Drivers should use common sense when they see a public car park (space) designated for OKU. Public attitude must change in that it does not make sense to park in what is allocated for OKU,” he told The Borneo Post yesterday.

“If they are caught parking in a bay designated for OKU, we will take action and fine them according to Section 119 of the Road Transport Act (RTA). The general penalty can be a fine of not more than RM2,000 or imprisonment of not more than six months for the first offence,” he warned.

Albert pleaded for car owners to adopt a caring attitude and give OKU the same consideration as other road users.

“This simple courtesy to avoid using the space designated for OKU in the first place will make a lot of difference to OKU drivers,” he said.

Albert also urged everyone behind the wheel not to abuse other traffic signboards and traffic markings on carriageways and roads or infringe on RTA 1987 or face the same penalties of a fine etc under Section 119.

There will also be further peril for motorists who park as they like.

Special reserved for disabled parking spaces, spaces of the police car is parking for disabled people, how will the police be brain persons with disabilities! Abuse of force Wang Badan!
Translated by Bing

“Even a VVIP parked his car at an OKU spot recently,” the 65-year-old wheelchair-bound social activist said today, referring to the photo of a black sedan with a minister’s number plate that was parked at a disabled-friendly space. 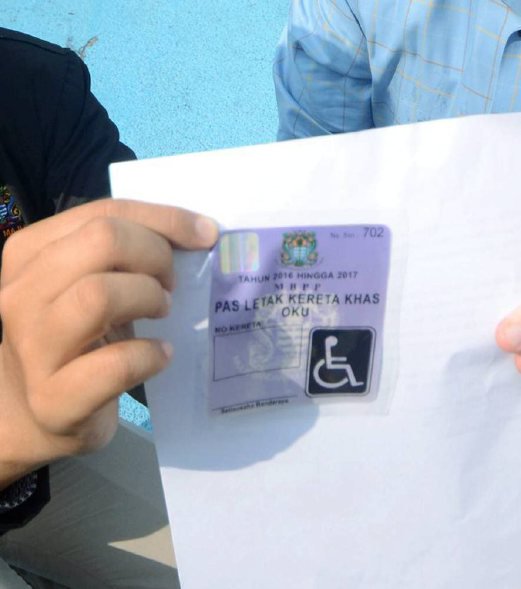 KUALA LUMPUR: The authorities are urged to take stern action against those who misuse stickers for the disabled.
.
Senator Bathmavathi Krishnan in her speech on motion of thanks for the Royal address in Dewan Negara said there were instances where the able-bodied had misused the stickers to park in parking lots designated for the disabled.
.
“There are a lot of people who bought stickers and misuse and park in these parking lots and the lack of enforcement has caused problem to the disabled.
.
“In this regard, the Penang Island Municipal Council is coming down hard on motorists who abuse the sticker.
.

The authorities should be able to detect whether the sticker is genuine and produced by the Road Transport Department or municipal councils,” she said.