Did the police beat up the rape suspect? “No, he slashed himself!” say the cops. 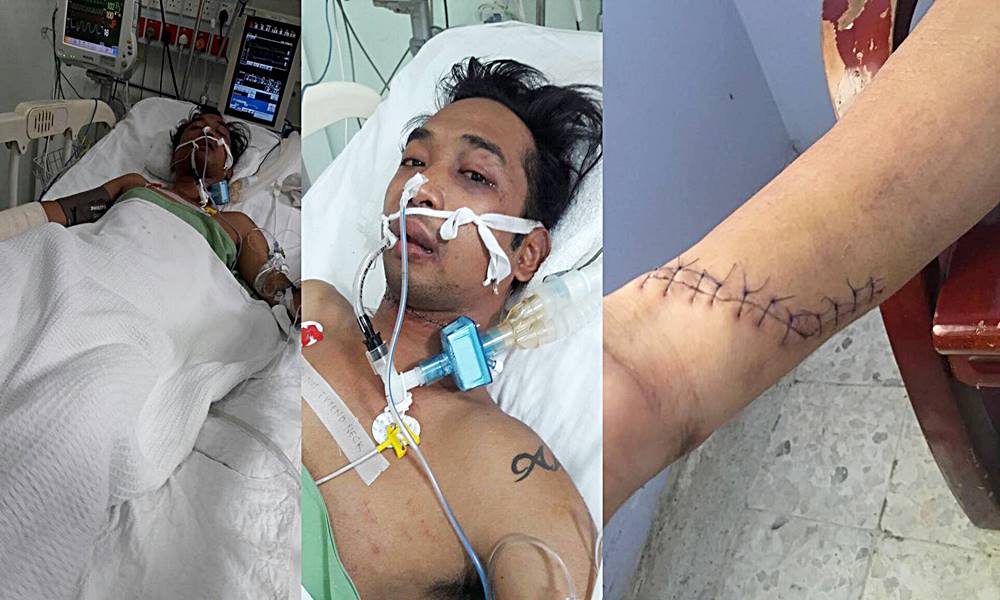 The police have rubbished an allegation from a rape suspect that he was beaten up by policemen on May 25, requiring him to receive 50 stitches at a hospital in Seremban.

State police chief Jaafar Mohd Yusof said the 27-year-old suspect had instead, slashed himself with a small folding knife which was concealed in the suspect’s bag when he was taken to the Seremban Court to obtain a remand order.

“The suspect had slashed his neck and arms when he was taken to the Seremban Court from the Nilai police headquarters.

“Apart from him, there were 14 other suspects taken to the court for remand orders. We found that the suspect’s injuries were self-inflicted, based on the statements obtained from the other suspects,” he told a press conference at the Negri Sembilan police headquarters in Seremban today.

Jaafar said the policeman who escorted the suspect had stopped the police truck about a kilometre from the court upon realising what had happened, and sent him to hospital.

He said investigations would also be conducted on the four policemen who escorted the suspect.

Man claims brutally beaten by police, woke up with over 50 stitches

Man claims brutally beaten by police, woke up with over 50 stitches
Nilai man lodges report over alleged brutality that eventually landed him in surgery.
m.malaysiakini.com/news/344070

Man claims brutally beaten by police, woke up with over 50 stitches

Published 4 Jun 2016, 11:52 am
A man claims he has been badly beaten by police at a warehouse in Bandar Baru Nilai before being taken to Nilai police station where he suffered further beating.

Lawyer M Manoharan said his client Muhammad Izzatuddin Mardzuki woke up in a hospital with over 50 stitches after the beating.

Izzatuddin lodged a police report of the incident at the Seremban district police headquarters on Thursday.

In the police report, he claimed a group of men claiming to be from the Home Ministry tried to enter his family’s warehouse and later proceeded to assault him at 3am on May 25. He was subsequently handcuffed.

“I was kicked with a boot, my head was slapped onto the table, then on the floor. I was beaten on the stomach and back,” he said, adding there were four men in plain clothes.

He said one man ransacked a Kancil car in the store, and made him kneel on the road behind the warehouse.

“Then a man took his gun, pointed it at my chest and said he will shoot me and give me drugs.

“They slapped and hit my head and body until I fell on the floor, and then I was ordered to stand up and I was beaten until I fell again,” he added.

Izzatuddin said the men then spat on him and took off their shoes and used their footwear to beat him.

For the rest of the story:

Manoharan Malayalam added 5 new photos — with Fairuz Abdullah and 13 others.

My client was arrested at gun point and was brutally assaulted by some police officers on 25.5.2016.(50 over stitches-hands and neck).He was discharged from hospital yesterday.I want an answer from the IGP.”Arrest and charge all the policemen involved”.My client lodged a police report on the incident.