At Parliament: The next 7 weeks…

Over the next seven weeks, Members of Parliament from both sides of the political aisle will lock horns over a number of issues – from 1MDB, to a weaker ringgit and the recent toll hikes. 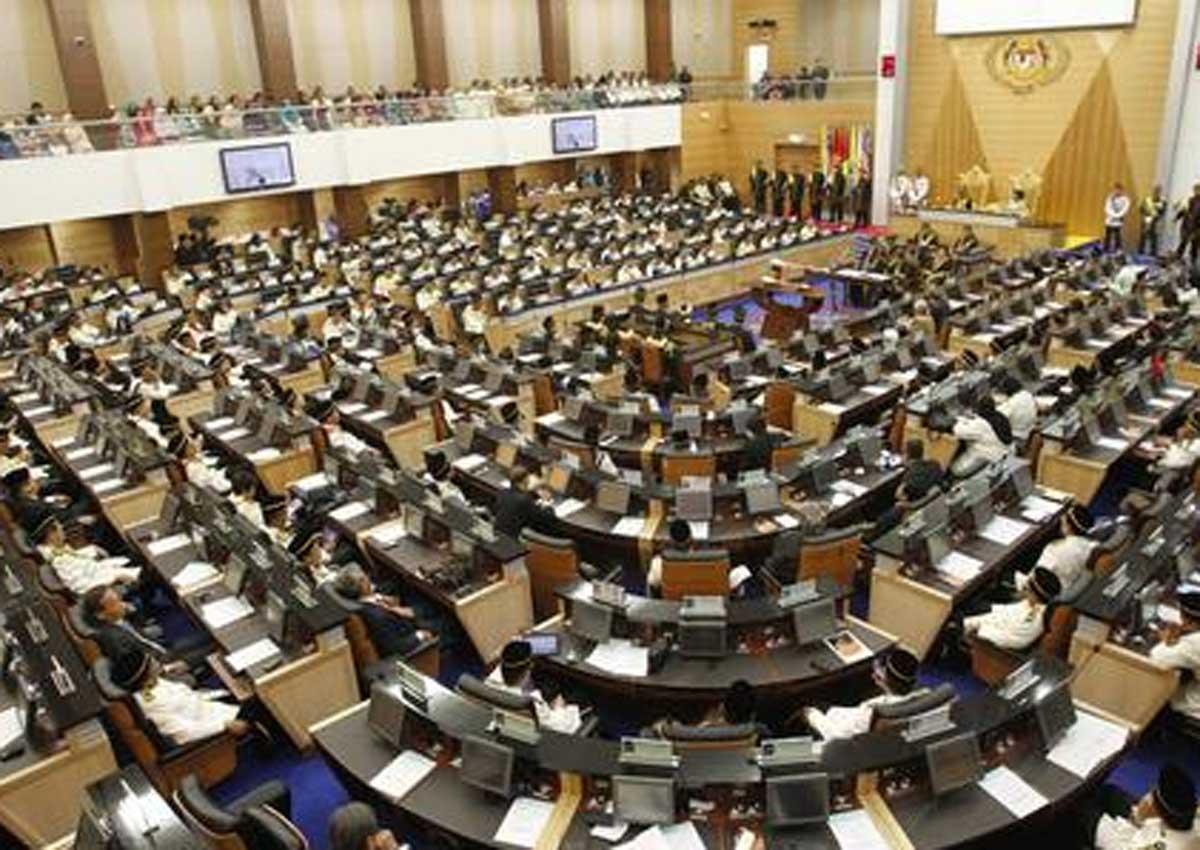 Baling MP Datuk Seri Abdul Azeez Abdul Rahim was ordered to retract a “balik Tongsan” remark he made in the Dewan Rakyat yesterday.

Speaker Tan Sri Pandikar Amin Mulia made the ruling after Anthony Loke (DAP-Seremban) pointed out that Abdul Azeez’s remark was against the Standing Orders.

Abdul Azeez had stood up to pose a question to Deputy Home Minister Datuk Seri Dr Ahmad Zahid Hamidi during the debate on Budget 2016 when he was interrupted by a few Opposition MPs.

Among the MPs was Jimmy Wong (DAP-Kota Kinabalu) to whom Abdul Azeez had first responded with: “Apek, duduklah.”

When Wong remained standing, Abdul Azeez told Wong to “balik Tongsan”, effectively telling him to return to his ancestral China.

“I order Baling to retract the statement completely, but any other MPs who use unparliamentary language next time will be ejected from the Dewan,” Pandikar warned.

Abdul Azeez also admitted to uttering pondan (transgender) in the House yesterday but denied that it was directed at a specific person.

Kasthuri Patto (DAP-Batu Kawan) claimed the remark was made against her.

Janarthani noted that Azeez was a repeat offender when it comes to such antics in Parliament.

“He was the same MP who said in April that non-Muslim women should not be invited to mosques because they mungkin bocor (might be menstruating), in response to the Kulai MP (Teo Nie Ching) being invited to a function in a surau. 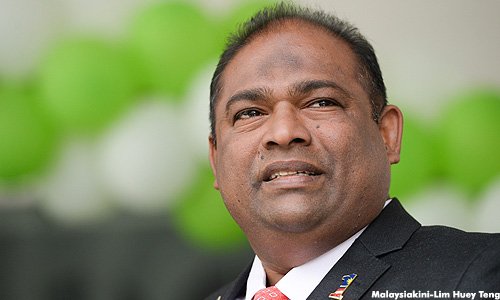 Persatuan Kesedaran Komuniti Selangor (Empower) said it was outraged when Baling MP Abdul Azeez Abdul Rahim was let off by the Dewan Rakyat despite using the pondan (transvestite) slur against fellow Batu Kawan MP Kasthuri Patto in the House.

“Empower is appalled to read reports that Azeez had used the slur pondan against a female MP during a debate and further compounded his offence the next day by calling another MP an apek and telling him to balik tong san (go back to China).

“We are further outraged that the speaker did not censure him for the use of these derogatory terms; merely that he should retract the use of balik tong san,” said Empower president A Janarthani.

She also called for a review of Parliament’s Standing Orders to prohibit sexist, racist and bigoted remarks.

“The Baling MP appears to enjoy the absence of any possible reprimand… (this) reflects a political scenario where sexist, homophobic and transphobic words are freely used against perceived opponents and where ethnic minorities are demonised or summarily ignored as unimportant.

“His impunity also reflects a country where women make up only 10.4 percent of the 222 parliamentarians and face multiple layers of discrimination, even in being nominated as election candidates,” she said.
…

Azeez had used the slur on Tuesday in the House after Kasthuri, who was speaking on Orang Asli issues, refused to allow the Baling MP to interject.

Azeez was let off the hook after Pandikar accepted his explanation that the slur was not directly aimed at Kasthuri when he said that she was ‘worse than a pondan’.

It’s ‘balik Tongsan‘ again – even after more than 50 years as a nation http://english.astroawani.com/malaysia-news/pandikar-orders-baling-mp-retract-balik-tongsan-remark-79445 …

Azeez made the remark, literally asking a person of Chinese ethnicity to return to his home country, at Jimmy Wong (DAP-Kota Kinabalu) while speaking during the Home Ministry’s wrap up of the Budget 2016 today.

His remark caused outrage among the opposition lawmakers.
…

Azeez also admitted to using the word “pondan” (transsexual) in the House yesterday, though he claimed it was not directed at anyone in particular.

Opposition lawmakers had claimed that Azeez had directed the remark at Kasthuri Patto (DAP-Batu Kawan).

But Pandikar said that the “pondan” remark need not be retracted as he was not the speaker in the House when it was made.

“Since I didn’t hear it, I will not ask for a retraction. But keep in mind, pondan is an unparliamentary word,” he said.

The spat today broke out when Wong tried to interrupt Azeez while he was directing a question at Deputy Prime Minister Datuk Seri Ahmad Zahid Hamidi.

The Dewan Rakyat today bulldozed through a motion to suspend Lim Kit Siang (DAP-Gelang Patah) for six months over a speech for which he was allegedly in contempt of Dewan Rakyat speaker Pandikar Amin Mulia.

The motion was passed with a majority of 30 votes in a bloc, vote with 107 BN lawmakers for and 77 MPs against.

“Bye-bye,” said Lim after his fate was sealed and BN representatives, including Minister in the Prime Minister’s Department Shahidan Kassim, were seen waving good-bye to him.

Lim, in his five-minute opportunity to explain, reiterated that he did not commit contempt of Parliament or insult Pandikar.

He, however, said he was confident that if there was a referendum, the rakyat would say the Public Accounts Committee (PAC) probe into 1MDB was sabotaged.

He urged the MPs to read the Hansard to find out if his statement was in contempt of the speaker, adding they were shallow and ignorant for not understanding his context when he spoke on Monday.

“I am now the latest victim of the 1MDB monster disease,” he said.

“Let my suspension be a lesson to the rakyat that they need to wake up and that BN-Umno should be toppled,” he said. 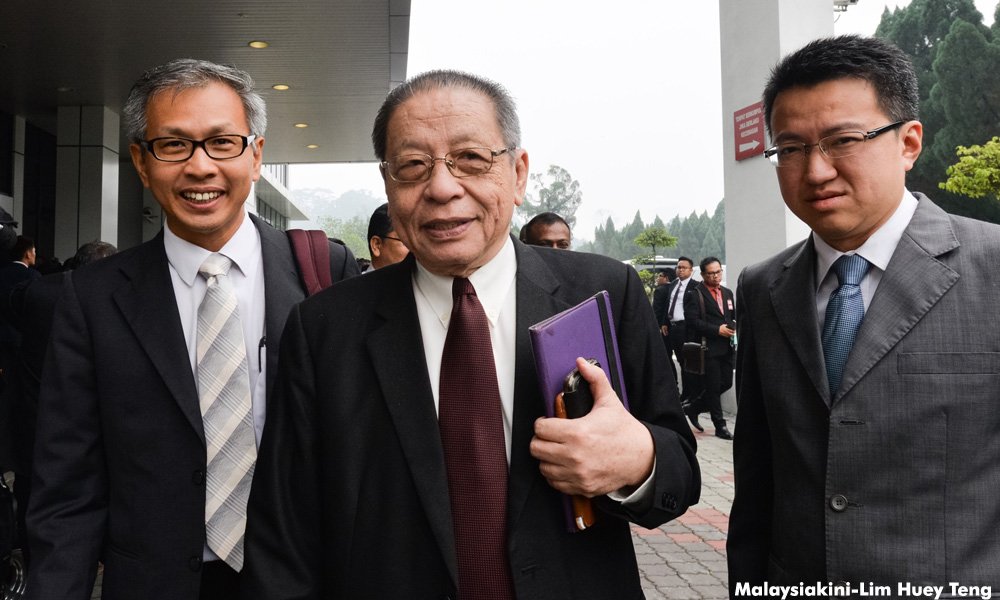 This is after deputy speaker Ronald Kiandee accused Lim of refusing to apologise to Pandikar when the Gelang Patah MP disappeared during the emergency debate on the haze situation.

Kiandee (photo) pointed out that Lim was to apologise to Pandikar after the hour-long emergency debate which was to end at 5.30pm.

“If Gelang Patah (MP) is not in the House, then we assume that he is refusing to retract his statement,” he said.

Pandikar had earlier threatened to refer Lim to the rights and privileges committee for disrespecting the speaker after Lim accused him of sabotaging the 1MDB probe.

Lim had taken issue with Pandikar for ordering the Public Accounts Committee (PAC) to cease its probe after the government appointed its chairperson and three other members into the government instead of allowing the committee to proceed under its deputy chairperson Tan Seng Giaw (DAP-Kepong).

Several opposition MPs stood up to defend Lim after Kiandee remarked that the DAP leader’s absence would be construed as a refusal to apologise.

“Why the rush, we will convene again tomorrow,” added Steven Sim (DAP-Bukit Mertajam).

However, Kiandee refused to budge, stating that the MPs should not be making assumptions.

“I stand by the speaker’s decision that the Gelang Patah (MP) must explain after the emergency debate. I take it that he is not in the House and he has defied the speaker’s instruction,” he said. 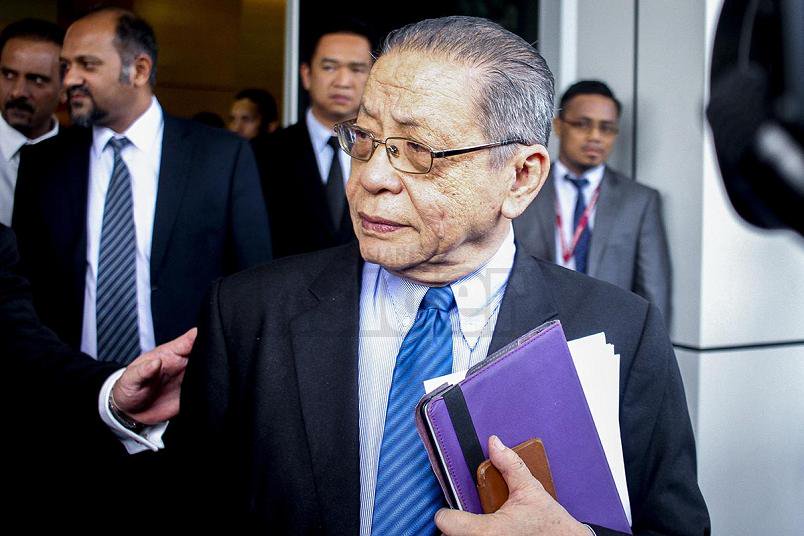 This comes after protests from the opposition bloc, who accused the government of jumping the gun and having bad intentions against the Gelang Patah MP.

Minister in the prime minister’s department Datuk Seri Azalina Othman Said retracted the notice under Standing Order 27 after she was instructed to do so by Pandikar.

Opposition federal lawmakers, especially Lim’s colleagues from the DAP, had volubly protested against the motion and accused the administration of pre-empting the move even before the veteran leader had given his defence.

“I withdraw the notice under Standing Order 27,” Azalina said.

However, Lim is not off the hook yet because he has yet to apologise or retract his accusations. 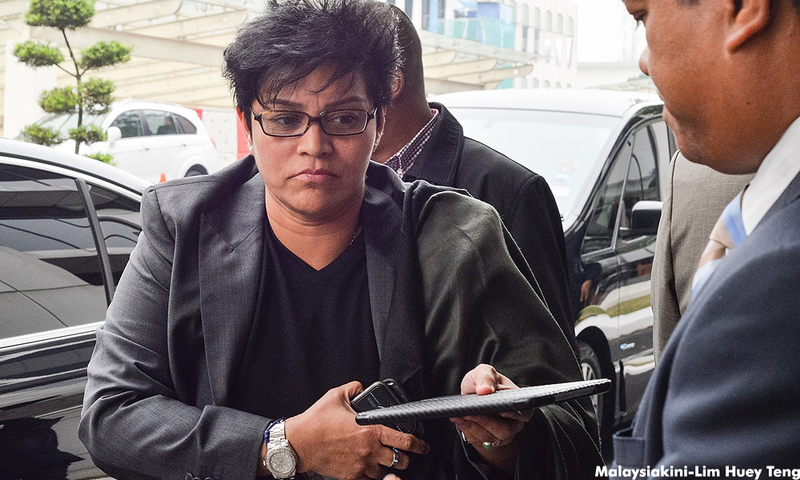 “I will table, wait for the motion to be filed later in the evening,” Azalina said when met at the Parliament lobby.

“The motion is ready and signed,” added the minister, who oversees parliamentary affairs. 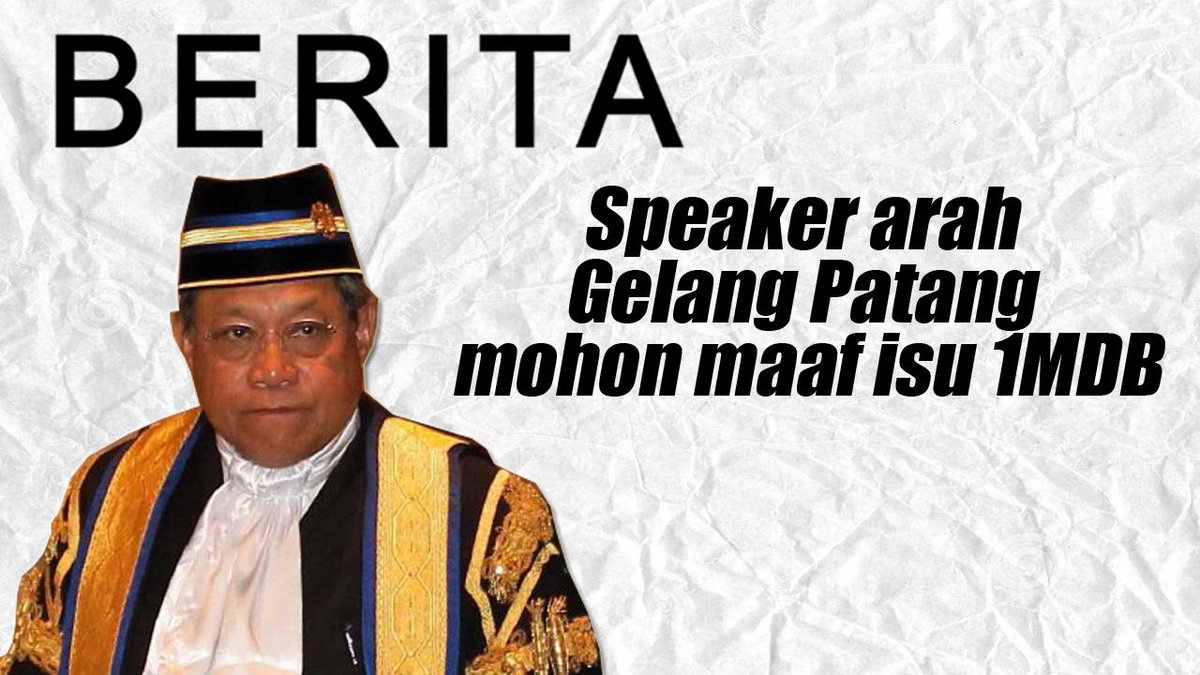 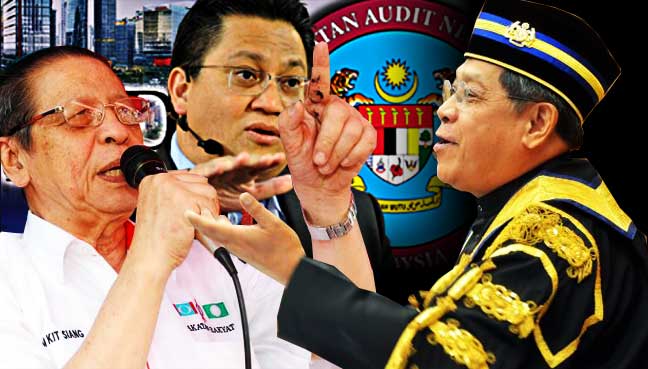 The exchange came to a head when Lim accused Pandikar of being a dictator for justifying the suspension of the Public Accounts Committee (PAC) when its chairman, Nur Jazlan Mohamed, vacated his post.

Lim also accused Pandikar of being afraid of what PAC might find out about 1MDB.

Pandikar announced the suspension of PAC’s investigations on July 30.

Pandikar told the Dewan Rakyat today that a member of the committee could chair a meeting in the absence of its chairman or deputy due to ill health or other reasons but a member or deputy chairman could not do so when the chairman’s post had been vacated.

Lim disagreed and demanded to know why Pandikar suspended PAC meetings, a move that had resulted in the 1MDB probe being delayed.

Pandikar defended his decision, taking offence in the manner in which Lim presented his argument, saying it implied the Speaker’s opinion was flawed.

“The way it was raised was as if my opinions are not right,” he said. “I am not saying my decision was right but if the interpretation made by the Speaker is always being argued against, we can’t conduct this meeting.

“If you feel like the Speaker’s decision is not right, then you should table a private bill.”

Pandikar also said nobody cared how long the 1MDB probe was taking because it was ongoing and there was no conclusion yet as to whether there had been any wrongdoing.

“If we are having this 1MDB issue which is still being investigated and we don’t know yet who’s right and who’s wrong, do you think the people care if the investigation is being carried out quickly or not?”

Lim however responded by saying, “Yang diPertua is a dictator. Is the YDP afraid that 1MDB is being investigated?”

Pandikar shot back with a snide remark and accused Lim of making a baseless accusation. 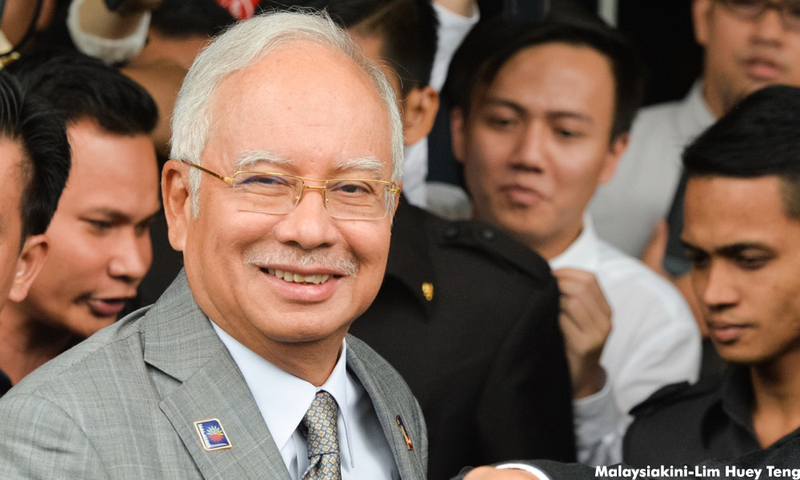 Prime Minister Najib Abdul Razak could only smile when asked about the no-confidence motion against him, but has typically offered no comment.

Najib flashed a broad smile when the media asked if he was worried about the motion filed by PKR Petaling Jaya Selatan MP Hee Loy Sian, citing the RM2.6 billion donation that had gone into the PM’s private bank accounts.

The premier was in Parliament today to answer a matter related to the National Security Council. 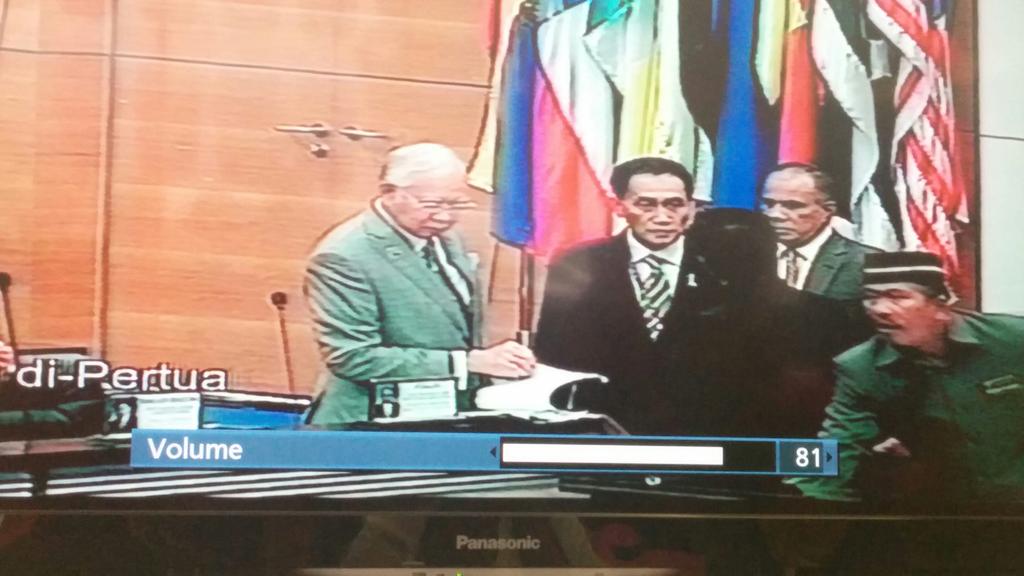 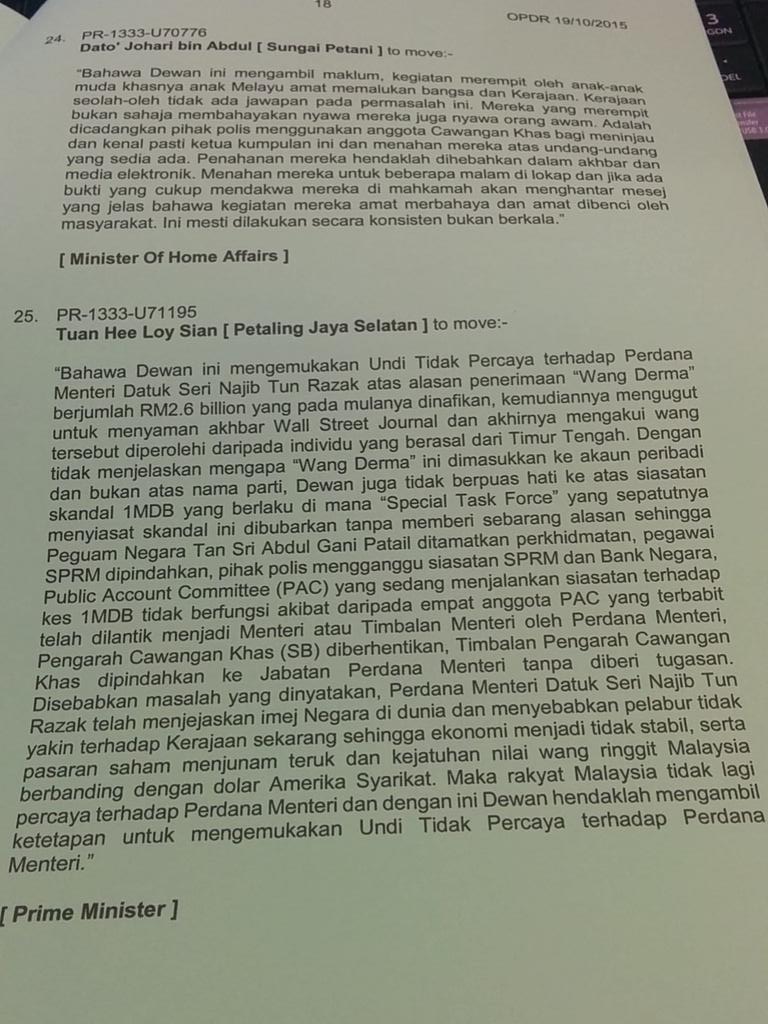 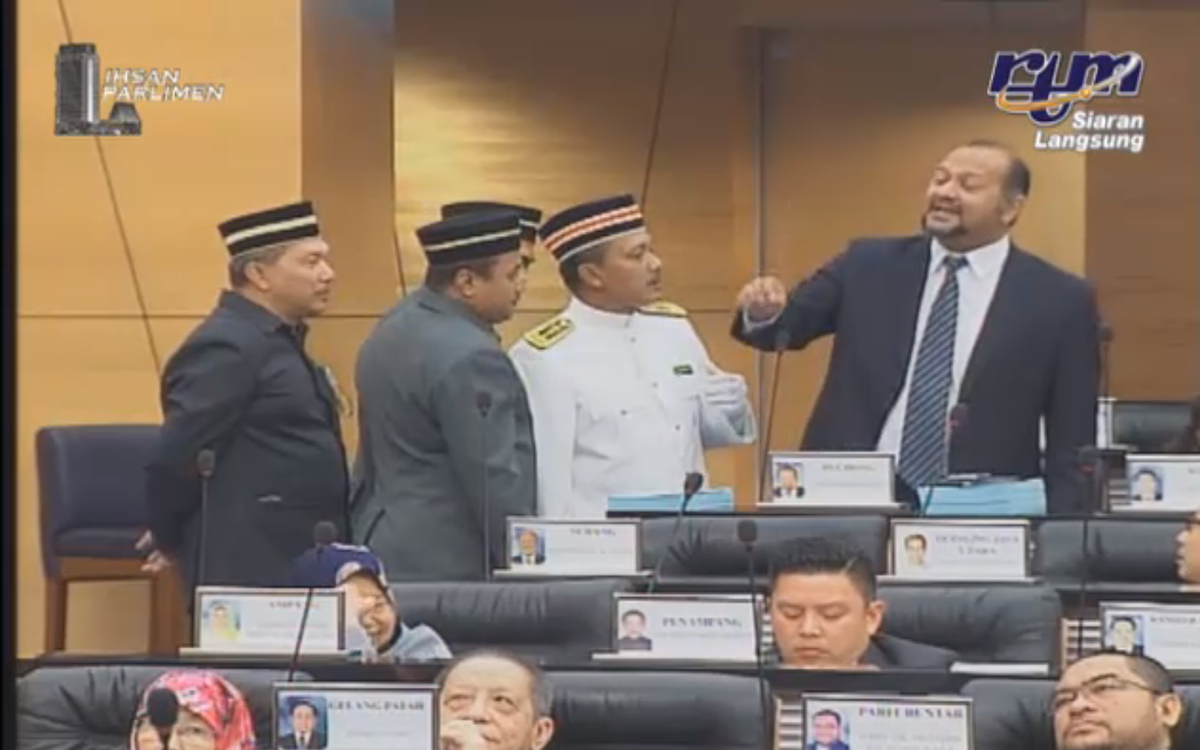 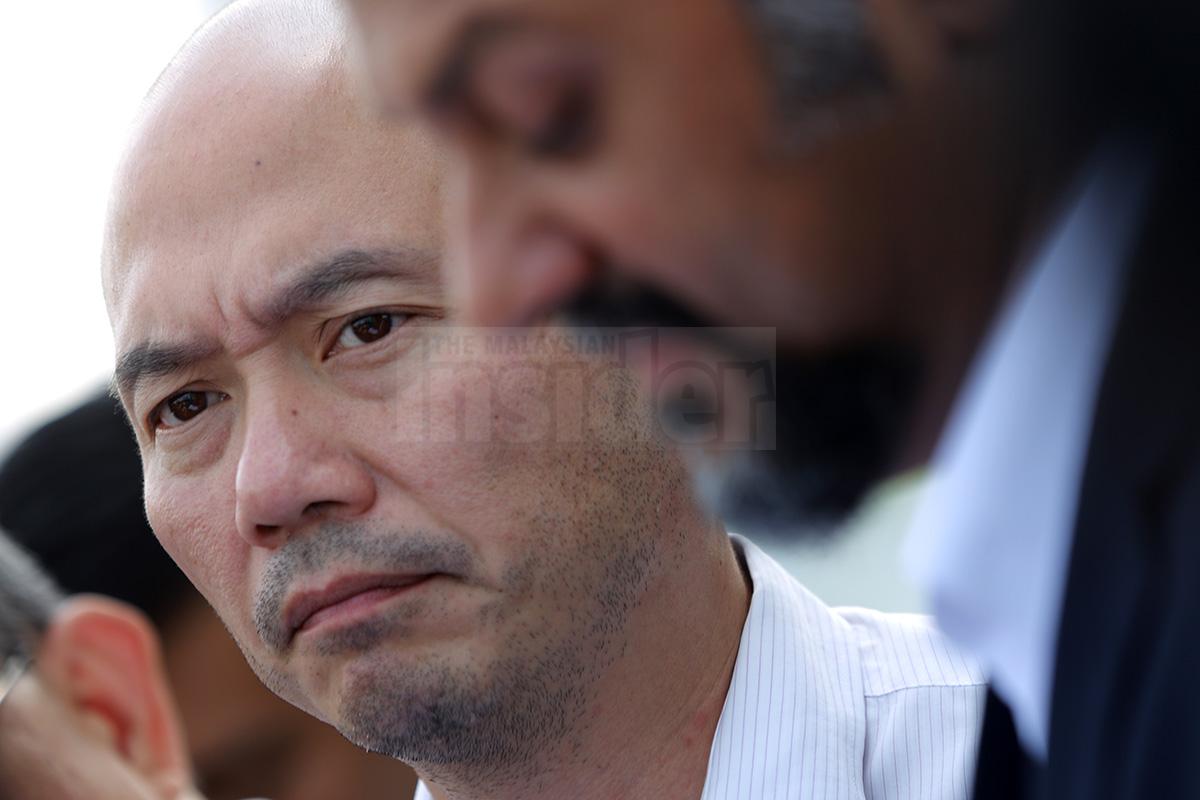 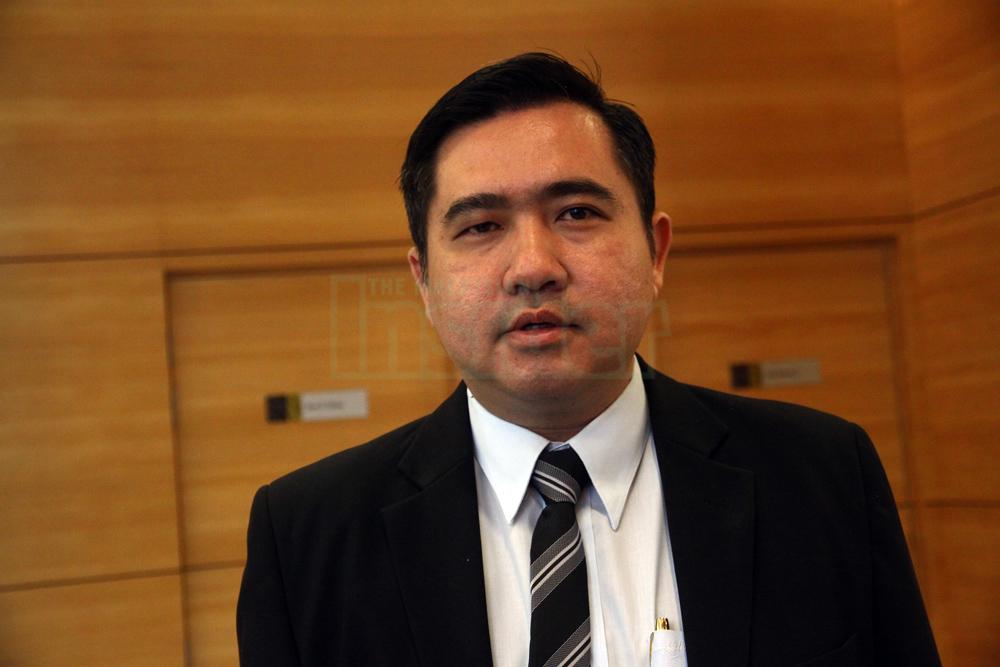 The dissatisfied opposition federal lawmaker posed the question after Chua had completed his answers.

Speaker Tan Sri Pandikar Amin Mulia then explained that there is no ruling that specifically requires a minister to answer a question posed. – October 19, 2015.

All eyes on Q.25, as opposition mp attempts to move a no confidence vote against pm @NajibRazak @ChannelNewsAsia 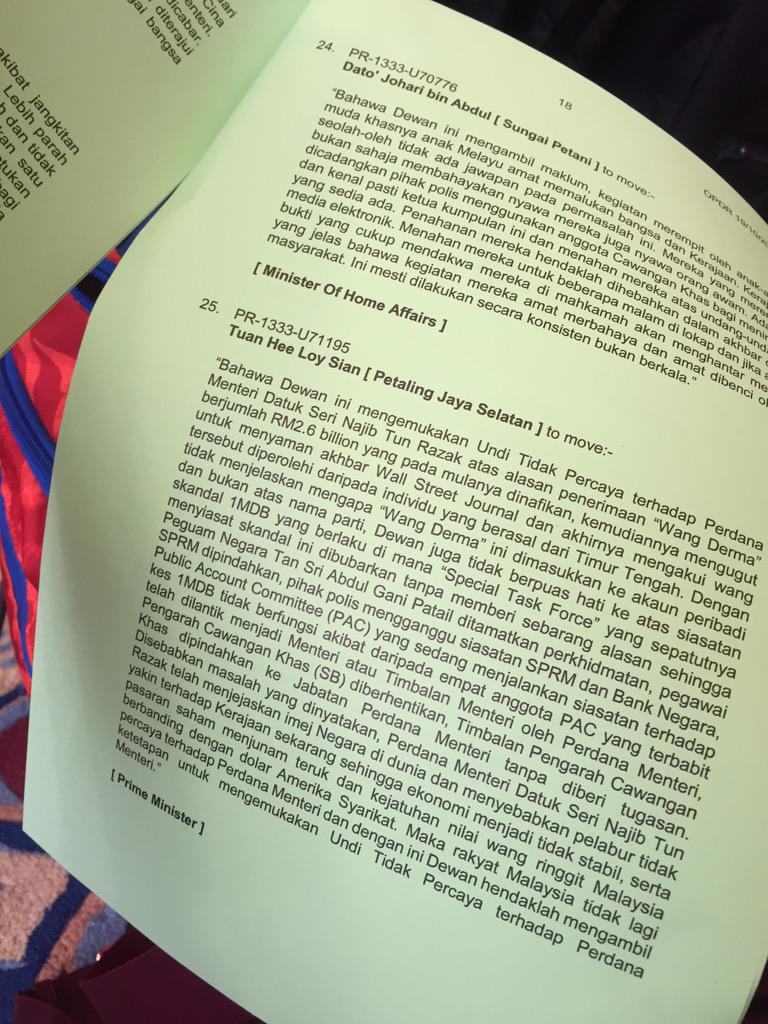 PM Najib in the spotlight at opening of Malaysian parliament

Malaysian Prime Minister Najib Razak could face a possible no confidence motion as parliament resumes for its final session of the year on Monday. 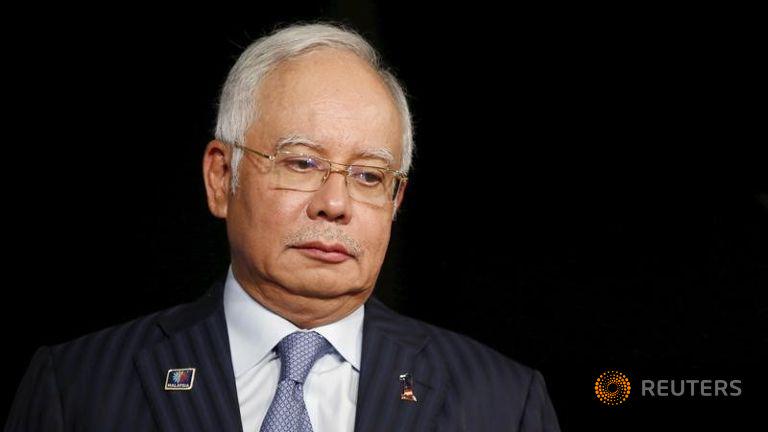 KUALA LUMPUR: Malaysia’s parliament resumes on Monday (Oct 19) and it is expected to be an eventful affair. All eyes are on a possible no confidence motion that opposition Members of Parliament are planning to move against Prime Minister Najib Razak.
…

Above all, opposition MPs will be aiming to move a motion of no confidence against Mr Najib, who is being probed over the debt chalked up by the state investment fund – to the tune of more than US$11 billion.

The question will also be asked about the US$700 million of political donations were found in his accounts. So far, Mr Najib has yet to explain where the money came from, and where it is now.

But Speaker of Parliament Pandikar Amin has warned that such a no confidence motion may not see the light of day, as there is no specific provision under the standing order.

“There is no law for such motion to be tabled; how can you table a motion,” said Mr Amin. Nevertheless, opposition MPs will be trying to defeat any bill that comes up for a vote during this parliamentary session to show that Mr Najib’s government is lost.

And first up is the national budget for 2016, which Mr Najib will table on Friday. 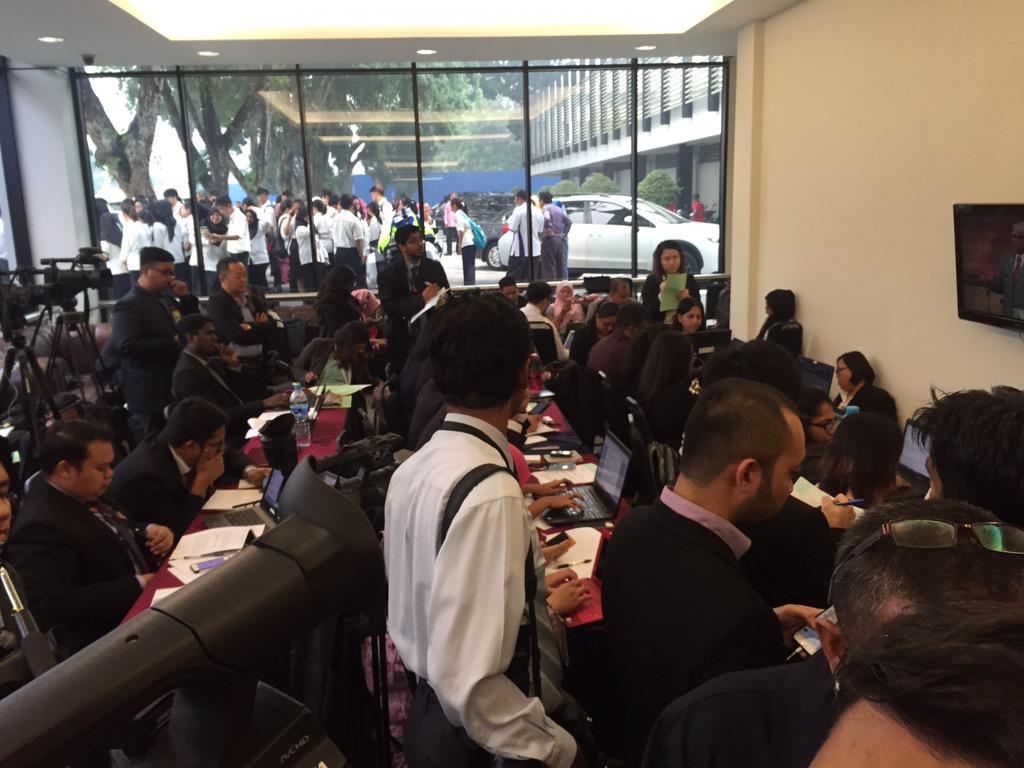 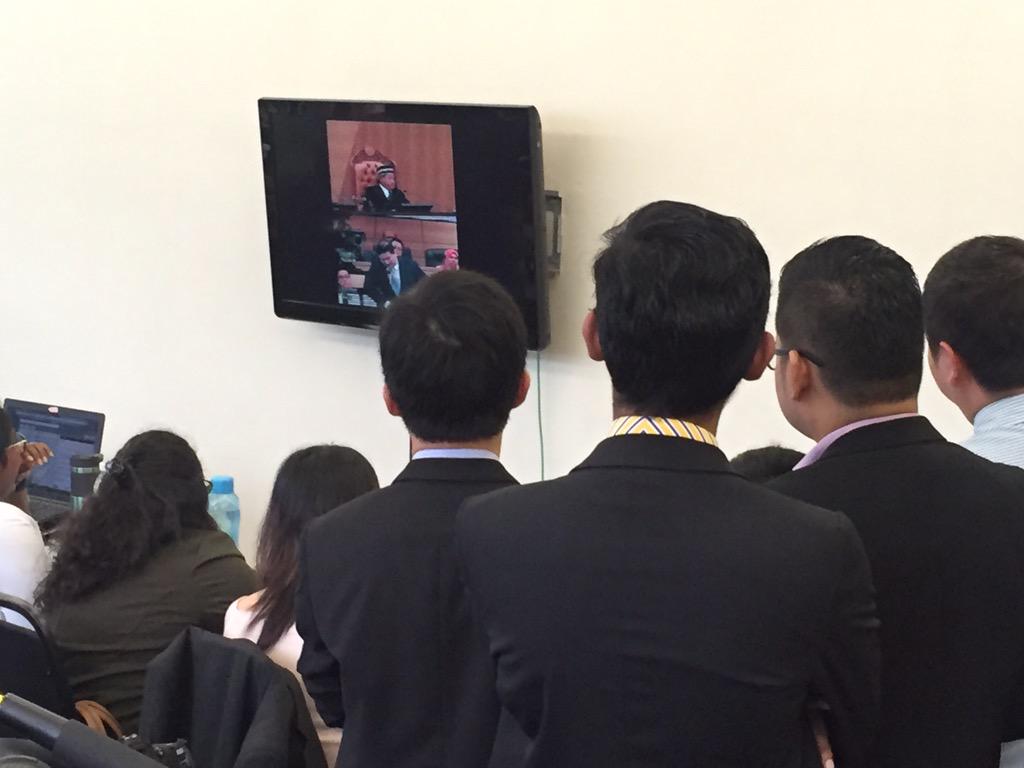 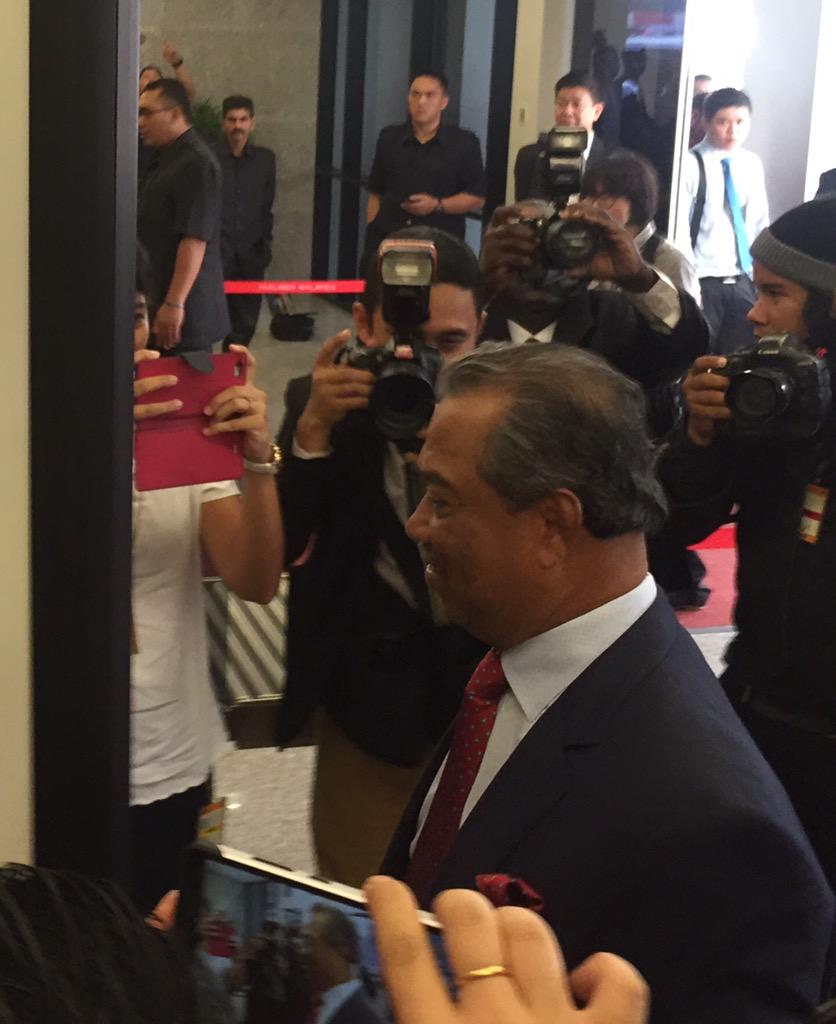 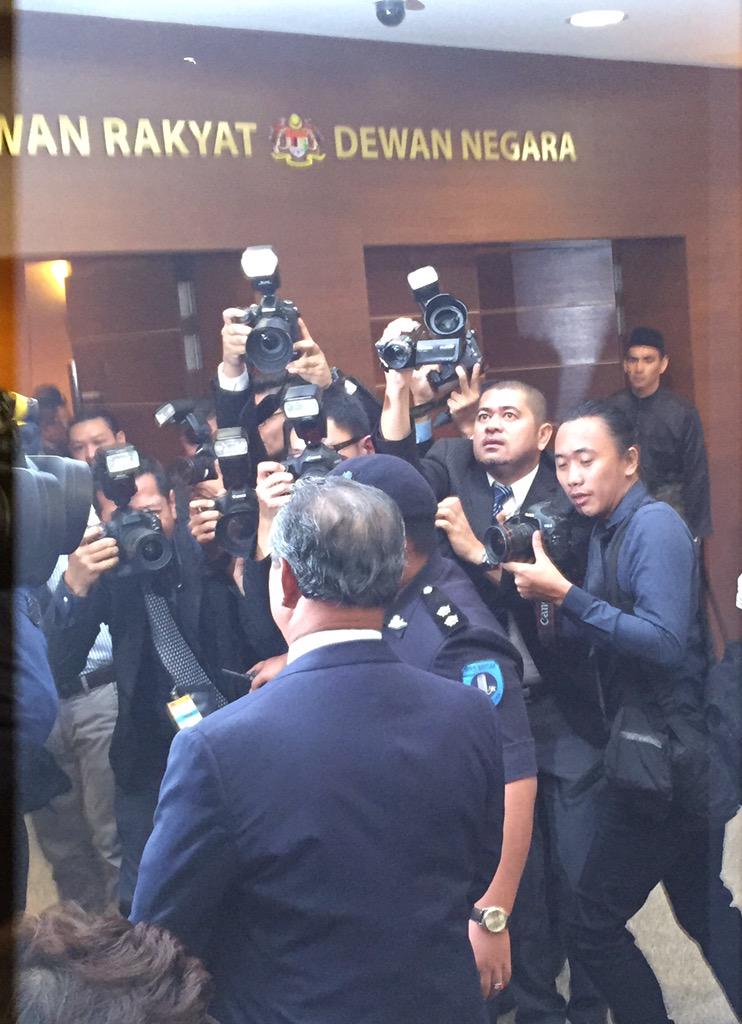 1 Response to At Parliament: The next 7 weeks…