G 25: Rulers, like all Malaysian citizens, bound by the Constitution… 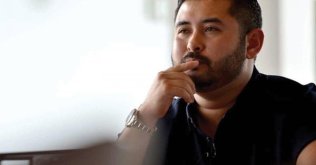 KUALA LUMPUR, April 15 — State rulers are constitutional monarchs and not despots with absolute powers, G25 said today after a brief power struggle between Putrajaya and the Johor palace.

The group, representing former high-ranking civil servants, in a firm statement expressing concern over the controversy, stressed that no ruler can remove a mentri besar unless certain legal conditions are met, reminding the monarchy of its power limits.

“It is imperative to appreciate that under our Federal Constitution, every ruler of a State in Malaysia is a constitutional monarch,” the statement said.

“In other words, he is not a despotic ruler who could act in any manner as he pleases.”

G25 said it was disturbed by the Johor Crown Prince’s assertion that his father, Sultan Ibrahim, has absolute power to appoint or sack the MB, besides allegations that the ruler was also behind Datuk Seri Osman Sapian’s resignation as MB.

Tengku Ismail made the proclamation in a statement posted on Twitter just a day before Osman’s resignation came to light. Osman was replaced by Dr Sahruddin Jamal from Parti Pribumi Bersatu Malaysia, who was sworn in yesterday.

In a sharp rebuke against Tengku Ismail, G25 said “the days where the titah of a Sultan (royal command) must be obeyed — no matter what — are gone.”

“We no longer live in a feudal society under a feudal raja,” the statement said.

G25 said a state ruler, as a constitutional monarch, has no power to remove a MB regardless of how unhappy he is with either the performance or the conduct of the mentri besar.

A Sultan may only remove the MB if he is satisfied that, via a motion duly tabled before the state legislative assembly, the mentri besar no longer enjoys the confidence of the majority of the members of the House, the Federal Constitution states.

Alternatively, he may do so if he is satisfied, through sufficient and credible evidence, after due

inquiry, that the mentri besar has lost the support of the majority of the members of the state legislative assembly.

does not hold office at the Ruler’s pleasure, G25 said.

Therefore, it is unlawful and unconstitutional for a ruler to remove a mentri besar other than in the situation mentioned above.

“These essential provisions include provisions that ensure the operation of constitutional monarchy,” the group said.

Interesting Johor was the first ruler to surrender their power to the British in ‘46 under the MU (feel betrayed yet?) which was superseded ‘57. TMJ has to face realities and don’t push “ideals” too far. He’s not covered like the 9 rulers. Make hay je la.https://t.co/PgPIEOkegi