SEA Games: DBKL will clear UMNO’s KL of the Homeless to make a good impression…

Malaysia will host the Southeast Asian Games on August 17.

DBKL will round up the estimated 1,037 homeless in the city. 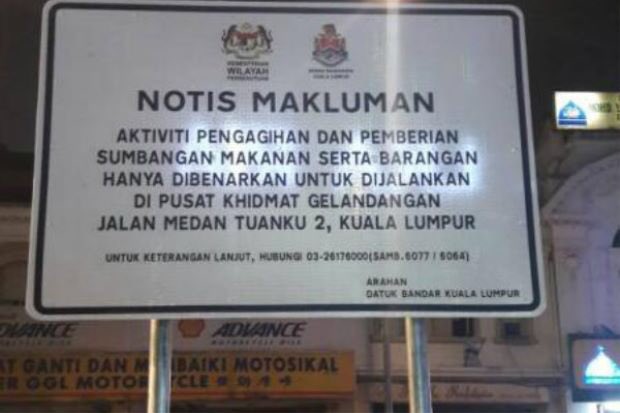 KUALA LUMPUR, Aug 4 — A group feeding the homeless in Kuala Lumpur is accusing authorities of conducting anti-vagrancy enforcement only to ensure the Malaysian capital is not unsightly for the coming SEA Games.

Dapur Jalanan Kuala Lumpur (DJKL) criticised the alleged tactic, saying the homeless should not be treated as though they were criminals.

“We should already know that the issue of homeless people happen because of economic crisis and mismanagement due to a troubled institution or a person whom has been awarded the responsibility by the people.

“And what is saddening is that these homeless people had to be hidden just so a festival can take place,” DJKL said in a statement.
Read more at http://www.themalaymailonline.com/malaysia/article/soup-kitchen-questions-sudden-homeless-crackdown#5p3yKvAu0kE0e1wr.99 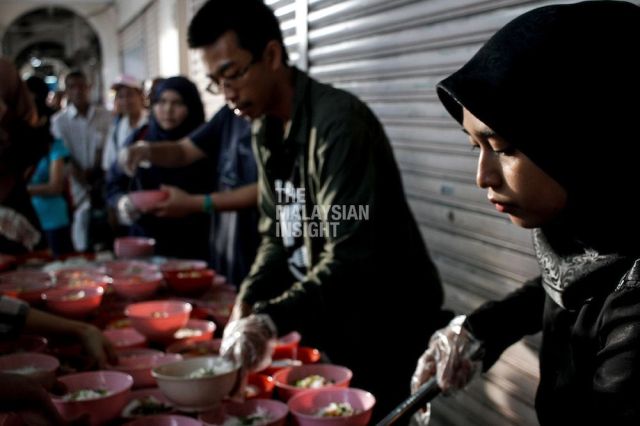 OPERATORS of soup kitchens in Kuala Lumpur have voiced concerns that the homeless community in the city is choosing to go hungry out of fear of being arrested, following an increase in raids ahead of the Sea Games next month.

A smaller number of the homeless and destitute have been turning up at feeding stations run by several charitable organisations, which claim that Kuala Lumpur City Hall (DBKL) and the Social Welfare Department (JKM) are conducting raids to “clear out the streets”.

Dapur Jalanan Kuala Lumpur said during a visit to the heart of the capital to hand out food last week, only 90 people showed up. It usually handles close to 200 people at its stall.

The group’s coordinator, Quratulain Atiqah, said the homeless were afraid they would be detained, adding that many have gone into hiding.

“We were told by the homeless that DBKL has issued a notice that soup kitchens are only allowed to distribute food at two designated places. The raids by the authorities have increased.

“This happened before when former president (US) Barack Obama was to visit Malaysia. The authorities then started rounding up the homeless,” she told The Malaysian Insight.

Listening to stories from a homeless uncle at the office. One of it is because of SEA games banyak operasi nak clear KL from the homeless 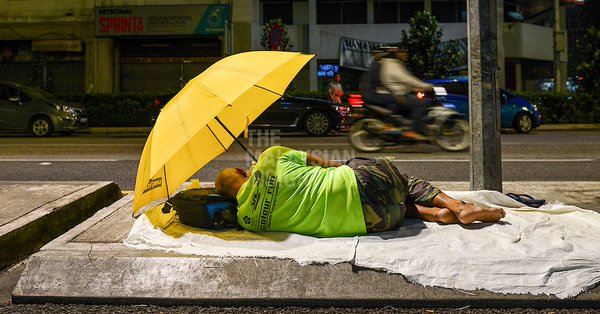 THE street raids by Kuala Lumpur City Hall (DBKL) are part of a long-term effort to round up the homeless as the council hopes to clean up the city ahead of the 2017 Sea Games, the Federal Territories Ministry said.

“As Kuala Lumpur prepares itself for the Sea Games, some unorganised areas have to be spruced up,” Deputy Federal Territories Minister Loga Balamohan told The Malaysian Insight.

However, he said DBKL officers have been conducting raids and operations on a regular basis to try and provide temporary shelter for the homeless.

Loga downplayed allegations by charitable organisations that the increased raids against the homeless in recent weeks were purely to clean up the city for the sporting event, adding that DBKL has been working with the Welfare Department to provide help for the homeless.

“It is the concern of the public that these areas are deteriorating, rather than a directive from the cabinet that these steps be taken,” he said.

The 29th Southeast Asian Games will take place from August 19 to 30 where about 4,900 athletes from around the region will be competing in Kuala Lumpur.

“This is not a cleaning-up process, rather it’s finding some temporary shelter for them.
.
Loga said the large number of rural folk seeking employment in the city has resulted in an increase in the homeless population.

“The migration of people to the urban areas is one of the reasons.”

Loga also blamed soup kitchens for the rising number of homeless, saying that “sympathisers” were inadvertently encouraging more people to take the easy way out, as they can now get free meals easily.

“Another issue is that there are also too many sympathisers around… feeding the homeless.

Like Loading...
This entry was posted in Uncategorized and tagged homeless round up in KL for SEA Games, KL homeless, soup kitchens in KL. Bookmark the permalink.