On 14  June, four fires were reported at different locations: the women’ clothing area at Mydin Hypermarket, the garment area in Terminal 2 shopping centre, a bookstore at the Terminal 1 mall, and the men’s clothing section at the Giant Supermarket in Senawang.

Seremban’s serial arsonist finally caught red-handed
By Nur Aqidah Azizi
29 June 2016 @ 10:24 PM
SEREMBAN: A serial arsonist who had been terrorising shopping malls in the state this month, was finally caught red-handed today.
.
The 22-year-old man was in the process of setting a towel on fire at a hypermarket at the Palm Mall at noon when he was busted.
.
Seremban district police chief, Assistant Commissioner Muhammad Zaki Harun said the hypermarket’s chief security guard spotted the incident via the mall’s closed-circuit television (CCTV) system.
.
“The guard immediately rushed to the location. He spotted the man, and with the aid of other guards, took him into custody,” he said.
…
The man was later handed over to the police.
.
“During questioning, the man admitted to being responsible for four other cases in the city. He admitted to using a lighter to set items ablaze.
.
“He said he did it for fun.” 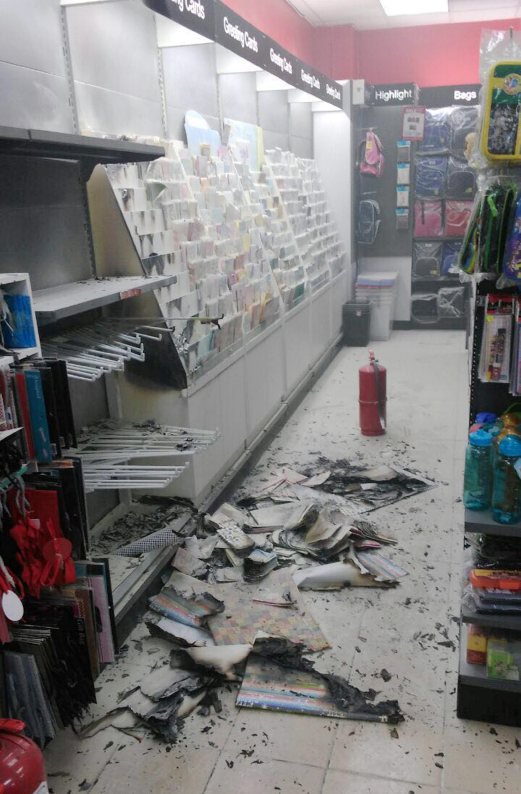 SEREMBAN: Four fires were reported at various locations in Terminal One Seremban and Giant mall in Senawang, here today, believed to be the work of arsonists.
.
The incidents occurred at a garment section and a bookshop at a mall located inside Terminal One and the men’s garment section located in Giant mall.
.
Seremban district police chief Assistant Commissioner Muhamad Zaki Harun said, checks on Terminal One’s closed-circuit television (CCTV) system revealed the image of a suspect believed to be behind the incident.
.

“Meanwhile, the image of a man sporting dark attire was captured in the Giant mall’s CCTV, right before the men’s garment area was set ablaze. We are still investigating the case and the suspects will be identified soon,” said Muhamad Zaki.

Like Loading...
This entry was posted in Uncategorized and tagged arson seremban, crime in malaysia, malaysia, serial arsonist arrested seremban. Bookmark the permalink.