Crocodile! Yes in Malacca. None in Port Dickson.

Excuse my England. Trying to speak Malinglish since some minister thinks our English to be better than Singaporeans’ Singlish…

A CROCODILE in Port Dickson! In the sea! Really? 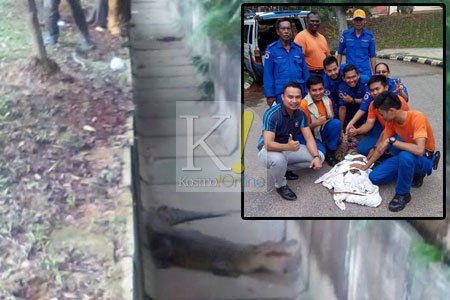 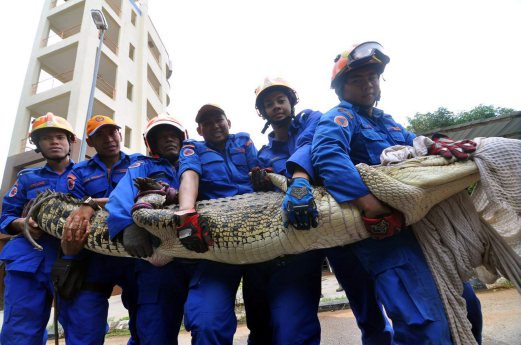 MALACCA: A two-metre long crocodile, believed to have lost its way in the monsoon drain in Melaka Perdana, Ayer Keroh, was caught by members of the Malacca Civil Defence Department (JPAM) this morning.

The reptile, weighing about 80 kilogrammes, was caught at 11am after a grass-cutter doing work in the area stumbled upon the animal, Harian Metro reported.

State JPAM director Effendy Ali said seven personnel were involved in the capture of the reptile.

“Our men took about 30 minutes to capture it. We had to subdue it first as it was behaving aggressively,

Like Loading...
This entry was posted in Uncategorized and tagged crocodile in malacca, malaysia, no crocodile in port dickson. Bookmark the permalink.

1 Response to Crocodile! Yes in Malacca. None in Port Dickson.