Anwar Ibrahim comes out of prison. For just half a day. Out again on 5 June?

Anwar: I did not engage ex-KFC man as agent

Taking the witness stand exactly a week after being imprisoned, he said the allegation by Anifah that Ishak made the offer on behalf of him was “absurd, malicious and nasty”.

“This is a very absurd proposition. I knew him (Ishak) during my days as a minister but have not been close to him since 1998 ,” he said… 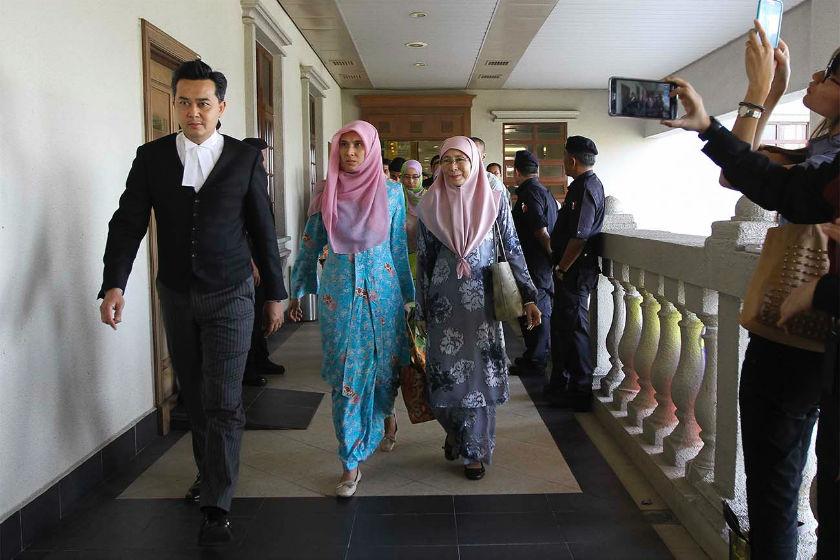 Datuk Seri Anwar Ibrahim today said Foreign Affairs Minister Datuk Seri Anifah Aman was playing to the gallery when he claimed that Anwar had sent a businessman to entice him and other Sabah MPs to defect to the opposition, the court heard today.

Anwar said Anifah made the allegation because the Umno general assembly was on at the time.

“Obviously, it was made for a specific audience and for the Umno media,” the jailed opposition leader said when re-examined by his lawyer Razlan Hadri Zulkifili today.

He said Anifah’s allegation was also an afterthought because it was not pleaded in his defence earlier in 2009.

On May 27, 2009, Anwar had sued Anifah in his personal and official capacities, claiming that the minister had linked his name to an alleged offer of a top Cabinet post.

The plaintiff claimed that the words uttered by Anifah implied that he was a dishonest person.

urul Izzah and 1 other retweeted 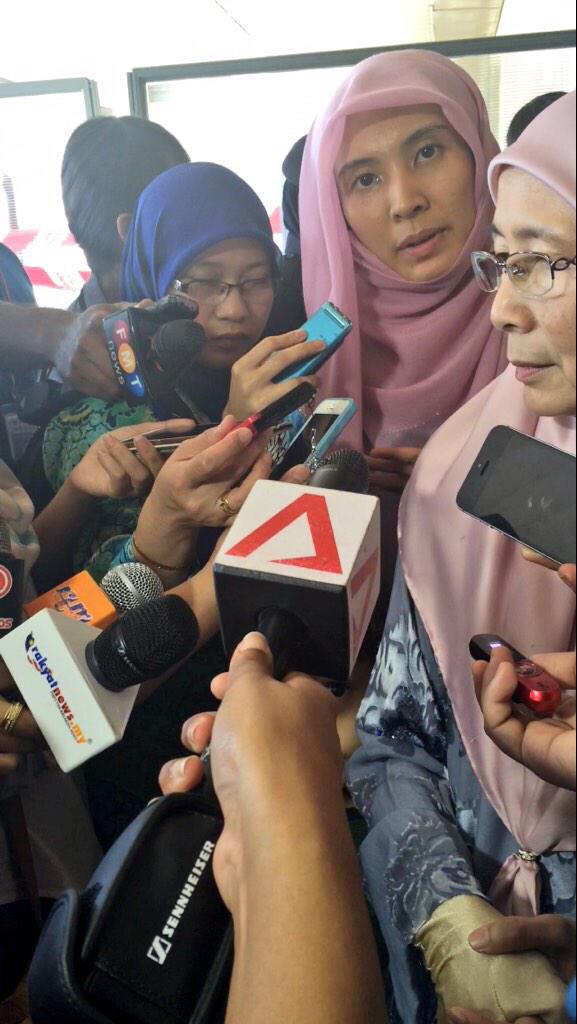 “His spirit’s strong, soaring high. He’s the one giving us the strength to carry on”@anwaribrahim‘s wife @drwanazizah 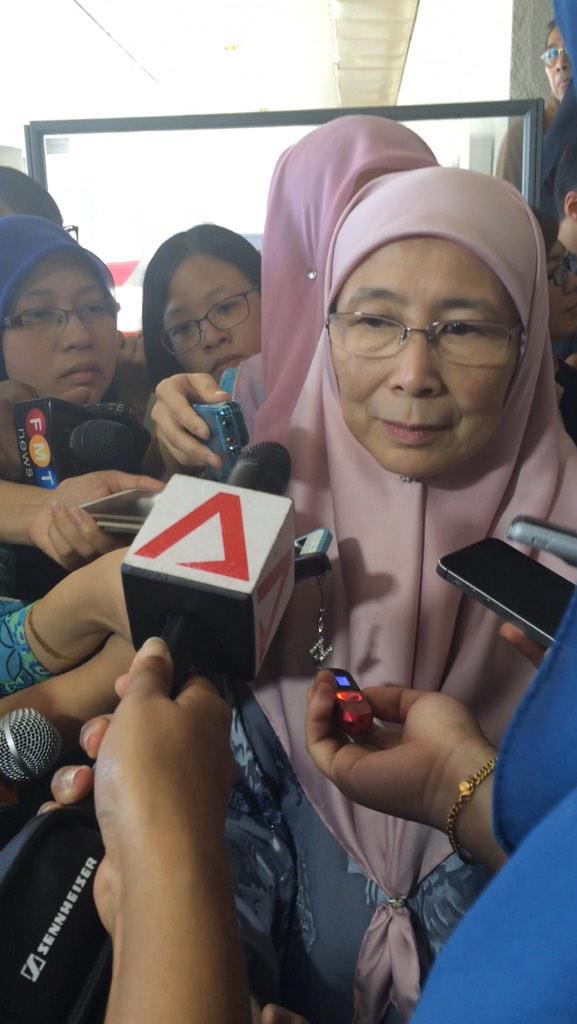 Anwar arrives in court to testify in trial against Anifah

Anwar was approached by his wife and children as soon as he was brought to the courtroom from court lockup at about 8.48am.

There was significant police presence in the vicinity of the Jalan Duta court complex as Anwar made his first appearance outside prison since beginning his five-year sentence exactly a week ago.

Supporters, who were supposed to gather outside the court complex in a show of solidarity for the imprisoned Opposition Leader, were, however, nowhere to be seen as at 9.30am.

Latheefa Koya and 1 other retweeted

.@anwaribrahim is getting under Shafee’s skin. Hahaha

.@anwaribrahim turns ard to smile at the public gallery

Anwar Ibrahim is out of prison today. In KL High Court for a defamation case against Foreign Minister Anifah Aman. 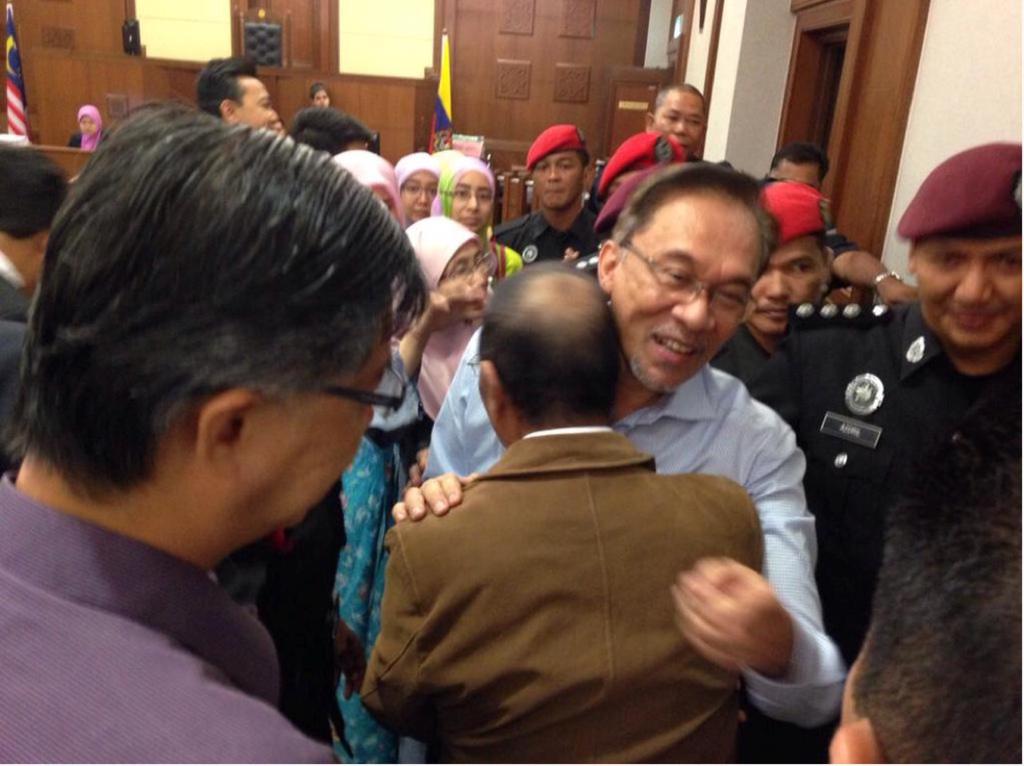 Anwar Ibrahim arrived in the KL High Court room to give evidence in the trial of a defamation suit filed by him against Foreign Minister.
…

.@anwaribrahim,family go into separate room.This is first time they’re seeing him outside jail since he was convicted of sodomy a week ago
…

.@anwaribrahim greets friends and family, shakes hands of supporters who clamor to see him, asks one lawyer, “are you feeling better?”

Like Loading...
This entry was posted in anwar ibrahim, malaysia, politics, shafee and tagged anwar, shafee. Bookmark the permalink.