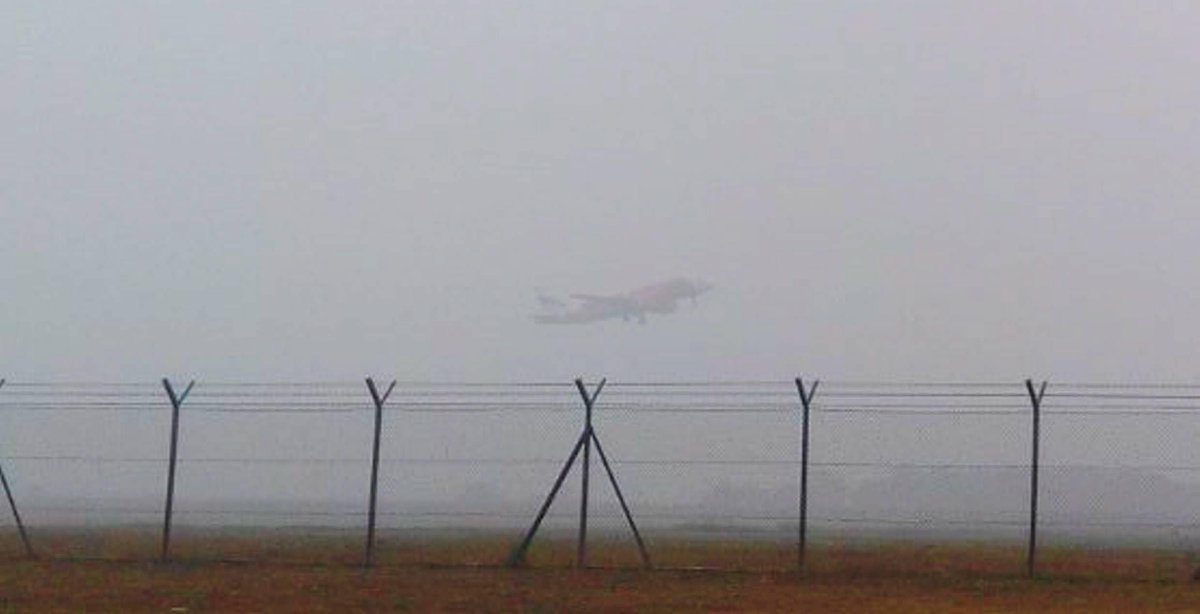 GEORGE TOWN: Universiti Sains Malaysia (USM) has decided to postpone all classes today due to the worsening haze condition.
…

“The postponement of both lectures and tutorials will involve the main campus as well as USM’s campuses in Nibong Tebal and Bertam respectively,” she said. 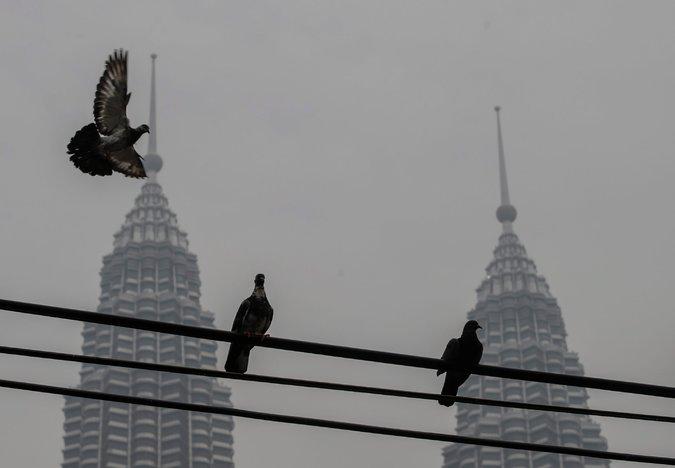 “When the Education Ministry announce the school closure, all kindergarten in that particular area will also be automatically closed,” he said in a statement, today.

No lectures in #uitm Selangor campuses on Monday #nst170 http://www.nst.com.my/news/2015/10/no-lectures-uitm-selangor-campuses-monday … 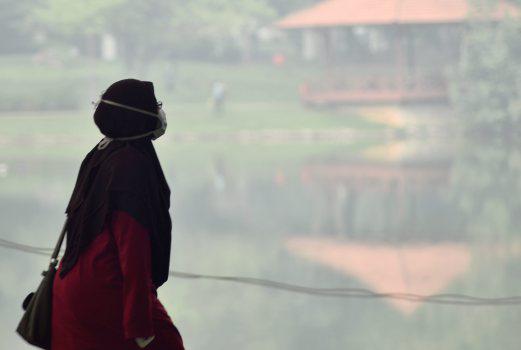 Haze: UiTM postpones lectures at all branch campuses in Selangor on Monday due to unhealthy API: UiTM VC 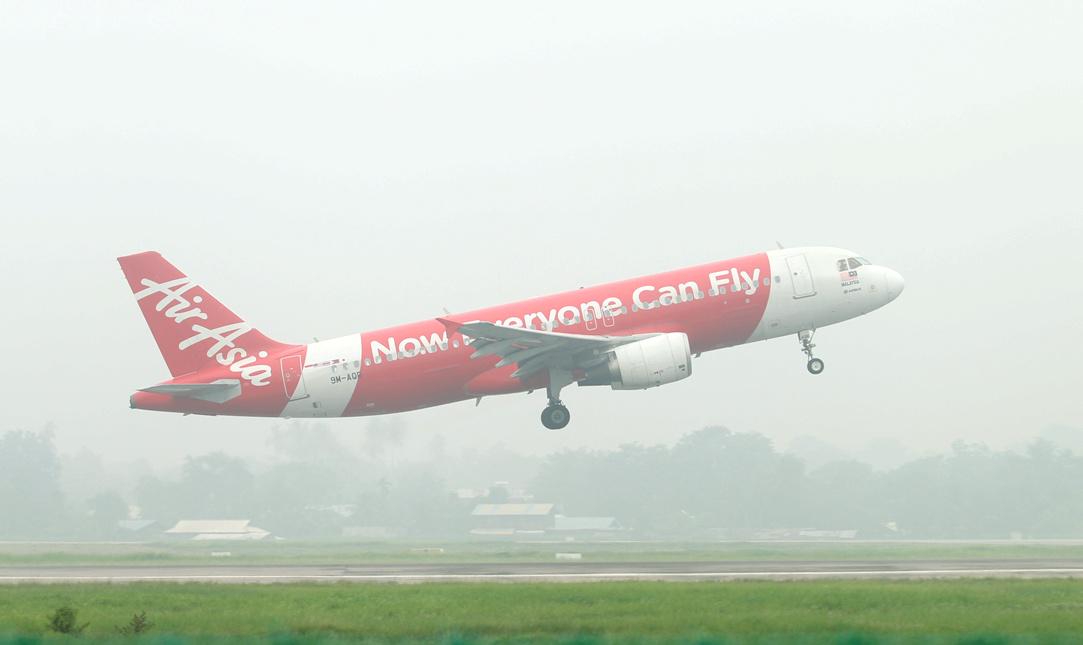 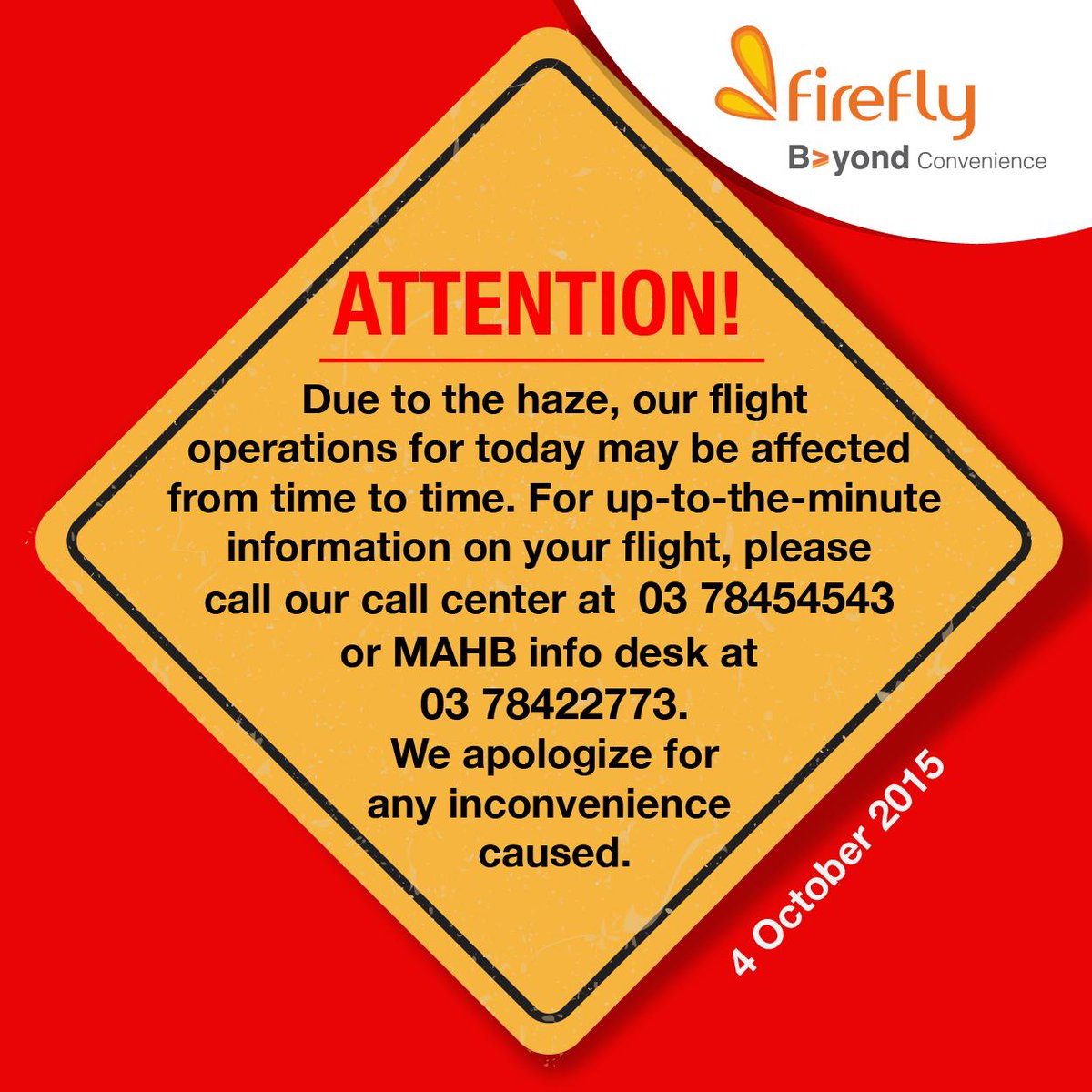 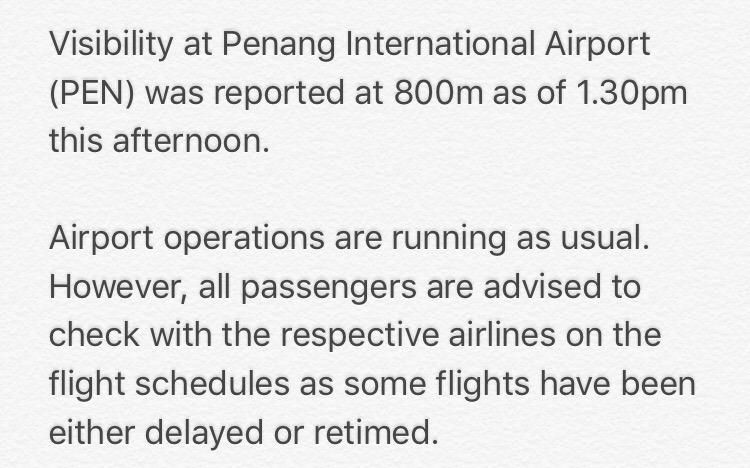 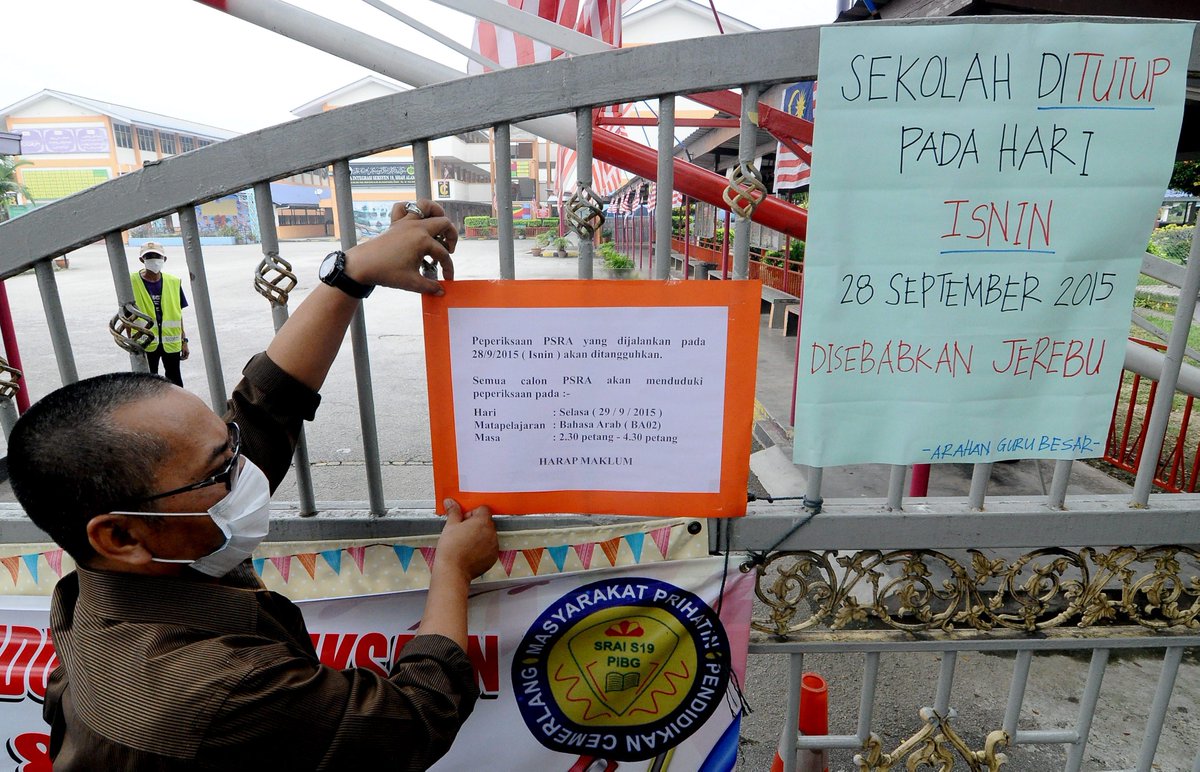 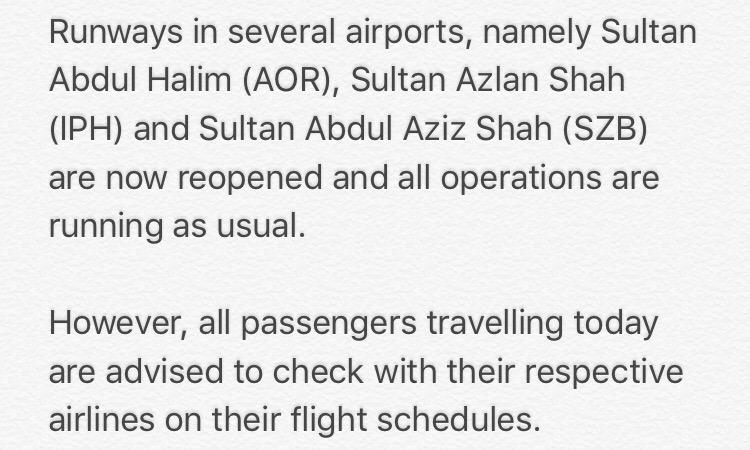 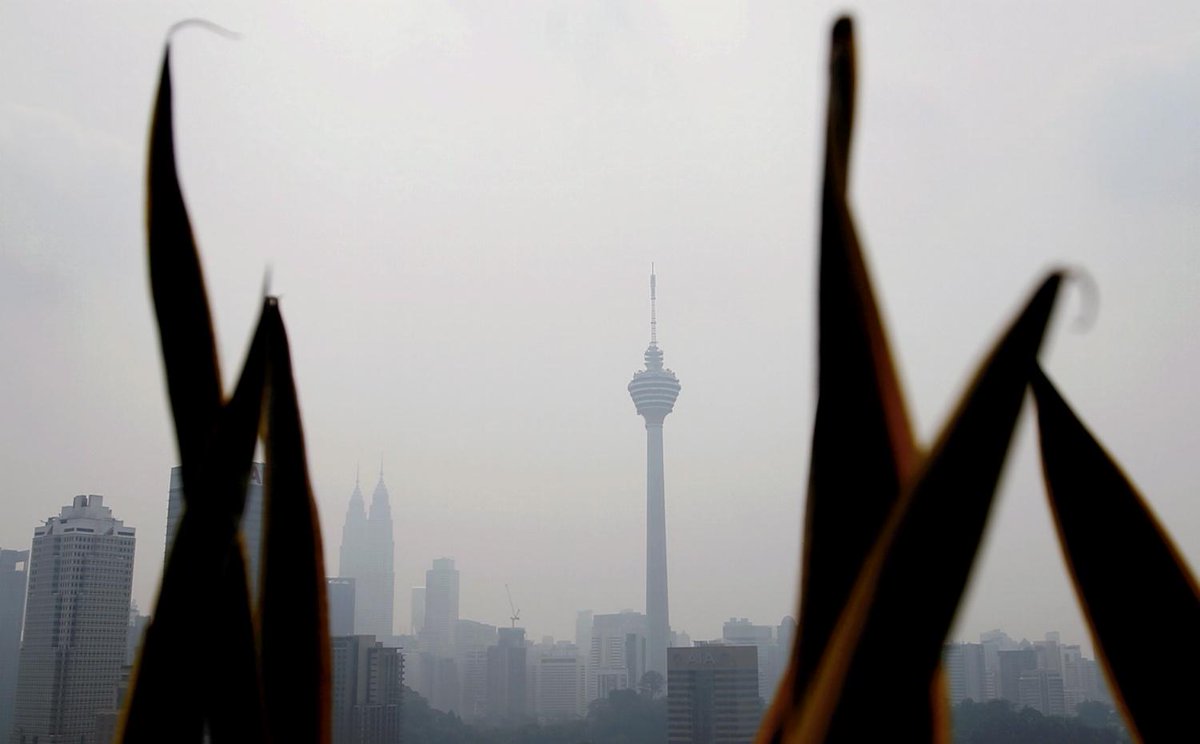 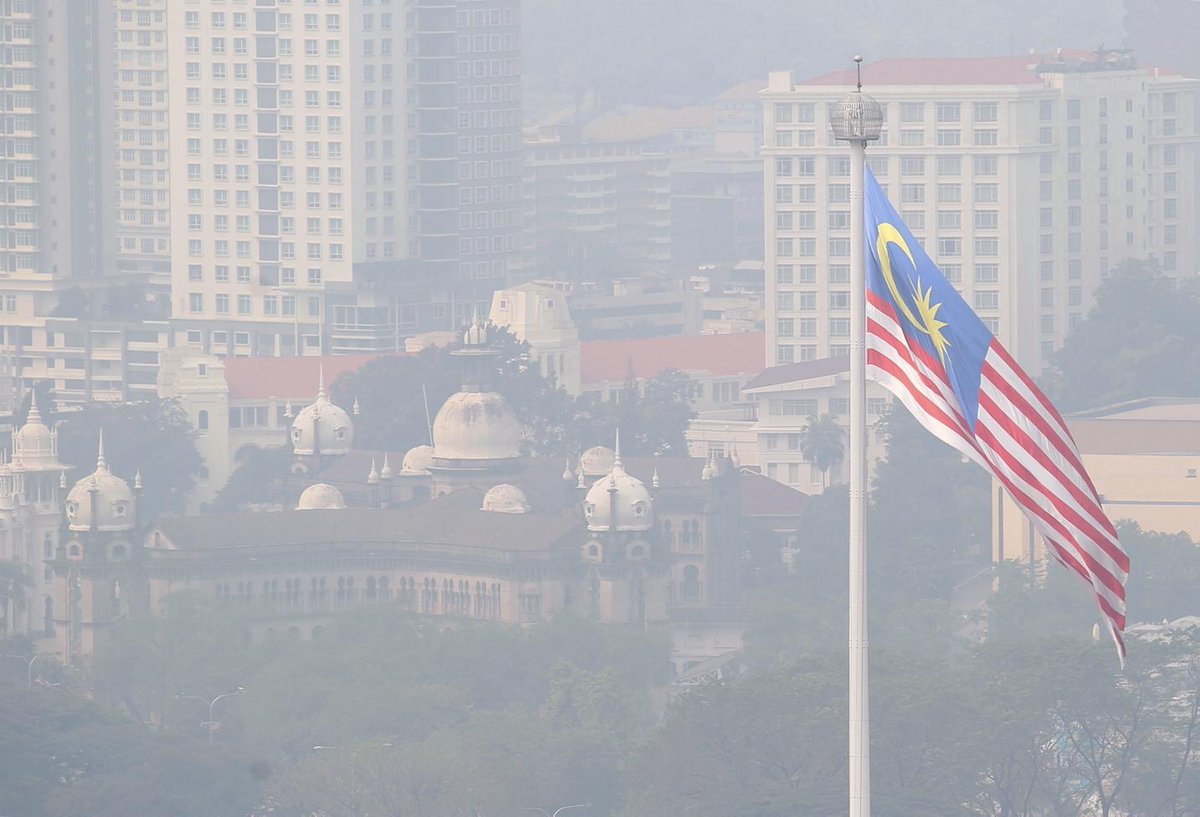 Haze back in some parts of #Malaysia http://bit.ly/1Hwdt9p 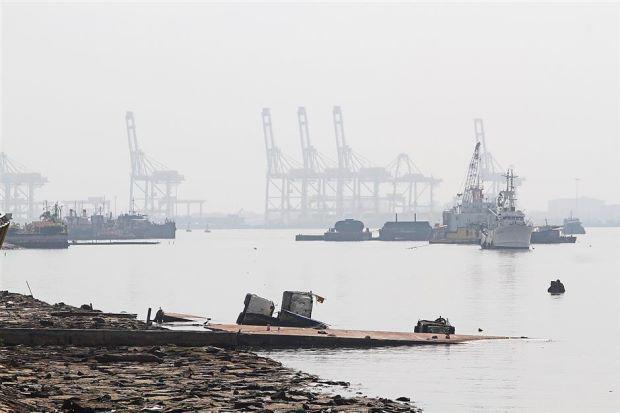 PETALING JAYA (THE STAR/ASIA NEWS NETWORK) – The air quality has worsened slightly in some places in Malaysia.

Natural Resources and Environment Minister Datuk Seri G. Palanivel said that places like the Klang Valley and Nilai had moderate air quality due to small fires at local levels during the hot and dry weather.

The Malaysian Meteorological Department said the hazy conditions might worsen in the next two months, if the dry season continued.

Transboundary haze is the movement of haze from one country to another, explains Dr Hisham Mohd Anip, a senior meteorologist from the department’s National Weather Centre.

He said there might be an increase in haze in Malaysia and neighbouring countries, even as far as north Australia, if the dry season progressed.

The haze in Malaysia is worsening http://bit.ly/1EyCChg 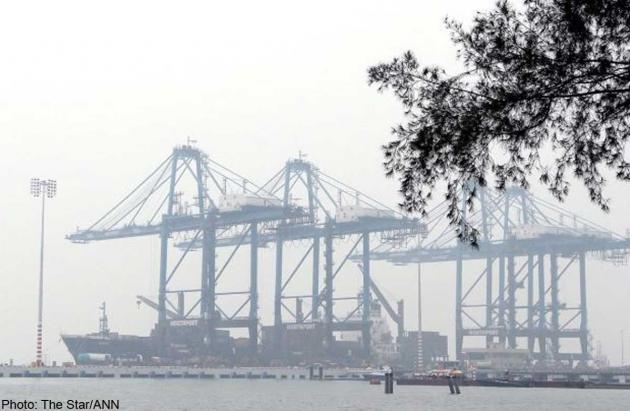 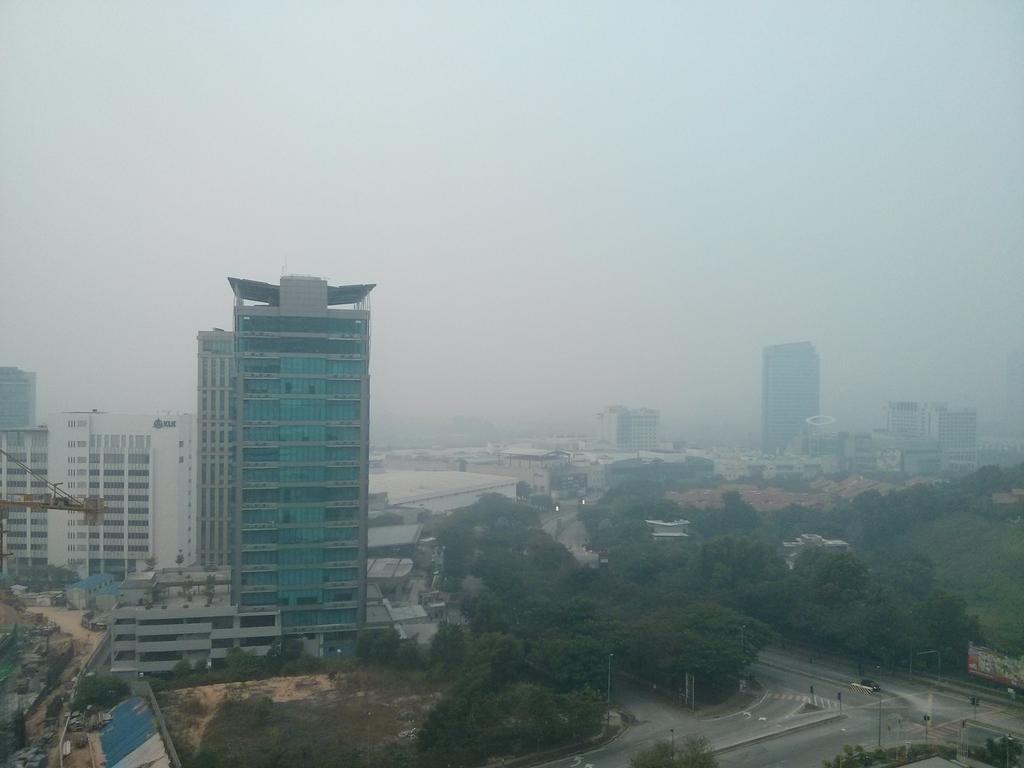 The Ipoh skyline shrouded by haze

IPOH: Fifteen primary and secondary schools in the Manjung district were ordered to close for the afternoon session on Tuesday after air quality remained at very unhealthy levels.
…

“A total of 5,945 children from six primary and nine secondary schools were affected by the closure,” said Mohd Idris.

All schools in the Manjung district near Ipoh have been ordered to close after the Air Pollutant Index (API) there registered at 239 this morning, the highest in the country.

A headmaster from the district told Berita Harian that he received an order from the Perak education department to close the school.

The API states that the air quality is considered “very unhealthy” when it breaches the 200 mark.

A check revealed that the API in Manjung has now risen to 247 at 1pm.

In Ipoh, the haze looks bad.

Haze: We are getting choked, say netizens

PETALING JAYA: The haze is showing a return and be an irritating part of our lifestyle in the coming weeks. Along with it, the haze brings health concerns for Malaysians.

Facebook user Melissa Kin Wai Cheng said that the haze in Cheras is really bad and that she is having breathing difficulties.

“If an adult is choking on the haze, how about the elderly and the kids,” she asked.

Lita Macpherson says that the heat and the haze is a combination for disaster.

“My daughter keeps having asthma attacks,” writes the worried mother.

“The haze is really bad in Cheras. I have a bad cough and many kids at my preschool are having health problems, such as, fever, cough, and breathing problems,” said netizen Kow Elainee.

The haze, which is affecting several areas of the west coast in the peninsula, including the national capital, is caused by burning activities in Central Sumatra, Indonesia and the souther-westerly winds that brought it to the country.

“ASMC reported there are 88 hotspots detected through the National Oceanic and Atmospheric Administration (NOAA) satellite imagery in Sumatra on June 21,” he said in a statement in Kuala Lumpur today.

The satellite imagery also detected 17 hotspots in the country, including  Pahang and Terengganu (one each), Sabah (five) and Sarawak (10).

An AirAsia plane taking off in hazy conditions at KLIA2 in Sepang at 140pm Monday. Starpix NORAFIFI EHSAN

PETALING JAYA: The haze looks to be back if the air in Cheras is any indication. The air pollutant index (API) in Cheras showed the district has moved into the unhealthy zone of 105 at 2pm Monday.

Other areas on the west coast with API close to unhealthy levels are Port Dickson (89) and Banting (92). Balok Baru in Kuantan recorded an API of 98.

The air in Malacca is also close to unhealthy with the city centre and Bukit Rambai recording API of above 85.

More areas in Malaysia are recording moderate air pollutant index (API) levels today as Singapore braces itself for a second round of haze from Indonesia.

Malaysia should be alert to this too. The API readings released by the Department of Environment on its website this afternoon showed that 30 places had moderate readings between 50 and 100, up from nine spots last Monday.

Bukit Rambai in Malacca had the highest API at 115 while Cheras in Kuala Lumpur recorded 101, readings considered unhealthy.

The deteriorating air quality is consistent with the warning put out by Singapore’s National Environment Agency (NEA) earlier in the day.

After almost a month of respite, the haze from open burning in Indonesia appears to have returned to our shores.

Bukit Rambai in Malacca is the first area to hit unhealthy levels of air quality today since the long lull from the hazy menace.

According to the Department of Environment, Bukit Rambai hit an Air Pollutant Index (API) of 102 and has consistently remained at the unhealthy level as of time of writing. At 5pm, the API peaked at 114.

Meanwhile, Singapore’s National Environment Agency also warned that the city state may have hazy conditions in the coming days.

The agency said the number of hotspots in Sumatra, Indonesia had spiked in the last few days to 159 areas as of yesterday.

“Over the next two days, dry weather conditions are expected to persist in most parts of Sumatra,” it said.