Ex AG Apandi gets back his passport: Will he return? 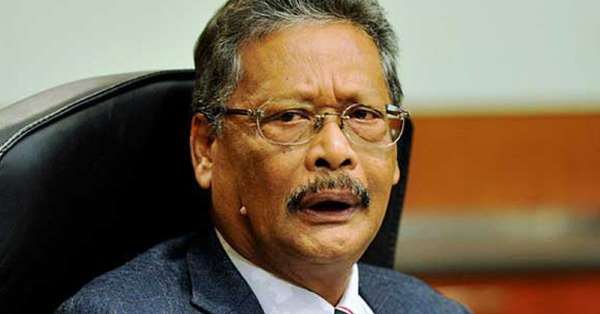 Apandi free to attend stepson’s call to English Bar, his lawyer thanks Harapan

Former attorney-general Mohamed Apandi Ali can travel to the United Kingdom to attend the ceremony to mark his stepson being called to the Bar.

His lawyer M Visvanathan said the Home Ministry and Immigration Department, in a letter dated May 8, informed his client that the travel ban has been rescinded.

In response to this, he said Apandi retracted his application for leave to initiate a judicial review against the travel ban.

“We are very thankful to the Pakatan Harapan government as the right to travel in and out of a country is a right of every Malaysian as long as the person is not charged in court or has any criminal conviction.

“We thank the government of the day for safeguarding the right (to travel) pursuant to the law and the Federal Constitution.

“There are no charges, nothing against him, so there should not have been any travel ban in the first place,” he added.

Visvanathan was speaking to reporters after attending the case management in relation to the legal action in the chambers of High Court judge Mariana Yahya in Kuala Lumpur this morning.

The judge made no order on cost in the matter. Apandi was not present.

Ex-AG Apandi Ali needed his passport to be in the United Kingdom in July as his stepson would be called to the English Bar. He said he is not applying for the travel document to run away from the country.https://t.co/h5f3g8WHmr

PETALING JAYA: Former attorney-general Mohamed Apandi Ali has filed a judicial review against the government for its refusal to allow him to apply for a passport and preventing him from leaving the country.

Apandi, in his application filed in the High Court of Kuala Lumpur through legal firm Messrs Saibullah MV Nathan on Thursday, said he was informed verbally on Feb 22 on the restriction imposed on him.

The former government chief legal adviser, who was sacked from office after the Pakatan Harapan government was voted into power, said he needed his passport to be in the United Kingdom in July as his stepson would be called to the English Bar.

He said he is not applying for the travel document to run away from the country.

Just in case you cannot remember what Apandi Ali, the former Attorney-General said, or did, here is a short piece on him…by a former Umnon-Baru man…
Then you know what Apandi is all… https://t.co/oY7lSGmIl2

Like Loading...
This entry was posted in Uncategorized and tagged Ex AG Apandi fights to get back his passport:. Bookmark the permalink.