GE 14: How many Malaysians will return to vote? Perhaps BN doesn’t want them to…

M’kini accused of ‘twisting’ Zahid’s ‘best not to vote’ remark, but here’s the proof

Accusing the news portal of being “rude (biadap)”, the PCM leader urged the police and Malaysian Communication and Multimedia Commission (MCMC) to act against the news portal.

In a statement forwarded by the special affairs division (Jasa), Huan said the article titled “Best not to vote if you can’t get leave, Zahid tells M’sians in S’pore” gives the impression that the government does not encourage Malaysians working in Singapore to return to vote.

He also claimed that the headline of the article intended to stir hatred amongst Malaysians towards the government.
.
Huan also accused Malaysiakini of breaching the Anti-Fake News Act 2018, which came into effect last week.

Malaysiakini’s article on Zahid was based on an audio recording of what he told reporters at the sidelines of an event in Kluang, Johor, last Friday.

Below is the question posed to the caretaker deputy prime minister and his answer in verbatim:

Reporter: Datuk Seri, your advice to Malaysians, especially Johoreans working in Singapore to come back, to take time off, to vote. What’s your advice?

The audio recording of the abovementioned conversation is attached below. 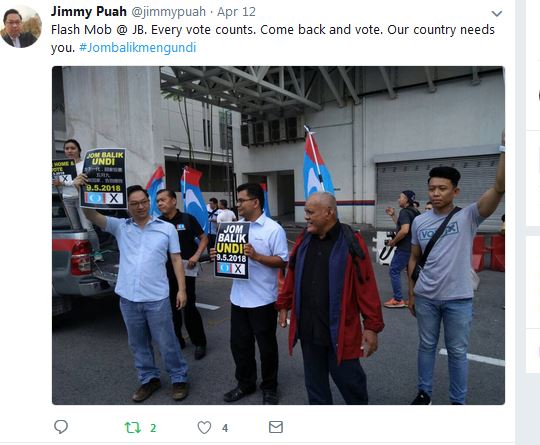 #Thread Dear @NurJazlan, as an affected overseas voter currently studying in Singapore, honestly what is your problem & other ministers for that matter with all of us exercising our civic duty to vote? It’s our constitutional right u/ any Commonwealth nation around the world. 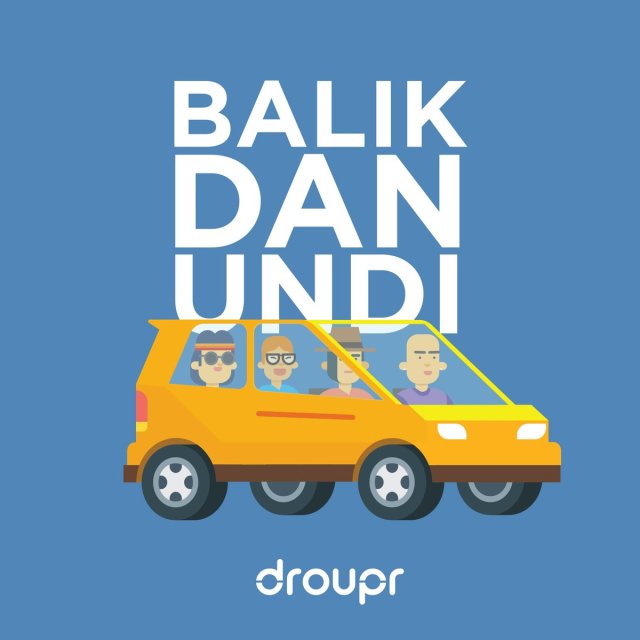 Could M’sians in S’pore be game changer in GE14?

During the 2013 general election, a substantial number of the 385,000 Malaysians residing in Singapore returned home to cast their votes. Some even returned from further afield – UK, Hong Kong and Australia included.

Malaysians voters residing in Singapore could potentially make a difference to the GE14 outcome, as many hail from suburban areas where there are 30 marginal seats with Malay majority of less than 65 percent. Based on the results of the last general election, these seats are up for grabs by the opposition, as in some cases, the opposition lost by a few hundred votes.

Liew Chin Tong, a social scientist and opposition MP did not name these marginal constituencies for “tactical reasons”, but identified them as

According to Kluang MP Liew Chin Tong, if Umno loses these 30 seats and a further 10 in Perlis/Kedah (Cluster 1), it could usher in a new Malaysia. The “Mahathir effect” could affect voters in Cluster 1, where his party Bersatu is making good progress.

It is for this reason that many people I spoke to, including activist Thomas Fan, predict that GE14 is unlikely to happen in mid-February when most Malaysians in Singapore would return home for family reunion. They are the anti-establishment voters Umno would like to keep out.

If the Malaysians in Singapore are mobilised to return home to cast their votes, in the light of the current trend, they, together with the “Mahathir effect” which was missing in the last general elections, could change the political landscape of Malaysia.
.

With the exception of Singapore and Vietnam where voting is compulsory (hence their voter turnout of 94 percent and 99 percent respectively), the voter turnout in Malaysia at 85 percent in the 2013 general election is highest amongst Asean countries.

Many are willing to devote time and money for the cause of change through the ballot box despite all the odds stacked against them. This is a credit to the country, and the people.

TAN WAH PIOW is a Singaporean lawyer exiled in London for almost 39 years.

Malaysians taking part in the Bersih 5 rally in Sydney on November 22, 2016. Many voters have expressed scepticism over the postal-voting process and are willing to fork out money to fly home to vote at the 14th general election. – Facebook pic, January 19, 2018.

MALAYSIANS in Australia prefer to come home to vote in the 14th general election because they lack faith in the integrity of the postal-voting process, said a campaigner.

Australian National University (ANU) graduate Sum Dek Joe said although the Malaysian postal-voting system appears similar to that of First-World countries, Malaysians were generally sceptical because they have little confidence in the public institutions of their homeland.

“As a registered voter, I’m not confident in the process. This explains why I, despite being the organiser of the oversea-voting campaign in Canberra, did not file a postal-voting application,” the Malaysian Progressives in Australia (MPOZ) Canberra representative said in an email interview with The Malaysian Insight.

MPOZ branches in Melbourne and Canberra last year ran an overseas-voting campaign to get more Malaysians to vote. The young Malaysians in Australia managed to get more than 40 applications approved.

There are currently more than 2,000 Malaysians living in Australia who are of voting age, according to electoral watchdog Bersih 2.0.
.

Overseas Malaysians may vote by post. According to Global Bersih’s GE14: the guide to voting, the Election Commission has established two ways for Malaysians abroad to vote by post.

MPOZ president Jason Wong said he knew many students who were hoping for elections to be called early in the semester, in February or March.

“They’re worried about costs and skipping class. Conversely, if they happen to be at home when the election is called, they cannot vote if they have registered to vote from Australia. The date is unpredictable.”
.

“Bersih Sydney, through its various events, continues to encourage Malaysians to register as voters and to go home to vote when the time came.

“For the reasons mentioned above, we think that flying home to vote (again, unfortunately) remains the safest option.

Like Loading...
This entry was posted in Uncategorized and tagged mALAYSIANS IN SINGAPORE, malaysians overseas: return to vote?, postal vote, postal voting. Bookmark the permalink.