It was Papagomo who called Jamil Khir Baharom, Jakim chief, about Nur Sajat…

Stop transphobic attacks on Nur Sajat at once

LETTER | Diverstiy Malaysia notices there has been an increase in malicious personal attacks by one ‘Wan Muhammad Azri’ on Nur Sajat and her gender identity since last Monday (Jan 15).

The series of attacks began with a video posted on a Facebook account questioning the inaction of Jakim in handling transgender issues.

Subsequently, this person launched a series of attacks against Nur Sajat through one ‘Sir Azri’ Facebook, Instagram and YouTube accounts. The attack is still ongoing as of today.

We, Diversity, advocate for gender equality which includes all genders, i.e. male, female, transgender, and other non-binary genders. Diversity condemns these attacks on Nur Sajat for one main reason: the right to determination of gender is a personal choice and individual’s private right.

We view that this right as one of the fundamental rights and liberty as protected under our Federal Constitution. This right should not be determined by any religious authority or any other person(s).

Notwithstanding that, if at all, we assume to agree that this right should be determined by the religious authority, questions arise as to why Nur Sajat has to undergo a lengthy “gender verification test” but not others.

In the same breath, shouldn’t this ‘Sir Azri’ also be subjected to the same test to determine his/her gender?

Furthermore, we wish to state/highlight the following:

1. We doubt the silence and inaction of the police…

2. We urge the Malaysian Communications and Multimedia Commission (MCMC) to take immediate action against this ‘Sir Azri’…

3. Besides, the continuous attacks on Nur Sajat due to her gender are an obvious case of cyber-bullying…

4. We remind all media to report with appropriate terms and not by using “bapok”, “pondan” or such other derogatory terms…

5. Lastly, should an amicable solution be not plausible, we recommend for Nur Sajat to take a civil court action on the basis of defamation, assault and intimidation. Let the justice be called upon in the courts of law with a precedent to be set there once and for all. 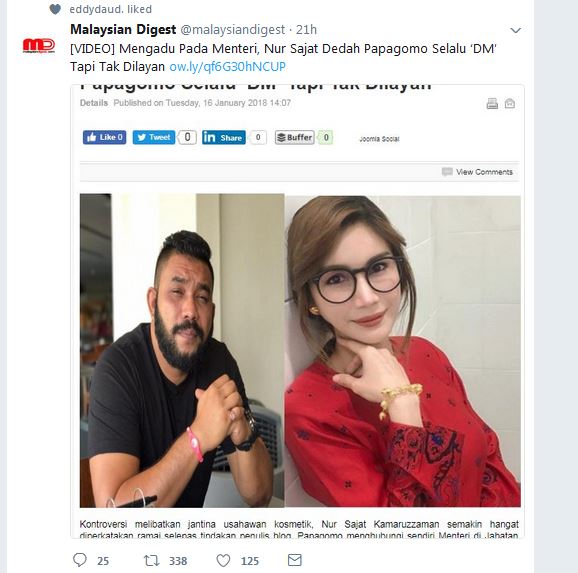 A new reality for Malay-Muslims here, if you are living as or accused of being transgender. It is not enough to be yourself, you may be required to “officially verify” your gender through a religious bureaucratic process. @justice_sisters @empowermalaysia 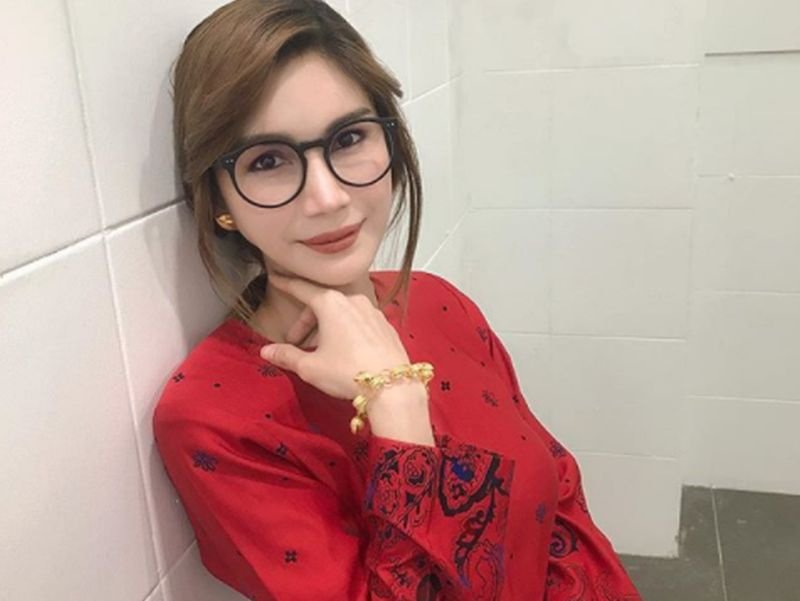 In the video, Wan Muhammad Azri demanded Jakim take action against Nur Sajat, whom he described as a “pondan” (a derogatory word for transgender).

The Islamic Development Department (Jakim) today said it had found a “resolution” to rumours of cosmetics entrepreneur Nur Sajat Kamaruzzaman being transgender.

Jakim assistant director Mohd Yzwan Md Yusof today confirmed that a meeting was held between the department and Nur Sajat in Shah Alam.

“We have found a resolution. God willing, everything went smoothly.

“This resolution is to get confirmation of Sajat’s real identity,” he was quoted as saying by Mstar Online.

Nur Sajat’s parents were also present during the meeting.

The entrepreneur, through her Facebook, also confirmed the meeting, which she had agreed to after a request by Jakim.
.

Marina Mahathir and 1 other Retweeted

1 Response to It was Papagomo who called Jamil Khir Baharom, Jakim chief, about Nur Sajat…