AirAsia Indonesia Flight QZ535: Some people are always waiting to run down AirAsia…

Aviation: AirAsia’s Tony Fernandes on Flight QZ535 : ‘Our pilots and crew did a sup… – The Edge Markets

AirAsia’s Tony Fernandes on Flight QZ535: ‘Our pilots and crew did a superb job’

“Our pilots and crew did a superb job. Plane lost pressure which happens to many aircraft. Pilots in a controlled manner took the aircraft down to a safe altitude where oxygen was not needed and the airacft lands safely.

“Depressurisation happens. I have been in an another airline when that happened and pilots also did an excellent job and are trained for it. Crew were not screaming but telling passengers as they had to sit down and belt up and get oxygen on for safety reasons,” Fernandes said.

CNN reported yesterday that AirAsia told CNN in an email that the flight was diverted after a “technical issue.” It was reported that the aircraft was being examined on Sunday to find the cause of the problem.

“We commend our pilots for landing the aircraft safely and complying with standard operating procedure. We are fully committed to the safety of our guests and crew and we will continue to ensure that we adhere to the highest safety standards,” Capt. Ling Liong Tien, AirAsia Group’s head of safety, said in the statement.

PETALING JAYA: The Department of Civil Aviation (DCA) has come to the defence of the pilot and crew of AirAsia Indonesia Flight QZ535 against allegations that they responded inappropriately to an emergency situation last Sunday.

“Modern aircraft fly at a very high altitude, more than 30,000 feet, in which the pressure outside is too low for humans to survive,” he said. “So the pressurisation system is automatic to ensure the cabin pressure is comfortable for passengers.”

Azharuddin said he did not know what exactly happened with the QZ535 flight but he suspected there was a problem with the pressurisation system.

“This is common,” he said. “The captain can adjust the system manually or semi-manually. He can resort to many procedures to ensure the passengers fly comfortably.

“One of the ways would be to bring the aircraft down as fast as possible to normalise pressure so passengers do not have to continue using the oxygen masks.

“The captain’s action was correct.”

The pilot came under heavy criticism from various quarters for the rapid drop in altitude, which reportedly caused a panic among the crew members and passengers.

Asked to comment on reports that some of the crew members were shouting, Azharuddin said that was part of their training and they did the right thing.

“Because of the rapid descent, which causes depressurisation, resulting in the oxygen masks dropping for passengers to use, the crew is trained to shout to get important instructions across to passengers.

“At that point of time, their priorities change from pleasing passengers to ensuring their safety.”

He said the crew members had to exert their authority over the anxious passengers.

“They can’t be calm and smiling at this point. They have to shout to get their instructions across and make sure the safety of the passengers is taken care of.

“The main reason for having cabin crew members on an aircraft is to ensure the safety of passengers. Serving them a meal is secondary.

“I can’t say exactly what happened on that particular flight, but in general, this is normal SOP by the crew, who have to move fast in such a large aircraft and make sure they get their instructions across to passengers.”

Passengers on #AirAsiaflightQZ535 thought they might die when the plane dropped 20,000 feet mid-air.

Here is an example of the cooments made: 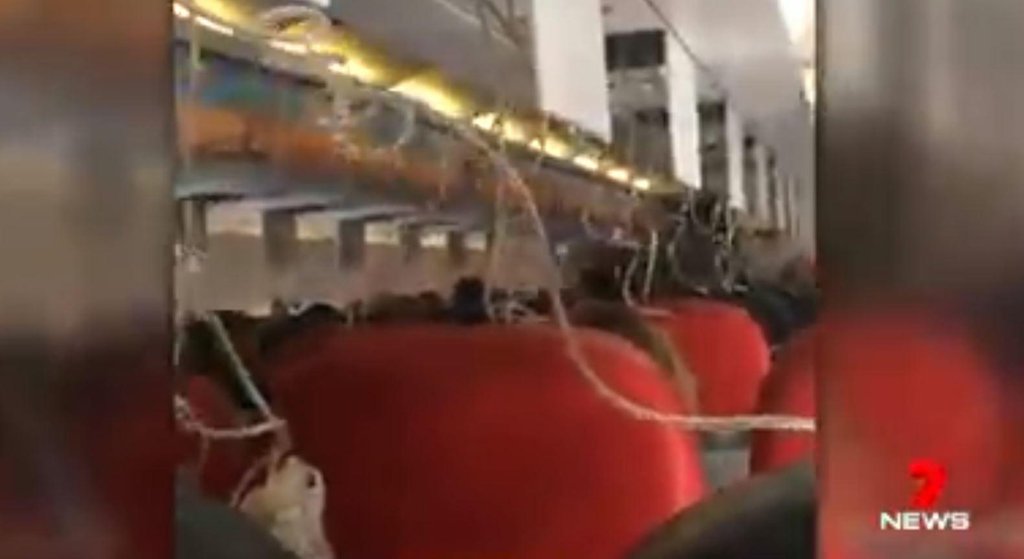 Aircraft doesn’t ‘plunge’, it makes a rapid controlled descent to below 14,000ft where air is breathable

4) Plunging 20,000 feet – was that an out-of-control event? No. When cabin depressurisation is detected, the most urgent thing to do is for the pilot to put the aircraft into a steep controlled descent to get to a flight level where air is breathable #QZ535

Like Loading...
This entry was posted in Uncategorized and tagged AirAsia Indonesia Flight QZ535. Bookmark the permalink.

1 Response to AirAsia Indonesia Flight QZ535: Some people are always waiting to run down AirAsia…