Posted on September 30, 2017 by weehingthong

“That comes under police’s powers… I have instructed that it be stopped,” said Ahmad Zahid, who is also the home minister.

The following article has NO LINK:

The post or page you requested is no longer available.

If u believe in ISIS propaganda, u better believe IGP.

so, 1) why was it allowed previously? and, 2) what did you say abt it back then? http://www.freemalaysiatoday.com/category/nation/2017/10/03/igp-allowing-german-fb-party-risks-vegas-like-attack/ …

Inspector-general of police (IGP) Mohamad Fuzi Harun today denied that police were the ones who had banned Selangor’s “German Food and Beverage Festival”, due to be held in Klang on Oct 12 and 13.

At a press conference today, Mohamad Fuzi said the power to allow the festival does not lies with the police, but the local authority.

“Many quarters just don’t understand that the power to allow the permit is not within the purview of the police.

“It is either with the municipal council or district council,” he said after attending Warriors’ Day at Putrajaya.

“On our part, we do not allow this (event) because there is a real threat with regards to the issue. We will advise them respectively,” he added.

The police, he said, have issued the advice so it would not be blamed for any possible untoward incidents.

“Many accuse us of simply banning (the beer festival), I think that’s nonsense,” he said, adding the purported threat was real according to police intelligence.

This is despite the local council approving the permits for the event.
.

KUALA LUMPUR, Oct 2 — The Klang municipal council has said it will have to retract its previous approval for a festival in a Klang mall after police withdrew their approval, asserting that this was unrelated to whether alcoholic beverages would be served.

In explaining why the Centro German F&B Party would not be given permission to go on, council president Datuk Mohamad Yasin Bidin said all large-scale private and public events have to receive support from the police for the purposes of ensuring safety.

“Because police retracted the letter of support, we can only retract the approval previously issued to the organiser. We had in the initial assessment of the application also stated clearly that one of the conditions is to obtain the support of the police.

“In other words, it is a must to obtain police approval, because this is what is required by the rules and is also the norm, for the consideration of safety. I think that this has nothing to do with alcoholic beverages, it is just a commercial activity, because they were unable to obtain the police’s approval, we are also unable to approve,” he was quoted as telling local daily Sin Chew Daily in its evening edition yesterday.

On Friday, Selangor state executive councillor Datuk Teng Chang Khim said the Klang event’s organiser had received a letter from the North Klang police who said they had no objections to the event, adding that the Klang municipal council subsequently decided to allow it to proceed.

On Saturday, however, the North Klang district police chief ACP Mazelan Paijan was reported as saying that no application for the event was received, adding that police will not approve the event as alcoholic beverages will be served there.
Read more at http://www.themalaymailonline.com/malaysia/article/after-police-klang-council-also-withdraws-approval-for-german-fb-fest#BLo50BxpTSiX1flB.99

The Johor government has reportedly defended its move to allow the Oktoberfest celebration in the state and called for the issue not to be played up.

The state’s Menteri Besar Mohamed Khaled Nordin said this is because such events are held behind closed doors and are not openly promoted.

“This thing has been around for a long time and it has not been announced or promoted. The programmes were only run in closed locations, unlike certain states that run it by openly inviting members of the public.

“So there is no need to play up the issue,” Malay language daily Sinar Harian quoted Khaled as saying yesterday.

According to the daily, Khaled was responding to a poster about an Oktoberfest celebration that is to be held at a hotel in Johor Bahru on Oct 13 and 14, which has been circulated on social media.
Read more at https://www.malaysiakini.com/news/396943#LqQz1FkeSA3j2hrH.99 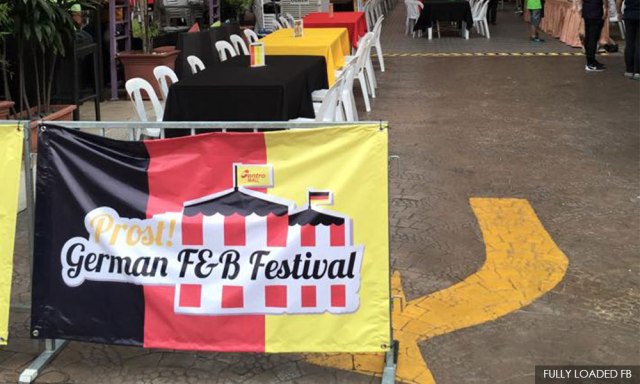 Police say they will not approve a permit for a German food and beverage festival in Klang, and deny they had ever given their okay for the event.

“We will not give approval as per the instructions given by Deputy Prime Minister Ahmad Zahid Hamidi recently for police to ensure that there are no alcohol festivals organised,” Mazelan was quoted as saying by Bernama.
.
Meanwhile, Mazelan said police have yet to receive any applications from German festival organisers and that any letter stating the police’s approval was fake.

Yesterday, Selangor exco member Teng Chang Khim said the organisers had received a letter from the Klang Utara district police headquarters saying they had no objections to the German festival as long as it adhered to certain conditions.

Among other conditions, the event must be restricted to non-Muslims only, said Teng
.

Penang, Sarawak have no problems with Oktoberfest

PENANG and Sarawak have no problems allowing Oktoberfest festivals to continue despite the controversy similar events have caused in Kuala Lumpur and Selangor, The Star reported.

Penang Local Government Committee chairman Chow Kon Yeow said the annual event on October 13 and 14 would be allowed as long as the organiser followed the local council’s rules.

It will be organised by the Malaysian-German Society at its premises in Jalan Air Itam and is to be launched by Penang Chief Minister Lim Guan Eng.

In Sarawak, Tourism, Arts, Culture, Youth and Sports Minister Abdul Karim Rahman Hamzah said the state government supported Oktoberfest because it was a cultural festival that would help tourism.

“Oktoberfest is similar to the Gawai Dayak celebration, which features plenty of food and drinks,” he was quoted as saying.

“Over here in Sarawak, it has always been promoted as Oktoberfest and not a beer festival,” Karim said, adding that people should “know their limits” when drinking.

DPM: Leave it to cops to stop beer fest

The Home Ministry is leaving it to the police to act on the organising of the “Better Beer Festival 2017,” said Deputy Prime Minister Ahmad Zahid Hamidi.

“That comes under police’s powers… I have instructed that it be stopped,” said Ahmad Zahid, who is also the home minister.

Ahmad Zahid, who is on a three-day working visit to China, told this to Malaysian journalists covering his trip in commenting on developments regarding the beer fest, which is expected to be held at the end of this month.
. 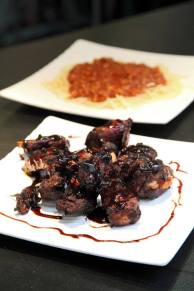 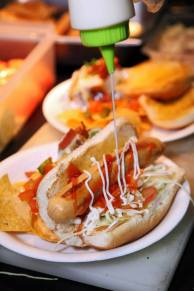 Like Loading...
This entry was posted in Uncategorized and tagged beer festival, beer festival: no permit. Bookmark the permalink.