Posted on September 21, 2017 by weehingthong

OldTown White Coffee’s central food processing centre in Subang Jaya had an unfortunate incident on the morning of 21 September 2017.

An explosion happened at our production floor at approximately 8am. Eight employees suffered injuries of varying degrees, and all have been sent to Serdang Hospital for immediate attention and treatment.

With the help from Selangor Fire and Rescue Department, the rest of the building was successfully reopened in four hours as the damage was contained within the production room; our coffee and beverage manufacturing facility, warehouse, and office block are not affected by the incident.

We are currently working closely with the authorities on the cause of the incident.

The management of OldTown White Coffee would like to assure the public that our employees’ safety and well-being are our utmost priority and will ensure all injured employees be well taken care of and treated by proper medical procedures.

We would like to assure there will be no interruption to our supply chain to our F&B outlets, nor to the trade for our instant coffee beverages.

We will provide further updates when the authorities have completed their investigation. 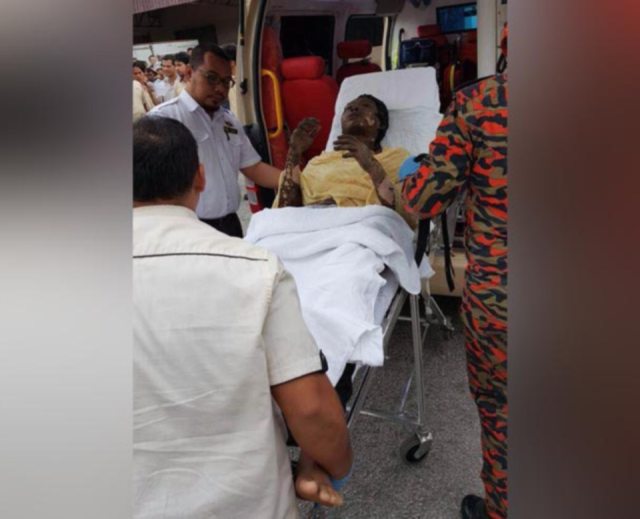 The kopi tiam outlet operator and beverage manufacturer says seven victims, all Myanmar and Nepali nationals, were rushed to hospital to treat their injuries.
.

PETALING JAYA: Oldtown Bhd, the operator of the OldTown White Coffee chain, has confirmed that an explosion has occurred at its central food processing centre in Subang Jaya.

In a statement to Bursa Malaysia, the kopi tiam outlet operator and beverage manufacturer said an explosion had taken place at its wholly-owned subsidiary Emperor’s Kitchen Sdn Bhd’s (EK) plant in Jalan Subang 10, Subang Industrial Park, at about 8am on Thursday.

It said the plant had temporarily ceased its food processing operation, reported The Star.

Oldtown said only the production floor was affected, and the adjacent areas occupied by other operating units and its administration office were not affected.

.
Seven victims, all Myanmar and Nepali nationals, were reportedly rushed to Serdang Hospital for treatment.
.
It also said there was no impact on the coffee and beverage manufacturing and warehousing facilities.

An early morning gas explosion at a warehouse belonging to a popular national kopitiam chain along Jalan Subang has injured eight employees.

Fire and Rescue photos show the burned and bloodied Old Town White Coffee workers being taken away by ambulance with what appeared to be fairly serious injuries.

The warehouse kitchen experienced an explosion when an industrial cooking gas cylinder, used for cooking soup, combusted. It burned six seriously, while two others sustained injuries from flying splinters.

The victims were all foreign workers from Myanmar and Nepal, aged between 21 and 28. They were taken to Serdang Hospital.

Like Loading...
This entry was posted in Uncategorized and tagged Blast at OldTown White Coffee’s central food processing centre. Bookmark the permalink.