Beware of Security Personnel at Manila’s Ninoy Aquino International Airport: They could plant bullets in your bag!

WE ARE ALL AWARE THAT, AT AIRPORTS, DRUGS COULD BE PLANTED BY DRUG TRAFFICKERS INTO OUR BAGS, SO WE PADLOCK THEM.

BUT FOR SECURITY PERSONNEL TO PLANT BULLETS INTO YOUR BAG AND THEN DEMANDING THAT YOU PAY A FINE???!!!

Several travellers are said to have been targets of an extortion scam involving security staff planting bullets in their luggage. 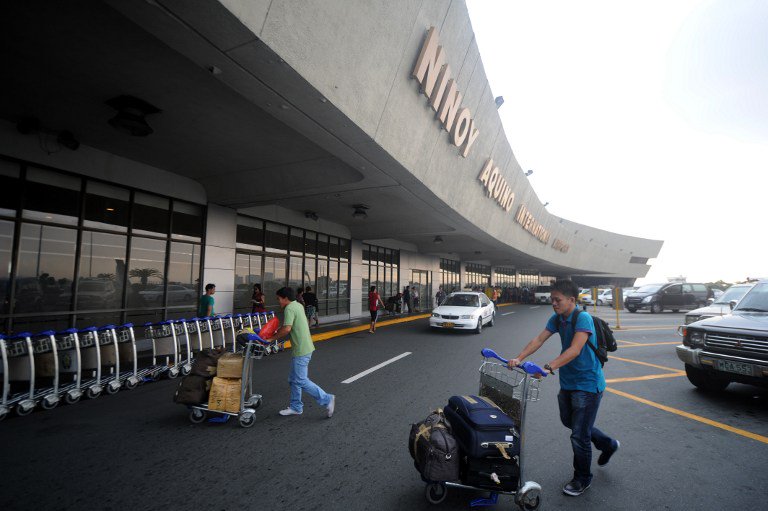 MANILA: A scam at Manila’s international airport has been creating an atmosphere of fear for travellers entering the Philippines.

Several are said to have been targets of an extortion scam involving security staff planting bullets in their luggage. Travellers are then asked to pay a small fee to persuade staff to turn a blind eye as it is illegal in the Philippines to possess “live” ammunition.

In some cases, passengers have had to pay between US$10 and US$640 in the form of under-the-table bribes.

Overseas Filipino worker Gloria Ortinez was one of the victims. She missed her flight to Hong Kong because she was detained for several days after a bullet was found in her hand luggage.

Another victim, Japanese tourist Kazunobu Sakaoto, was arrested after two bullets were found in his luggage.

Two Americans were also found to have bullets on them while passing through Ninoy Aquino International Airport. One was detained and then released on bail, while the other allegedly paid airport personnel “a small fee” to be allowed to board her flight.

The House of Representatives is set to conduct a probe into the incidents, which are threatening to become a national embarrassment.

Lea Salonga warns visitors against travelling to her own country.

María Lea Carmen Imutan Salonga KLD, better known as Lea Salonga, is a Filipina singer and actress best known for her roles in musical theatre, for supplying the singing voices of two Disney Princesses, and as a recording artist and television performer, especially in the Philippines.

I agree with Lea Salonga, NAIA is an international disgrace and a NATIONAL SHAME! #tanimbala 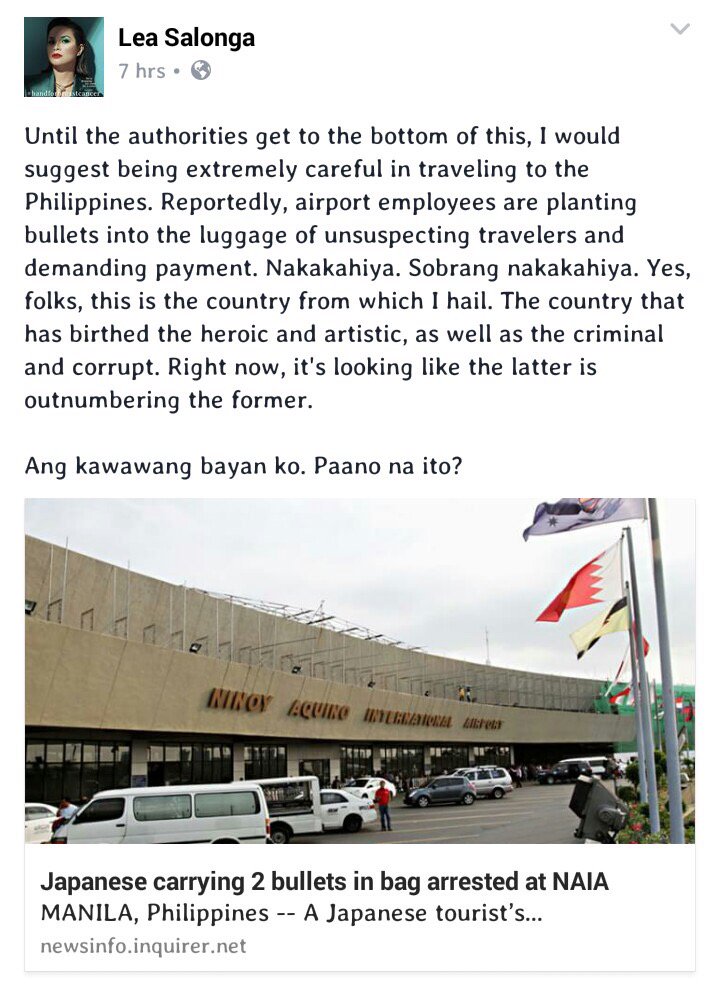 Lea Salonga warns visitors against travelling to her own country http://bit.ly/1REG9zg 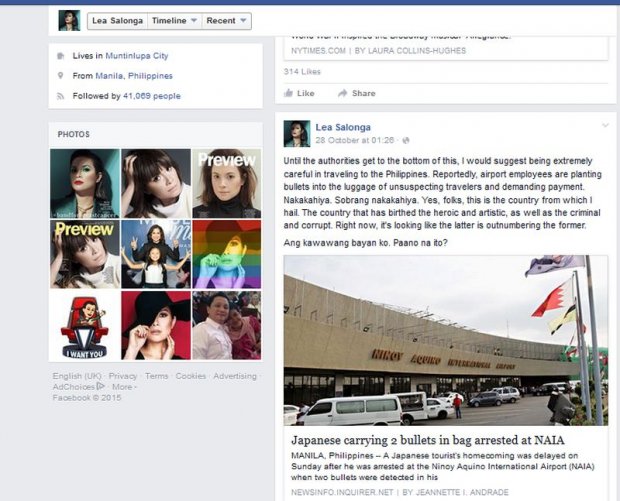 MANILA, Oct 31 — Lea Salonga has spoken out against the alleged targetting of tourists by unscrupulous airport workers in her home country, the Philippines.

The phenomenon, called ‘laglag bala’ has seen tourists find bullets planted in their luggage. Apparently, this is a means for the workers to extort money from tourists. Salonga has spoken publicly against the incidents on her Facebook page and warned visitors away from the country until the authorities have addressed the problem.

“Until the authorities get to the bottom of this, I would suggest being extremely careful in traveling to the Philippines,” Salonga wrote.

She has gotten flak from other Filipinos for speaking badly about the country, while some have supported her views. 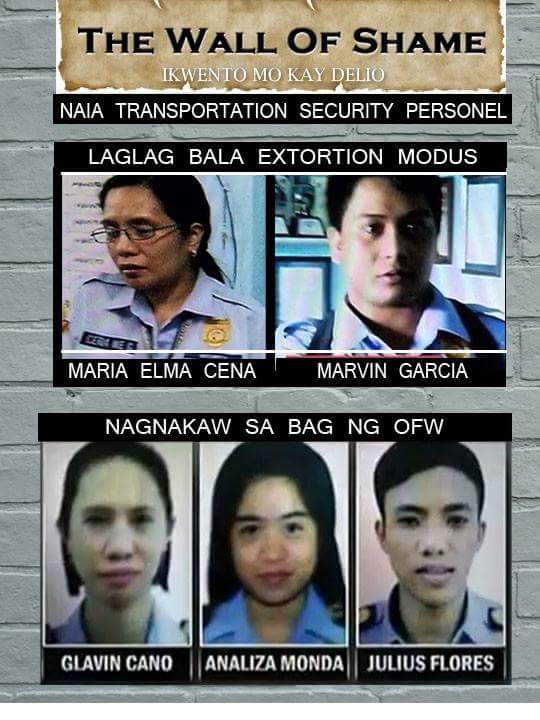 99% of airport bullet detection in the world was at NAIA, how efficient! – Another black eye to corrupt Aquino govt 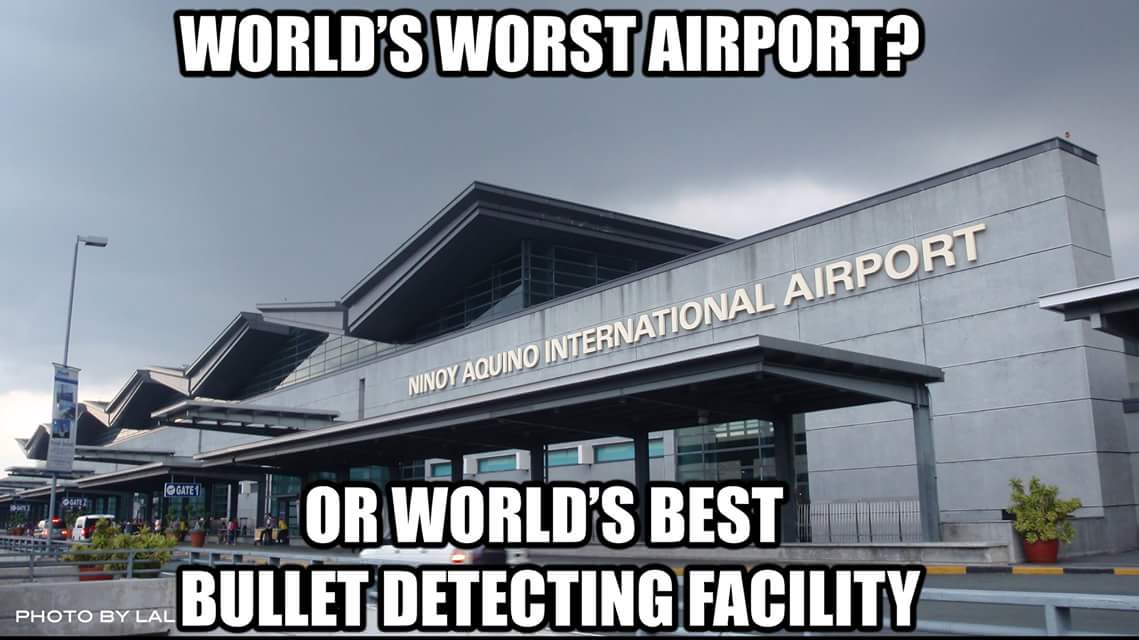 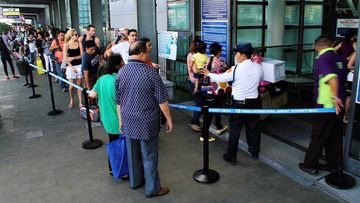 Malacañang says of the ‘bullet scam’ that has alarmed OFWs and travelers: ‘There are already officials deployed in airports. We have public assistance desks.’

MANILA, Philippines – As the so-called bullet scam in the Philippines’ main airport hit international headlines, Malacañang said there are enough officials and help desks in airports nationwide to respond to the problem.

Palace Communications Secretary Herminio Coloma Jr responded to the call of Senator Ralph Recto to put a presidential action desk at the Manila airport terminals to address the scam.

Locally known as the “laglag-bala (dropping bullets)” scam, the alleged extortion scheme involves planting bullets in passengers’ luggage, and asking them for money under threat of lawsuits. Airport personnel are allegedly behind the scam. (READ: How to curb ‘laglag-bala’ modus and airport extortion)

“There are already officials deployed in airports in charge of helping those using our facilities. We have public assistance desks. The whole vision, mindset, of all government employees is to help those using our airports,” Coloma said on Friday, October 30.

Recto urged the Office of the President to tap its Presidential Action Center to receive complaints of scams, and to handle the concerns of passengers, especially overseas Filipino workers (OFWs).

The senator said the presidential action desks can serve as a “one-stop, on-the-spot troubleshooting center” for OFWs and travelers. He also called for a Senate inquiry into the issue.

Under the scam, bullets were allegedly dropped in the luggage of passengers while they went through the security checks at the airport, German news agency Deutsche Presse-Agentur reported.

The security personnel then demanded that they pay a fine or they would be detained and charged with illegal possession of ammunition.

Some of the apprehended travellers were released after the bullets were found to be blanks used as amulets or souvenirs.

But a couple were charged in court after allegedly refusing to pay money to security personnel.

The reports triggered a public uproar, with Filipinos criticising airport authorities for the abuses. 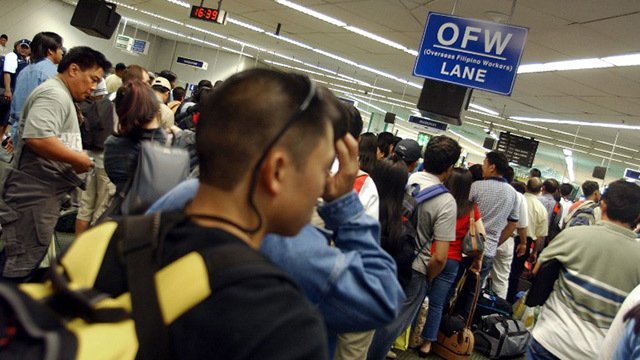 OFW advocate Susan Ople also urges the government to investigate alleged airport scams, which, she says, is creating a ‘climate of fear’ among returning OFWs

MANILA, Philippines (UPDATED) – Senatorial aspirant and longtime overseas Filipino workers (OFW) advocate Susan Ople called for the release of a Filipina migrant worker who claimed to be a victim of the alleged “bullet planting” scam at the Ninoy Aquino International Airport (NAIA).

Gloria Ortinez was arrested on October 25 and prevented from leaving the country for Hong Kong after authorities claimed to have found a bullet wrapped in red cloth inside her bag at NAIA 2. According to media reports, she was released on October 27.

The 56-year-old migrant worker has denied that the bullet was hers. Ortinez also said that she would never bring the bullet with her as she was well aware of Hong Kong’s strict security laws.

(Why would she risk the job waiting for her in Hong Kong for one bullet? As a longtime OFW, she is quite aware that carrying ammunition is prohibited under Philippine and Hong Kong laws.)

The former labor undersecretary also called on President Benigno Aquino III to personally look into the incident and other similar complaints lodged by OFWs and passengers against airport authorities.

Ople said the series of alleged extortions and scams at NAIA is creating a “climate of fear” among returning migrant workers. (READ: How to curb ‘laglag-bala’ modus and airport extortion)

1 Response to Beware of Security Personnel at Manila’s Ninoy Aquino International Airport: They could plant bullets in your bag!