THIS IS MALAYSIA: THE GOVT KEEPS TAKING.
GST has raised costs, a rapidly falling ringgit has caused inflation to raise its ugly head, petrol and diesel have gone back up in price, toll rates go up on 15 October 2015, LRT and MRT rates will soon go up….

THIS, TOO, IS MALAYSIA: A SMALL BUSINESS GIVES  TO THE NEEDY.
Restaurant Misha Catering, Medan Tok Sira, Kuantan, offers a plate of warm food freely to people who are down on their luck.

“Suspended meals” for the needy in Kuantan

Since the start of the project last month, Wan Sharmil Aizan said donors had contributed about RM250 every week, which was equivalent to 50 meals. 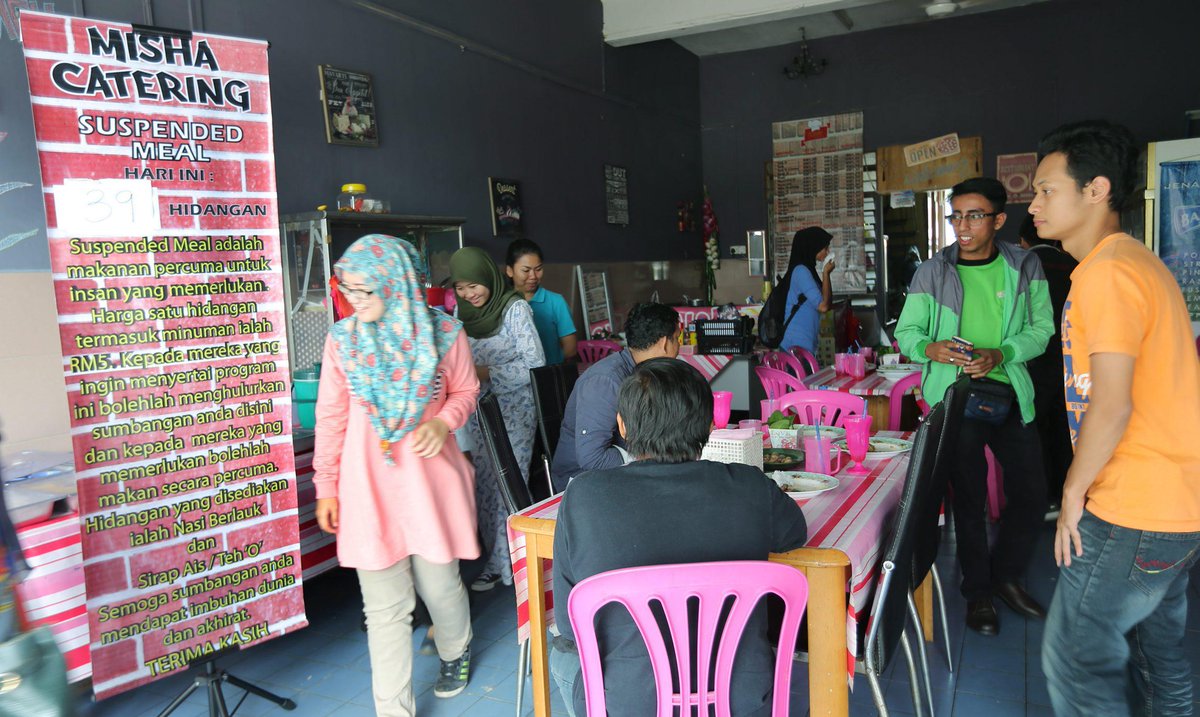 KUANTAN: Restaurant Misha Catering has proved that “free lunch” does exist as it offers a plate of warm food freely to people who are down on their luck.

Its operator Wan Sharmil Aizan Wan Sharifuddin, 41, said she had run a concept for generous people to donate RM5 in advance for a set of decent meal to be prepared by the restaurant for the needy.

“This will help those who cannot even afford to have a square meal a day. They will have rice with one main dish of a piece of chicken or fish, vegetables and a drink,” she said when met at her restaurant in Medan Tok Sira.

Although still new, a visit by the New Straits Times showed that quite a number of people had come to redeem the free meals under the concept known worldwide as “suspended meals”.

Wan Sharmil Aizan, who runs the restaurant with her mother Engku Azmiah Wan Akhbar, 64, said the value of the suspended meals was the same as that bought by other paying customers.

She said the project was targeted at needy students, those who were jobless, low-income earners and the homeless. She said the dishes for the suspended meals and those for paying customers were all the same.