Cops say “ignorant” and “irresponsible” people who do not know the facts of the case are behind such speculation.

KUALA LUMPUR: Police have slammed those on social media who are speculating that the fire that broke out on the 10th Floor of Bukit Aman’s Menara 2 destroyed evidence related to ongoing investigations as ignorant and irresponsible people.

“They (netizens) are ignorant on the facts of the case. They are irresponsible and they don’t realise the impact of their actions,” Inspector-General of Police secretariat assistant head (corporate communications) Asst Comm Asmawati Ahmad was quoted as saying.

Meanwhile Federal Criminal Investigation Department Director  Mohmad Salleh told The Star that nothing of value was destroyed in the fire, save for some old files and application books stored along the corridor that were about to be disposed of anyway.

“It was just waste paper. Old papers that we were no longer using, application forms, book files.

“All the paper that was burnt had been placed outside in the corridor, waiting for disposal,” he explained, adding that no “secret documents” had been destroyed as rumour had it.

KUALA LUMPUR: The documents destroyed in a fire which broke out at Menara Dua of the Bukit Aman Headquarters yesterday were merely papers which were to be disposed.

Federal Criminal Investigation Department director Datuk Seri Mohmad Salleh said the department had purposely placed the papers at the corridors on the 10th floor of the building to be thrown out later.

“They were just old forms and waste papers. There were no important documents there. It was placed at the corridors for it to be disposed,” he said.

Mohmad added that both police force and the fire and rescue department are investigating the cause of the fire. 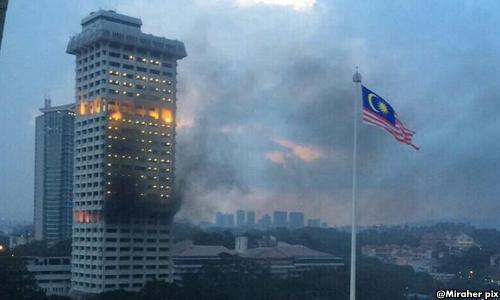 A fire broke out on the 10th floor of Tower 2 of the Bukit Aman police headquarters this evening.

This was confirmed by a spokesperson for the Kuala Lumpur Fire and Rescue Department.

“The fire was on the 10th floor of the old tower. We received a distress call at 5.20pm,” the spokesperson told Malaysiakini.

He said that nobody was injured in the incident and the cause of the fire is being investigated.

In a subsequent tweet, the police chief said only unimportant documents were destroyed in the fire.

“Stop the rumours,” he said in response to those linking it to the 1MDB investigation.

It is learnt that the Narcotics Department and Criminal Investigations Department were affected.

Photographs of the blaze have since gone viral on social media.

A total of 24 fire and rescue personnel were dispatched to the scene and the blaze was brought under control by 7.47pm.

The personnel were from the Hang Tuah, Sentul and Titiwangsa Fire and Rescue Department stations.

The fire was completely put out by 8pm.

The cause of the fire and total damages have yet to be determined. 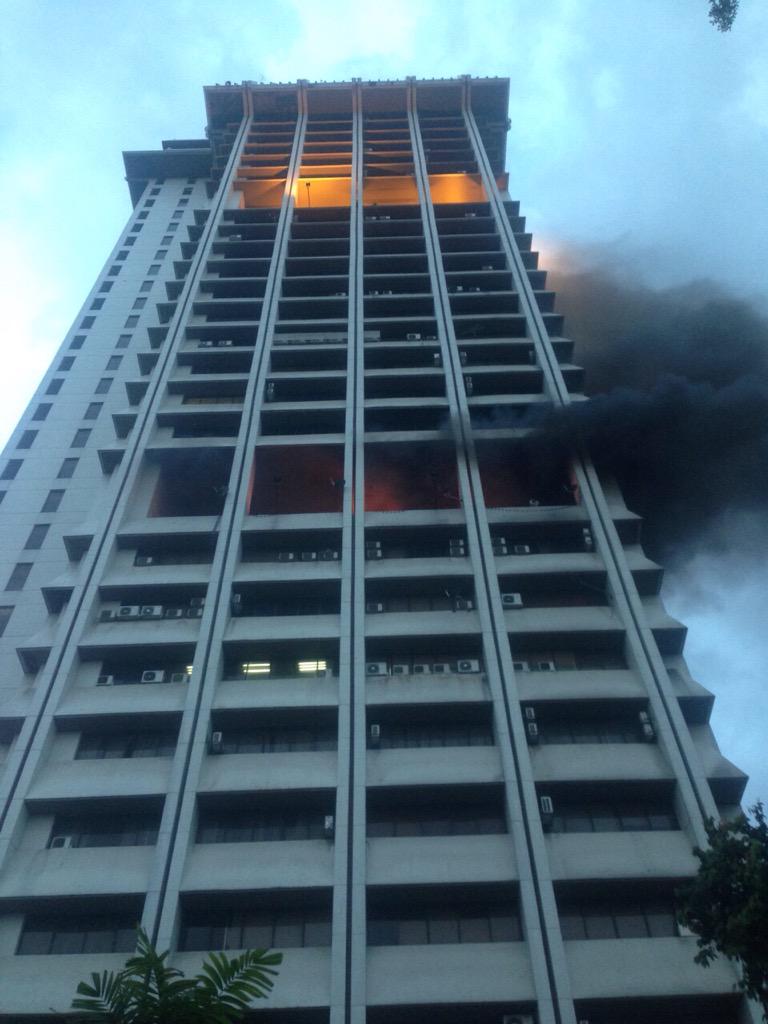 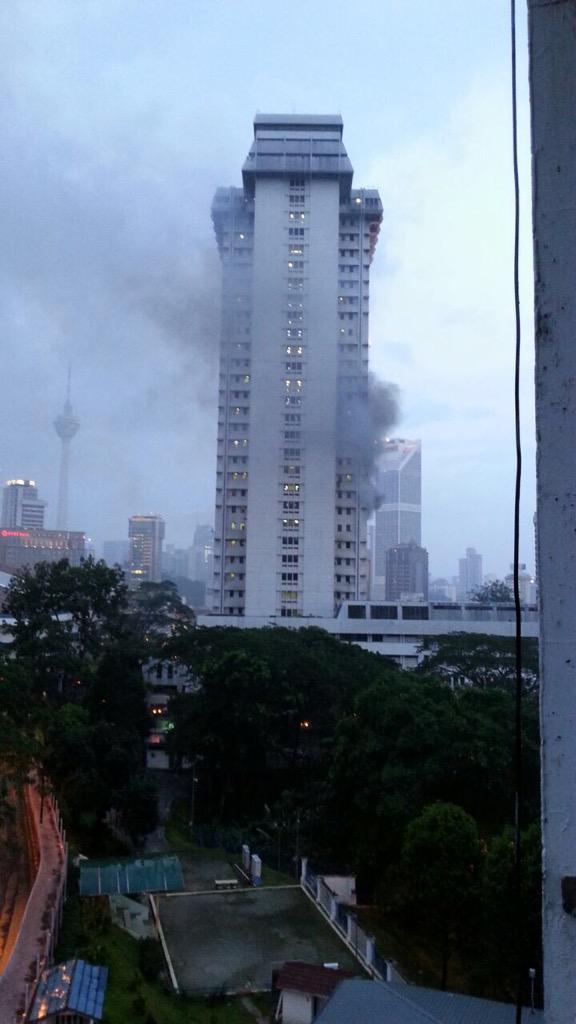 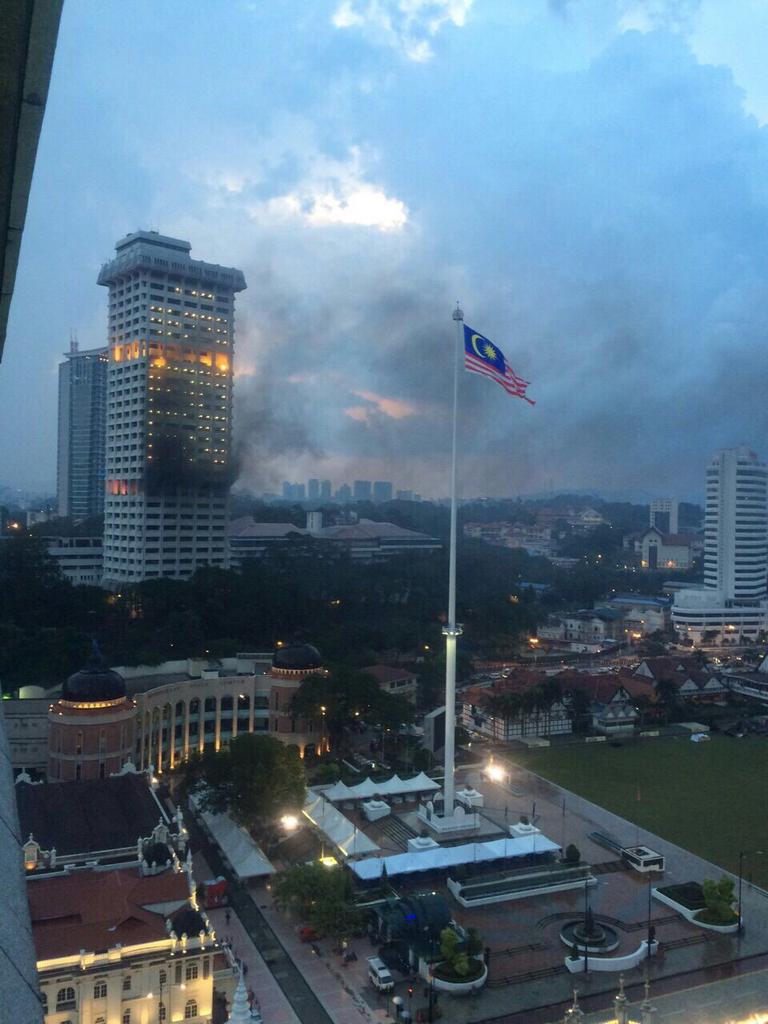 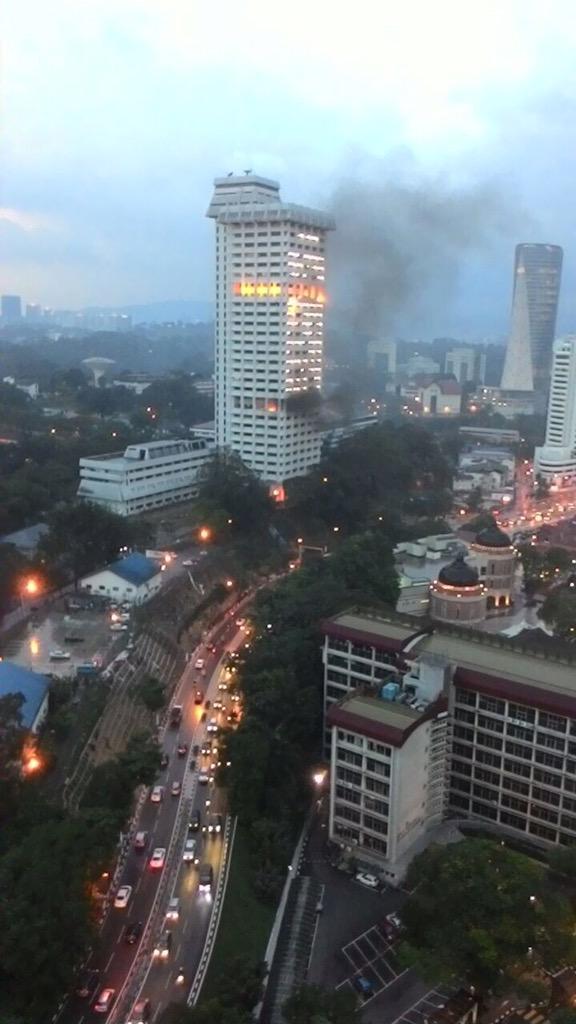 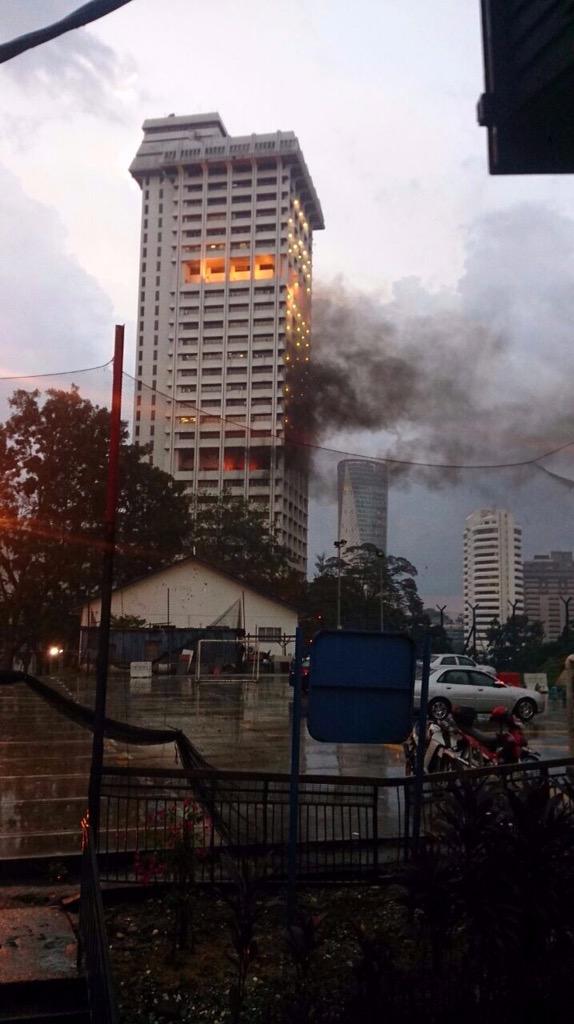 Like Loading...
This entry was posted in bukit aman fire and tagged Bukit Aman fire. Bookmark the permalink.