KUALA LUMPUR, Aug 3 — The majority of Umno’s 196 divisions may have supported Prime Minister Datuk Seri Najib Razak’s decision to axe Tan Sri Muhyiddin Yassin from Cabinet but on Twitter, the leader’s unceremonious dismissal last week did not sit well with nearly 90 per cent of youths.

In its final analysis of tweets posted last Tuesday when Muhyiddin’s removal was announced in a major Cabinet shakeup, social media research firm Politweet found that 440 or 87.65 per cent of the 502 users surveyed were unhappy with the decision.

The users, estimated to be between 18 and 30 years old, mostly disagreed with Muhyiddin’s removal because he had dared to demand answers from Najib on the 1Malaysia Development Berhad (1MDB) controversy.
…

Of the 440 users, Politweet’s findings showed that 195 or 38.84 per cent spoke in general terms against Muhyiddin’s removal while 184 or 36.65 per cent took the opportunity to criticise Najib, with many calling for the prime minister’s resignation and some even hurling personal insults at the leader.
…

The remaining 61 of the 440 users or 12.15 per cent, the firm said, had urged Muhyiddin to organise his own anti-Najib campaign in protest of his removal.
…

On the flip side, Politweet revealed that 20 or 3.98 per cent of the 502 users surveyed tweeted their backing of Muhyiddin’s removal from Cabinet, mostly because they said they were supportive of Najib and his decisions. Other reasons given were that these users felt Muhyiddin was not seen as a good leader; and that they believed Cabinet members should support the PM.

KUALA LUMPUR – Electoral reforms group Bersih will take to the streets in an overnight rally on Aug 29 to demand Prime Minister Najib Razak’s resignation, accusing him of blocking avenues to uncovering the truth behind debt-laden 1Malaysia Development Berhad (1MDB).

Bersih, which brought more than 100,000 people to protest against alleged electoral irregularities in 2011 and 2012, said in a statement on Wednesday that the removal of Attorney-General Abdul Gani Patail on Tuesday is “direct interference” in an ongoing high-level probe into 1MDB – whose advisory board is headed by Datuk Seri Najib.

“Najib has virtually ruled out all possibilites for truth on the 1MDB scandal to be unearthed and criminals to be brought to justice by a series of political moves on July 27 and 28,” it said in a draft statement obtained by The Straits Times. 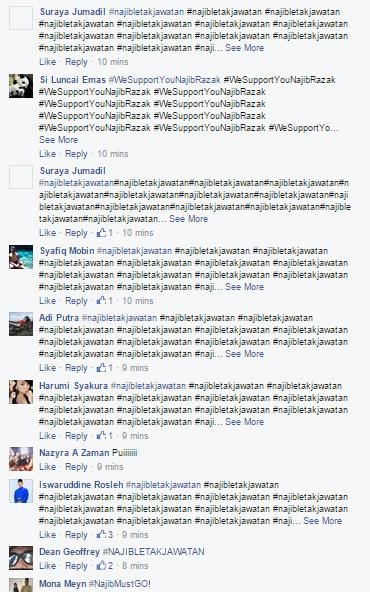 …
Prime Minister Najib Abdul Razak’s Facebook page has been flooded with a torrent of “#najibletakjawatan” messages since yesterday, after he announced the removal of his deputy Muhyiddin Yassin.

Similar comments became commonplace on Najib’s Facebook page after his falling out with former prime minister Dr Mahathir Mohamad – but it picked up markedly yesterday.

In Najib’s posting about his new cabinet, the comment section was flooded in almost the entirety with the same message: #najibletakjawatan.

Facebook user Fahmi Jamal remarked: “Only here you will see more comments than likes… plus, most comments full of same hashtags”.

As of this morning, there were a total of 34,952 comments, most of which carried the #najibletakjawatan hashtag. The post also garnered 16,926 likes.

The civil activist claimed the public was frustrated with the Najib administration’s handling of the country’s finances and 1Malaysia Development Berhad (1MDB), and will react by taking to the streets.

“Yes, I do,” she said when asked if the public’s dissatisfaction with the government could cause a street rally.

“Because you see, when you don’t give people options, you don’t give a way out, you don’t provide solutions, people are struggling, of course it will happen,” she added during a press conference at the Kuala Lumpur and Selangor Chinese Assembly Hall.

She added that civil societies will even spearhead the move if her suggestion to form a national government gains no traction with MPs.

“Bersih is organising (a rally) so Hakam will be part of it,” she added. 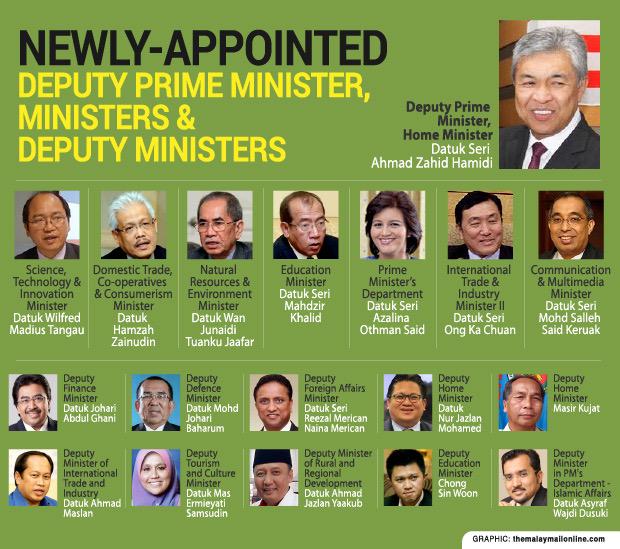 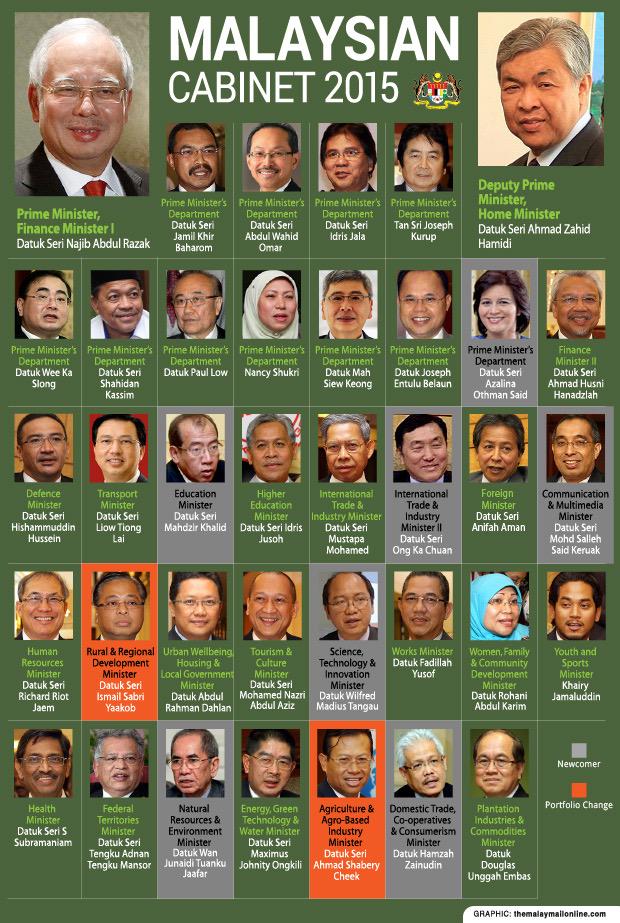 #CabinetReshuffle : Tan Sri @MuhyiddinYassin issued a statement on Facebook, regarding his removal as DPM today. 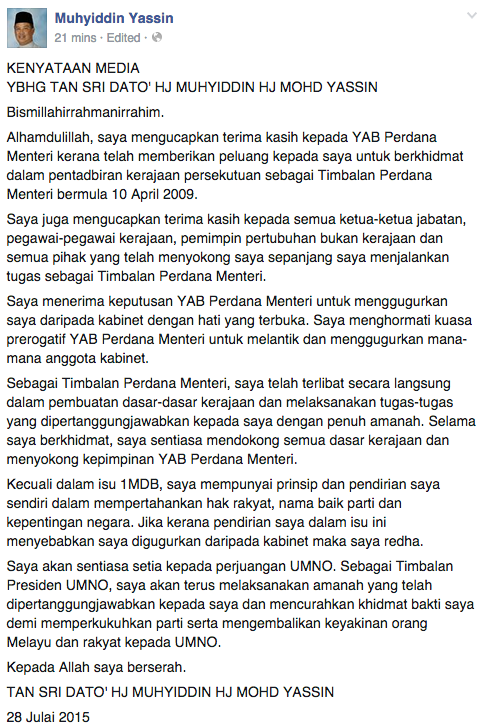 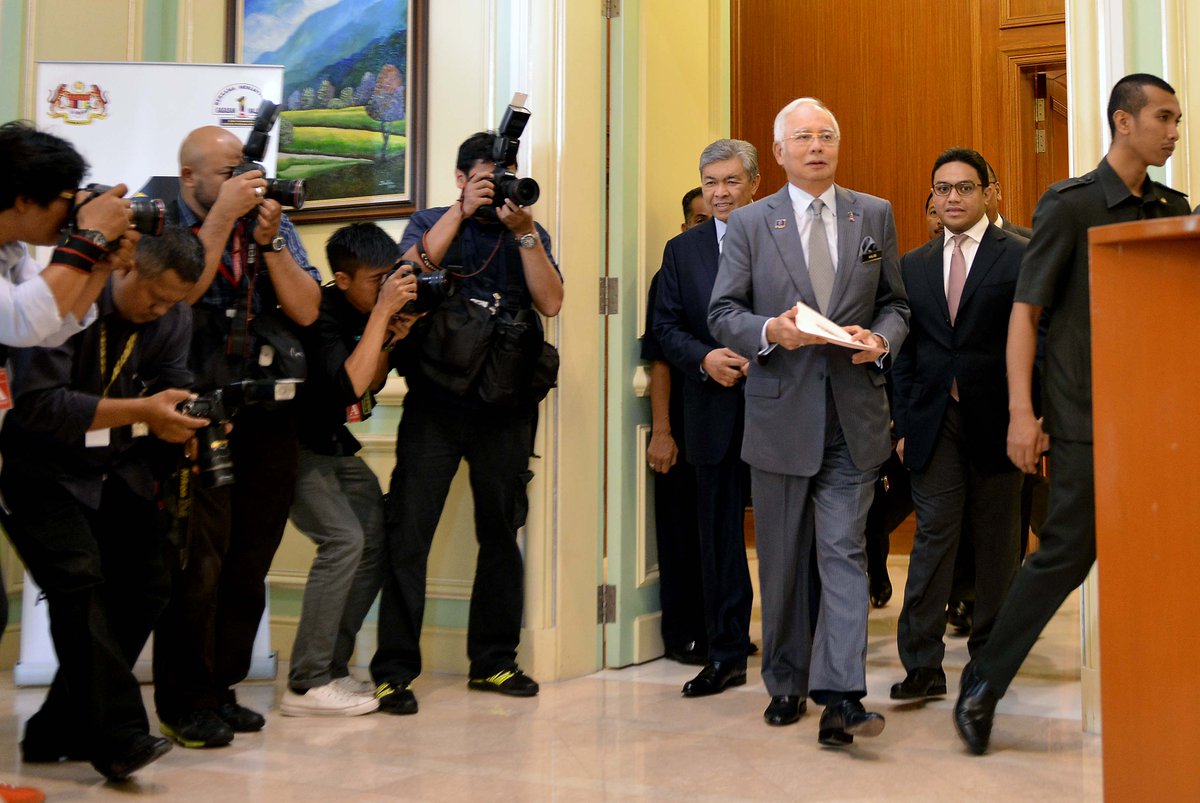 Newcomers in Prime Minister Najib Abdul Razak’s reshuffled cabinet may need to tread carefully as they risk tainting themselves.

This, Institute for Democracy and Economic Affairs chief executive Wan Saiful Wan Jan said, was because the cabinet reshuffle was not done out of interest for governance but to consolidate Najib’s shaky position.

“They have to think very carefully before they accept their position.

“The reshuffle was done with questionable motivation so it doesn’t matter how good they are, they may become tainted,” he said. 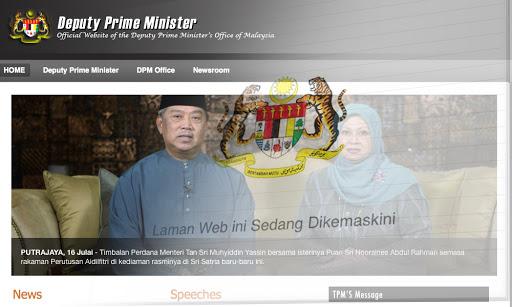 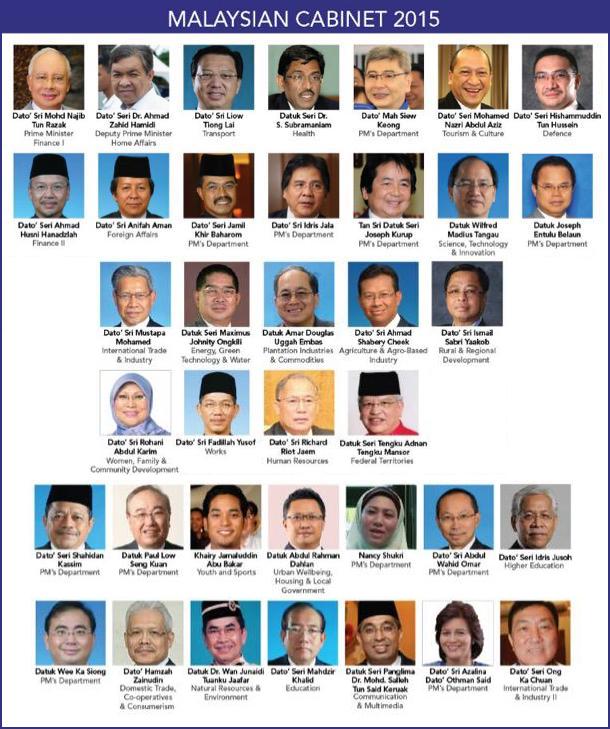 Below is the full list of Prime Minister Najib Abdul Razak’s new cabinet line up: