They let the man go!

Women’s Centre for Change executive director Loh Cheng Kooi said the management should have filed a police report against the culprit, who has since moved out of the condominium.

“Stealing is a crime. This man needs therapy. He has a fetish and needs to see a psychologist to deal with this mental problem,” she said.

Owners of undies stolen by man at Penang condo urged to reclaim them by end of next week http://str.sg/Pap 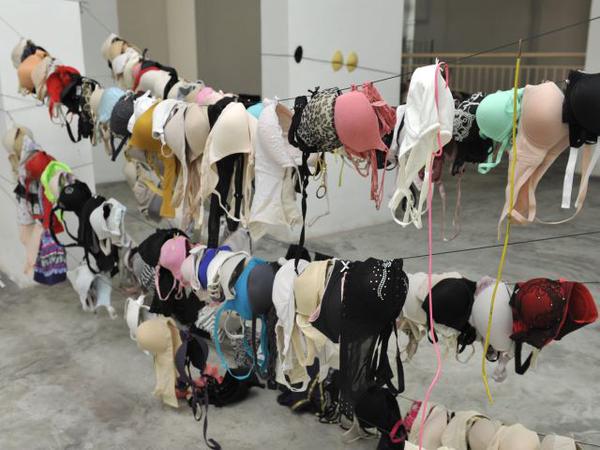 GEORGE TOWN (THE STAR/ASIA NEWS NETWORK) – Residents of the two blocks of condominiums near Jalan Masjid Negeri in Penang’s Georgetown, where a man allegedly stole more than 1,000 undergarments, have until the end of next week to reclaim the items.

A management committee member, who declined to be named, said the lingerie that were previously displayed outside the management office were taken down last Friday and kept in six boxes in the office.

He said victims who were previously too shy to claim their stolen lingerie when they were hung out on display might do so now, while a couple had requested for time for their children who were out of state to return and check if swimwear, which were also recovered from the thief, belonged to them.

Blogger’s view: The thief needs psychiatric help or he will carry on with his fetish elsewhere. Also, they are merely setting him free to carry on elsewhere.

The Star ‏@staronline 58m58 minutes ago

Bra thief is off the hook: http://bit.ly/1RUT2EH 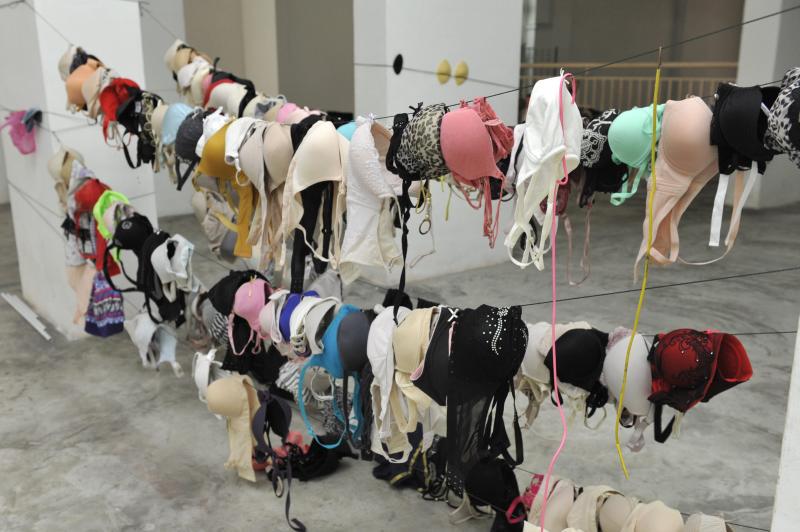 GEORGE TOWN: The 32-year-old man who stole more than 1,000 pieces of female undergarments will not face the brunt of the law after all. In a surprise decision, the management committee of the condominium near Jalan Masjid Negeri has decided not to lodge a police report against the culprit on “humanitarian grounds”.

A committee member, who declined to be named, said the man was “young and should be given a new lease of life”. “We are letting him off. He has moved out of the rented unit,” he added.

The management is now saddled with a new problem – what to do with the recovered undergarments, which includes children’s panties. The “loot” is on display outside the condominium’s management office for their owners to take them back.

GEORGE TOWN: A bright red bra proved to be the undoing of a man with a fetish for female undergarments. The man, who allegedly stole more than 1,000 pieces of undergarments, was caught red-handed by residents and the management of two condominium blocks near Jalan Masjid Negeri, putting an end to a year-long stealing spree.
…
A security guard observed him in the act and followed him back to his unit. … But nothing prepared them for the sight that greeted them: the culprit’s room was full of bras, panties, petticoats and camisoles. Police also found items that were likely to be used in “fishing” for undergarments — broomstick handles, extendable poles and wire clothes hangers reshaped into hooks.

“His belongings were in paper boxes and he kept the stolen undergarments in his wardrobe. It was scary when I saw them. “He had folded them all so neatly. Even the hooks and eyelets of all the bras were properly clasped,” the manager said, adding that police had arrested the man.

In Penang: Smart man set trap for underwear thief and caught him! There comes a time when a man will get fed up of the complaints you get from your wife about her lingerie being stolen. Other women in the block of apartments were also losing their undies. He bought a bright red bra, tied a string to it, and when the thief took it, aluminium cans in the house clanked! That alerted everyone. The man was caught. He had recently moved into one of the apartments. He had a large collection of women’s undies. 1000 of them!

One homeowner was wife’s underwear has repeatedly gone, bought a fire-red lingerie trap underwear thief home. His underwear tied with string and placed in … http://bit.ly/1JttNax
Translated by Bing

“Northern horse” One woman’s underwear thieves steal underwear more than 10 times in a row in the 3 years, in order to catch underwear thieves, she carefully layout ambush, ultimate success caught each other, then seized in their homes for more than 1000 pieces of women’s underwear! Sell clothes thief is a Chinese-American man who was arrested, he in a apartment at grass lane in the early hours of June 28 when committing, tracks who tracked by residents to their homes later, revealed his sell underwear theft Act. Believed in the past 3 years, the theft of women’s underwear in the apartment associated with the man. Queen has been handed over to the police after the man was.
Translated by Bing