The Bullying Prevention Centre for Singapore

Posted on February 9, 2015 by weehingthong

The site is created by Facebook engineers and Yale Centre for Emotional Intelligence, and it will be promoted to students and teachers through a series of activities run by the Media Literacy Council from Feb 10 to May 2015.

The microsite “offers important tools and information for individuals being bullied, their friends, parents and teachers and even those accused of bullying”, according to the joint press release.

WHEN WILL FACEBOOK START A BULLYING PREVENTION CENTRE FOR MALAYSIA?

Tools, tips and programs that help people stand up for each other. 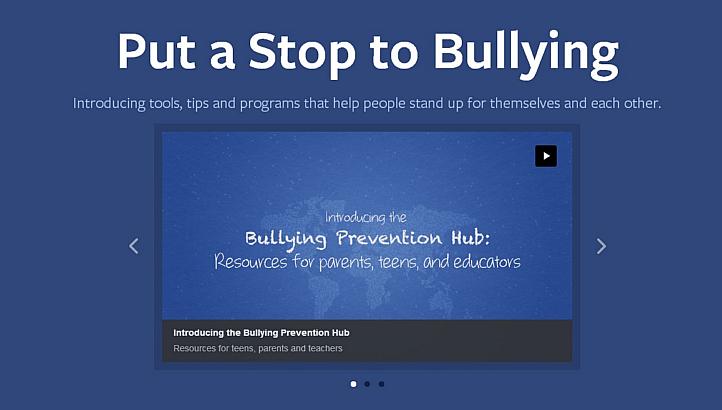 SINGAPORE – Facebook and the Media Development Authority (MDA) on Monday launched a site for the prevention of cyber bullying.

The site, called the Bullying Prevention Centre, provides resources for teens, parents, and teachers in Singapore, was launched here after its success in the United States and Britain. Its launch comes in time for the Safer Internet Day on Tuesday, a global initiative that invites everyone – young people, parents, teachers, educators, industry and safety organizations – to come together to focus on what can be done to “create a better Internet together”.

The site gives people being bullied information on what they can do when they experience something upsetting, recommendations to adults who want to help, as well as guidance to the person accused of bullying on why they have upset someone and how they can make it better, said Facebook and the Media Literacy Council, which is part of MDA.

Facebook has introduced a Bullying Prevention Centre for UK users, providing information on how to tackle bullying and help victims

Facebook has launched its Bullying Prevention Centre across the UK

Facebook has launched its Bullying Prevention Centre in the UK, offering information to help tackle bullying, both online and off.

The centre was created by Facebook engineers and partners at the Yale Center for Emotional Intelligence to help users have a better, more compassionate experience on Facebook.

Reporting bullying through Facebook’s report links will direct users to the site, which features recommendations for adults who wish to help, alongside scripts for starting difficult conversations and information for those who have been accused of being bullies themselves.

The site is divided up into sections for teens, parents and guardians and teachers.

The social network also worked with UK safety organisations including Childnet and Diana Award to create the most useful resources possible.

1 Response to The Bullying Prevention Centre for Singapore