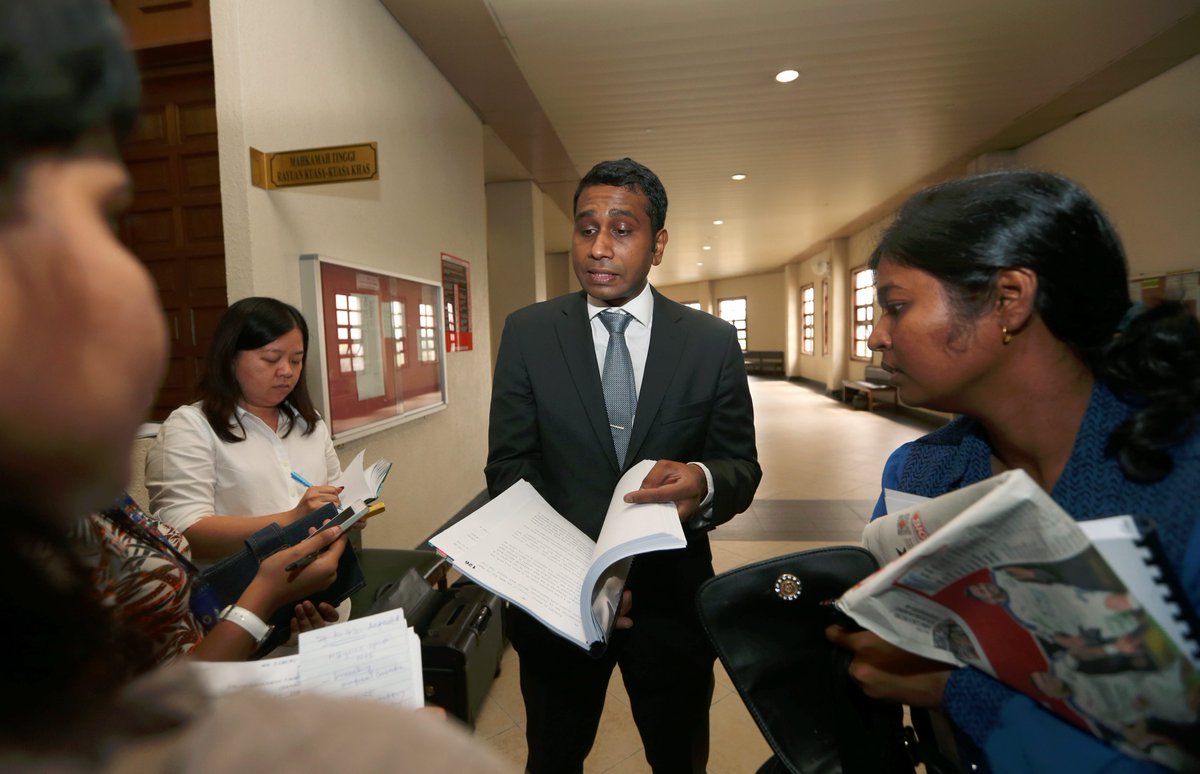 KUALA LUMPUR, March 7 — Dozens of families sued today the Malaysian government and Malaysia Airlines (MAS) over the disappearance of Flight MH370, just before the deadline to make claims from the plane accident expires tomorrow.

A total of 76 family members of 32 passengers on board the plane filed the civil suit at the High Court here on the eve of the second anniversary of the mysterious disappearance.

The plaintiffs are suing Putrajaya, MAS in both its previous and current names, the Department of Civil Aviation (DCA), and the Royal Malaysian Air Force (RMAF) for conspiracy, fraud and failure to fulfil statutory obligations.

Lawyers Tommy Thomas and Ganesan Nethi will act as counsel for the plaintiffs, while two other lawyers from Podhurst Orseck, a law firm from Miami which specialises in aviation litigation, will apply leave to join the trial at a later date.

However, the plaintiffs have not set a quantum of compensation in their statement of claim.

“The quantum will be decided according what is allowed by the law,” Ganesan told reporters at the court today.

He said that none of plaintiffs are Malaysians.

The 76 include 66 Chinese, two Americans, and eight Indians.

“They could have sued elsewhere but they are suing in Malaysia because they have confidence in our courts,” Ganesan said.

THIS IS BELIEVED TO BE THE FIRST LAWSUIT BY MALAYSIANS. 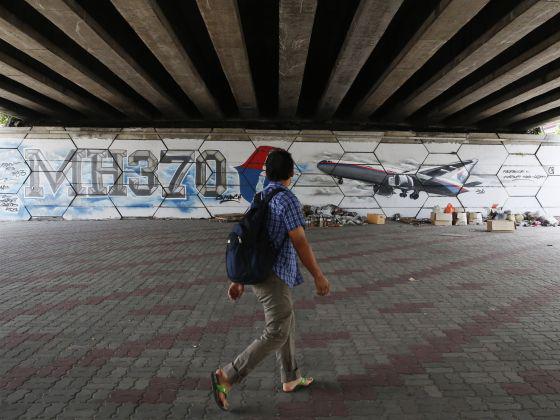 Their father, Jee Jing Hang, 41, was a businessman on board of the Beijing-bound flight The plaintiffs are seeking for damages over the loss of support and mental anguish suffered by them as a result of the incident.

Flight MH370 disappeared on March 8 last year with 239 people on board, dropping off radar coverage not long after taking off from the Kuala Lumpur International Airport en-route to Beijing.

Zaidi, who was found guilty by the military court on January 12 for making unauthorised public statements in his uniform on the faulty indelible ink in May 2013, had been stationed at the RMAF Butterworth airbase that the jumbo jet flew over on the day it disappeared.

He said he agreed to be a witness because he felt it was his responsibility to help the families find answers to the tragedy.

Sacked airman to be expert witness in MH370 suit against Putrajaya, MAS

KUALA LUMPUR, Feb 13 — Zaidi Ahmad, who was sacked from the military for exposing weaknesses with indelible ink used in Election 2013, will be called as a witness in the lawsuit filed by two sons whose father was on board Flight MH370. According to Datuk Dr Arunan Selvaraj, who is representing the two boys in their suit against the Malaysian government and Malaysia Airlines (MAS), the dismissed major will testify based on his expertise as a former member of the Royal Malaysian Air Force (RMAF). “I believe it shouldn’t have happened, [the RMAF] should be on alert all the time. “Heads must roll,” Zaidi told reporters during a press conference at the lawyer’s office here. … Questions had been raised over the military’s failure to immediately report the detection of the missing MH370, but deputy defence minister Datuk Abdul Rahim has repeated the Malaysian government’s explanation that the aircraft was considered non-hostile. Today, Arunan said the suit would be premised on the alleged negligence on the part of the government and the airline. “The monetary gain is one thing, but our clients also want justice. They want people to be accountable. “This is one of the ways we can get to know what transpired,” he said. http://www.themalaymailonline.com/malaysia/article/sacked-airman-to-be-expert-witness-in-mh370-suit-against-putrajaya-mas —

KUALA LUMPUR — The defence team for the first civil suit filed in Malaysia over the missing MH370 was granted a two-week extension to file for its defence, according to the lawyer for the applicants. Dr Arunan Selvaraj, the lead counsel for the two boys who had last month filed a civil suit against Malaysia Airlines MAS and four others over the loss of their father who was on board the still missing Boeing 777 jetliner, said the defence team is expected to file by Dec 15. “The registrar also set January 15 for the case management in front of a judge,” he told Malay Mail Online after the case management in front of the registrar this morning.

KUALA LUMPUR: Malaysian Airlines System Bhd (MAS) and four others have been ordered to file their statement of defence over the suit filed by two children of a missing MH370 passenger against them. High Court deputy registrar K. Pavani ordered all defendants to file their defence before Dec 15. Pavani has set Jan 12 for the matter to be heard before a trial judge, said the childrens’ lead counsel Datuk Dr Arunan Selvaraj. Speaking to reporters here after the case was called before Pavani in chambers on Monday, Arunan said they were now in the midst of identifying witnesses. “We have a lot of witnesses. We got very good leads. We are filtering who will be called as our witnesses,” he said. He said that foreign experts have e-mailed to them offering to help in the case. Arunan said they want answers to various queries over the missing plane. … The two boys, aged 13 and 11, had on Oct 31, filed the civil claim through their mother Ng Pearl Ming, 38. Their father, Jee Jing Hang, 41, was a businessman on board of the Beijing-bound flight. In the statement of claim, the boys said their father had entered into an agreement with MAS for safe passage to Beijing when he paid the airfare. They claimed that MAS had breached the agreement when the plane failed to land in Beijing at 6.30am on March 8. The plaintiffs are seeking for damages over the loss of support and mental anguish suffered by them as a result of the incident. http://www.thestar.com.my/News/Nation/2014/12/01/Court-MH370-MAS-defence/ — The first of the expected torrent of lawsuits over the tragedy started taking shape in the United States by Chicago-based law firm Ribbeck Law in March, just a few weeks after the Boeing 777 jetliner went missing. At that time, many relatives of the plane’s Malaysian victims considered the move premature, saying they wanted to allow investigators more time to search for the missing plane and that without hard evidence of a crash, they would not mount a lawsuit. http://www.themalaymailonline.com/malaysia/article/mh370-brothers-file-maiden-negligence-suit-against-mas-putrajaya-over-dads —

RT @melgoh: 2 underage sons of a #MH370 passenger have filed a law suit against MAS, DCA, RMAF, Immigration and Govt 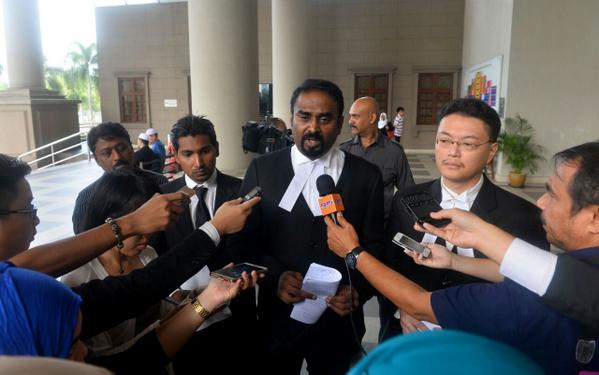 (From left:) Datuk Dr. Arunan Selvaraj, Gary Edward Chong and Vinod Ramasamy are representing the children of Jee Jing Hang, who was a passenger on board MH370, to sue MAS and Putrajaya. ― Picture by Choo Choy May

The suit is believed to be the first to be filed so far in Malaysia over the mysterious MH370 incident, which the authorities are still investigating. Apart from MAS, the boys named the director-general of the Department of Civil Aviation, the Immigration Department director-general, the Royal Malaysian Air Force chief and the federal government as respondents. The boys are seeking damages for the loss of support of their father, aggravated damages for injured feelings and emotions, mental distress and pain, and exemplary damages for gross neglect and breach of duty by the defendants. Arunan said today the matter is not only limited to what the next-of-kin of the passengers on board flight MH370 have gone through, but also what the passengers themselves would have expected of the authorities. “Ask yourself, if you were a passenger, how would you feel? Don’t you think you want accountability? “Don’t you want someone to be responsible? That’s what we want at the end of the day,” he said. http://www.themalaymailonline.com/malaysia/article/mh370-brothers-file-maiden-negligence-suit-against-mas-putrajaya-over-dads — Star

MH370: Sons of passenger file suit against MAS, four others

KUALA LUMPUR: Two children of a passenger on board Flight MH370 have filed a suit against Malaysia Airlines System Berhad (MAS) and four others over the disappearance of the aircraft on March 8 this year. The two boys, aged 13 and 11, filed the suit through their mother Ng Pearl Ming and the firm Messrs Rusmah Arunan and Associates at the High Court registry here Friday. They also named the civil aviation director-general, immigration director-general, chief of air force and the Government as defendants. Their businessman father Jee Jing Hang, 41, was on board the flight bound for Beijing. http://www.thestar.com.my/News/Nation/2014/10/31/MH370-sons-of-passenger-file-suit-against-MAS/?utm_source=twitterfeed&utm_medium=twitter ————————————————————————————————————