KL High Court orders MACC and the Government to pay RM600,000 to the Family of Teoh Beng Hock

TEOH BENG HOCK DIED WHEN HE WAS IN THE CUSTODY OF THE MALAYSIAN ANTI-CORRUPTION AGENCY (MACC).

Teoh, 30, the political aide to a Selangor government executive committee member, was found dead on the fifth floor of Plaza Masalam, Shah Alam on July 16 2009 after he was interrogated at the MACC office on the 14th Floor of the same building.

On Oct 3 last year, Teoh’s father Teoh Leong Hwee, his mother Teng Shuw Hoi, his fiancée Soh Cher Wei and his son Teoh Er Jia filed the suit against MACC, the government and 12 others for causing them sorrow and the loss of dependence. 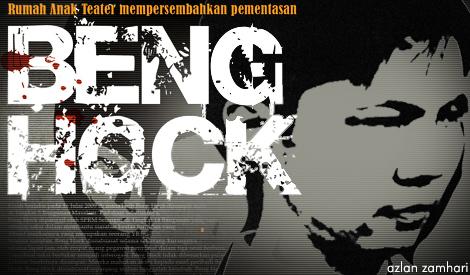 After almost six years of tussle, the government today finally agreed to pay a compensation of RM600,000 to the family of the late Teoh Beng Hock for negligence.

Teoh, who was brought in as a witness by the Malaysian Anti-Corruption Commission (MACC) on July 15, 2009 was found dead the following day after falling from the 14th floor of the Selangor MACC headquarters in Shah Alam.

Kulai MP Teo Nie Ching, who has been assisting Teoh’s family, told Malaysiakini the settlement was formalised and agreed upon by both parties at the Kuala Lumpur High Court today.
…

“The family said in court today that they accept the payment to the extent of the claim for negligence and that they stand by the decision of the Court of Appeal recently.

“They also demanded police conduct further investigations into the matter and charge those persons responsible for his death,” he said in a statement.

KUALA LUMPUR: A suit brought by the late Teoh Beng Hock’s family against the Malaysian Anti Corruption Commission (MACC) and the Government for negligence over the death of Teoh has been settled.

High Court judge Justice Rosnaini Saub on Tuesday instructed the defendants to pay RM600,000 in damages after the defendants admitted to negligence resulting in Teoh’s death.

Thai pathologist Dr Pornthip Rojanasunand has not been allowed to come to Malaysia to testify in the negligence suit filed against the Malaysian Anti-Corruption Commission (MACC) and 13 others by Teoh Beng Hock’s family and”political interference” is behind it.

With the plaintiff side of the hearing almost coming to an end, the family’s lawyer, Gobind Singh Deo, told the Kuala Lumpur High Court today that Pornthip had confirmed she was not able to attend as one of the witnesses.

“She is unable to attend the hearing because of political interference between our (Malaysian) government and her (Thai) government,” Gobind (left) said.

Pornthip was supposed to be the Teoh family’s main witness in the suit.
…

Outside the courtroom today, Gobind claimed Pornthip sent him a text message as “clear indication” about her absence last night, which he claimed has a severe impact on the case.

“Again, the family has given me firm instruction to fight till the end,”Gobind stressed, however stating that he was not at liberty to disclose more detail behind the alleged “political interference”.

“Since the defence counsel says they want Pornthip, and the Malaysian government is one of the defendants, they should assist in securing her attendance,” he added.

However, to this, Azizan told Malaysiakini that although the defendants required Pornthip’s presence in court, the burden of getting her lied solely upon the plaintiff.

Meanwhile, hearing was adjourned and fixed to continue on Feb 5, 6, and 7, next year.

Tears flowed again at the Kuala Lumpur High Court today as Teoh Lee Lan testified in the hearing of the negligence suit against the Malaysian Anti-Corruption Commission (MACC) over her late brother Teoh Beng Hock’s death.

Lee Lan, meanwhile, began today’s hearing wearing a sombre scowl on her face and appearing cautious and calm as she responded numerous times as Azizan asked for clarifications to her answers. However, her composure broke when Azizan’s line of questioning turned to Soh and how long Lee Lan had known about the pregnancy, whereupon the bereaved sister burst into tears.

She was seen wiping her tears while answering questions for about 20 minutes, at the same time asking Azizan not to “twist” his questions.

“I’ve told you many times, Beng Hock sent me an SMS and informed me about Soh’s pregnancy, and I knew it was a two-month pregnancy only after his death,” she said.

Dr Pornthip is well known in Thailand for clashing with the authorities, especially for alleging police killings during then-Prime Minister Thaksin Shinawatra’s anti-drug campaign in 2003.

Dr Pornthip Rojanasunand: Champion of the Rights of the Dead
…

AT THE KUALA LUMPUR HIGH COURT

When questioned by the family’s counsel Gobind Singh Deo on the marriage preparations prior to Teoh’s death, Sor Cher Wei, burst into tears.

High Court Judge Rosnaini Saub had initially tried to calm her down, but then ordered a 10-minute recess.

Teoh’s parents and younger sister, who were also in the courtroom, also failed to fight back tears.

Teoh’s family had filed a negligence suit against the Malaysian Anti-Corruption Commission (MACC) and 13 others.

Several MACC officers, who were named as defendants, were also present.

Teoh, 30, who was political aide to a Selangor state  executive councillor, was found dead on the fifth floor of Plaza Masalam in Shah Alam on July 16 2009, after he was interrogated at the Selangor MACC office on the 14th floor of the same building.

Stressing her belief that Teoh did not commit suicide, Soh had regained her calm after the hearing resumed by 2pm.

She said that the family members had not recovered from their sorrow even though the incident happened four years ago, as they were still in the dark over Teoh’s cause of death.

“My son can no longer meet his father… he can only mention that ‘father is black’ now.

“This is because he sees the clothes that the family and I wear when we fight for justice for Teoh. And the clothes are all in black or white,” she said in her written statement.
…

Thai pathologist Dr Pornthip Rojanasunand is scheduled to be present as one of the plaintiff’s main witnesses, but Gobind had yet to reveal the date.

Dr Pornthip to testify in Teoh case against MACC

The family of the late Teoh Beng Hock, who have filed a negligence suit against the Malaysian Anti-Corruption Commission (MACC) and 13 others, will call on Thai pathologist Dr Pornthip Rojanasunand as
their main witness.

The family’s counsel Gobind Singh Deo told reporters that the plaintiffs and defendants would be calling on 11 and 10 witnesses respectively, after the case management before the Kuala Lumpur High Court Judge Rosnaini Saub here today.

He said the judge had also set three days for the trial starting Nov 19.
Bernama

Dr Pornthip to testify in Teoh case against MACC

Dr Pornthip to testify in case against MACC: KUALA LUMPUR, Oct 21 — The family of the late Teoh Beng Hock, who… http://dlvr.it/49lK8f

KUALA LUMPUR: The High Court has set three days from Nov 19 to hear the civil suit filed by the family of the late Teoh Beng Hock against the Malaysian Anti-Corruption Commission (MACC) and Government for their sadness, loss of their dependency and negligence on part of the defendants.

The suit is to be heard before High Court judge Justice Rosnaini Saub if there is no settlement between the parties.

Speaking to media here Friday, senior federal counsel Azizan Md Arshad, who acted for the defendants, said the judge has ordered the parties to exchange witness statements for trial and set Oct 21 for case management.

“The judge has also asked us to work out a settlement if possible,” he added.

MACC and the Government are contending that the former political aide’s death was due to his own negligence.

They said that Teoh’s fiancee, Soh Cher Wei, had no right to take legal action against them.

The four plaintiffs have named the MACC, Government and 12 others as defendants.

4 Responses to KL High Court orders MACC and the Government to pay RM600,000 to the Family of Teoh Beng Hock