Elephants on a Long March. In China. No one knows to where…

A group of Asian elephants was seen herding from a tropical forest in southwestern China’s Yunnan province to the city. The animals were first spotted last December and soon vanished from sight. They returned in mid-April and started marching northward. The elephants have strolled through villages, walked on main roads while ignoring police sirens, ate corn and drank water from local shops.

esidents in a county in Southwest China’s Yunnan Province got a big surprise, as 15 wild Asian elephants suddenly appeared in their neighborhood on Thursday night. They were warned not to get close to or tease the animals to avoid being attacked.

The elephants walked along a street under the dim road lights, with their huge bodies almost blocking the whole street, a video clip People’s Daily uploaded on Weibo showed on Friday. The clip got more than 2.5 million views within five hours.

A local resident surnamed Jia, who owns a tire shop on Xi’e Road in Eshan county of Yuxi in Yunnan, told the Global Times on Friday that he saw the elephants from his window.

“It was around 10 pm and I was still in my shop,” Jia recalled. “I heard some noise on the street, and I looked out – wow, elephants!”

Though a bit scared, Jia soon ran to the street to take a closer look at the elephants, a highly uncommon sight in residential areas. “I was so curious; the nearest elephant was only a few meters away from me,” he said to the Global Times by phone. 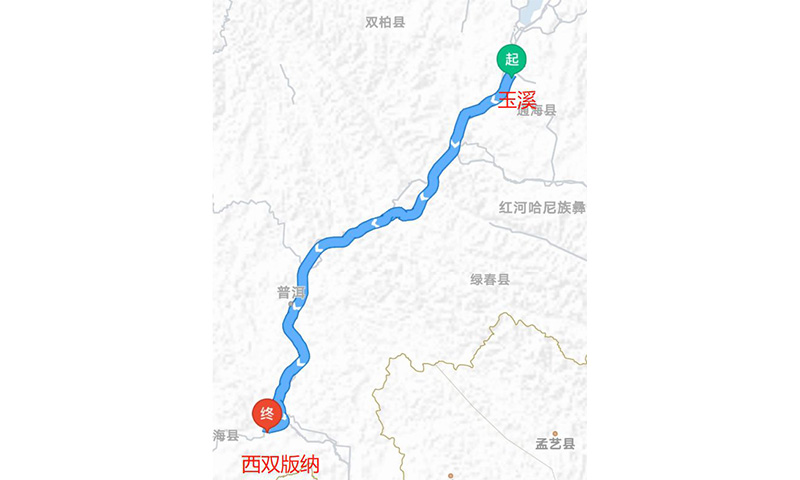 The route of the Asian elephants was marked by a netizen. Photo: Weibo

The 15 elephants came to Eshan county in Yuxi City, Yunnan on Thursday evening, and then entered safe areas (for humans) at 2 am on Friday, local authorities stated, saying the forest fire staff kept tracking the elephants’ route with drones.
.

As of Friday afternoon, the elephants were found near Eshan county, only 120 kilometers from Yunnan’s capital city Kunming, where the 15th meeting of the Conference of the Parties (COP15) of the Convention on Biological Diversity (CBD) is scheduled to be held in October.

On Weibo, many users joked that these wild elephants are going to Kunming specially to attend the COP15. “Welcome, the ‘elephant delegation!'” one user wrote on Friday. “Have a nice trip and be friendly to us humans.”