A Chinese response to Dr Mahathir and Raja Petra 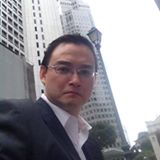 Today, I personally know of an Indonesian contractor who started off as a labourer but now earning more than RM10k a month from renovating houses. He works very hard till late night and 7 days a week. Like a Malay, he is also a Muslim. He looks no different from any other Malay but he is more successful than the typical uneducated Malay.

Why is it so? It is because he behaves like a migrant just like the Chinese and Indians. Back in Indonesia, labour is plenty and cheap. Hence, he decided to come to Malaysia to take risks and work hard to be successful like any other entrepreneurs.

Malays are pampered with benefits and handouts from the government. In Indonesia, they have nothing. If Mahathir is truly serious in waking up the Malays, he should have removed all these rights and benefits exclusively for Malays and make them hungry.

Yes, the Chinese think of money more often than the Malays because we have been brought up that the world do not owe us a living. As what Mahathir said, why can’t the Malays think like the Chinese? If you call me a racist, then the bigger racist than I am is Tun Mahathir for his unfair generalisation of the Malays.

I used to think highly of you (Raja Petra) and enjoyed reading your writings but not anymore. Your tone appeared to have resorted to the tone Ibrahim Ali of Perkasa. You blame the world and everything else for the shortcomings of your own race. You whacked the Jews, the west, the Chinese and what not when you failed instead of looking at your own weaknesses. Poverty is a trap. Poverty is a vicious cycle is due to the fact that your mentality and character is that of a poor man. You appeared to have left the kampung and live in the city but the kampung mentality has not left you.

FYI, many of my Malay friends and brethren echoed my views.

BTW, I have never supported any of those Chinese organisations like Dong Jia Zhong and aspire to be true Malaysian. Unfortunately, people like you that likes to blame your poverty to the migrants or pendatang for taking your wealth away.

Look at Aceh, Indonesia which is probably the most Islamic state and with the least Chinese population in Indonesia. Unfortunately, it is one of the poorest states despite the rich oil reserves. How about the fate of Malays in Southern Thailand? They are poor and marginalised as well. In both Aceh and Southern Thailand, the Malays are poor. Do you blame the Chinese for their fate as well?

I strongly suggest that you divorce your Chinese wife and marry a Malay to make you a true Malay and join Perkasa. Next, make Malaysia like Zimbabwe or Uganda whereby they chased away all the local Indians who owned businesses and just took their assets and properties without any form of compensation. You might want to fantasise along this line of taking away all Chinese businesses and revoke their citizenship as well.