Azmin Ali attends BN Press Conference: If Mahathir can, so can he! 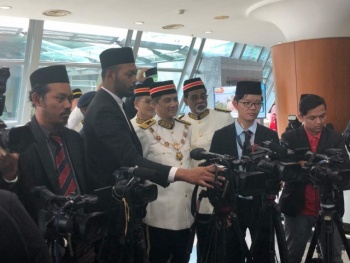 Mat Nadzari was criticising the state government for failing to adhere to good governance when Mohamed Azmin appeared and stood among the reporters.

Mohamed Azmin, along with Sri Andalas assemblyman Dr Xavier Jayakumar, listened to the press conference held at the state assembly’s annexe building today and were at times seen smiling at the points raised by the BN state lawmaker.

He was also seen to be reading a media statement prepared by the BN assemblymen which had detailed the mismanagement of the state government.

The focus shifted to the mentri besar as reporters took pictures and videos to document the rare opportunity.

However, Mat Nadzari did not lower his tone despite Mohamed Azmin’s presence.

The awkward situation ended without any verbal confrontation as Mohamed Azmin left the building a few minutes after attending the press conference.

The situation was reminiscent of a stunt pulled by Pakatan Harapan chairman Tun Dr Mahathir Mohamad last week when the veteran statesman gatecrashed a forum in Shah Alam discussing whether he was still fit to become the prime minister.
.

When met after the press conference, Mat Nadzari said he did not see the conduct of Mohamed Azmin as a provocation to the opposition lawmaker.

“I think he is also interested to learn about his failures in managing the state government. I don’t think he would be able to resolve the issues highlighted by us (before the election),” he said.

Dr. Afif Bahardin and 4 others Retweeted 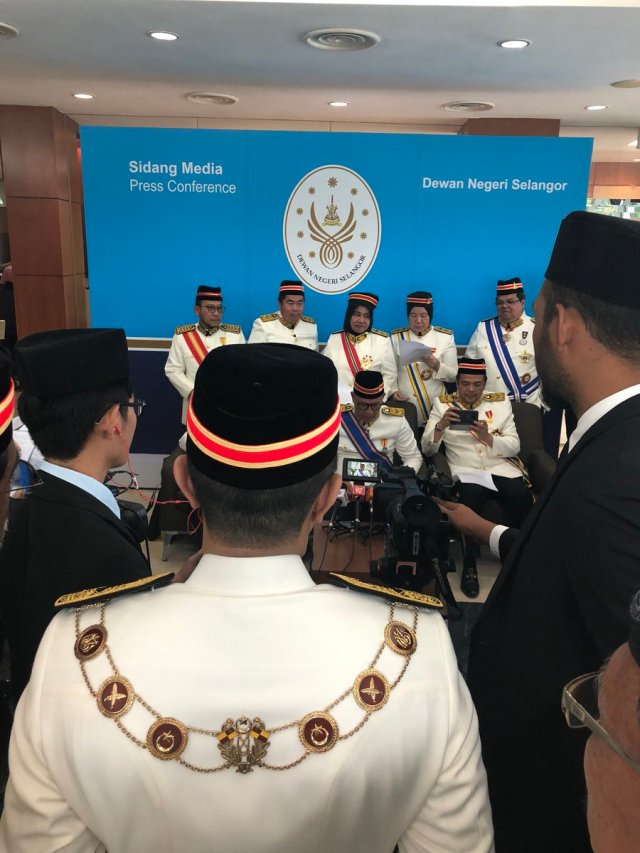 Like Loading...
This entry was posted in Uncategorized and tagged Azmin Ali attends BN Press Conference: If Mahathir can. Bookmark the permalink.