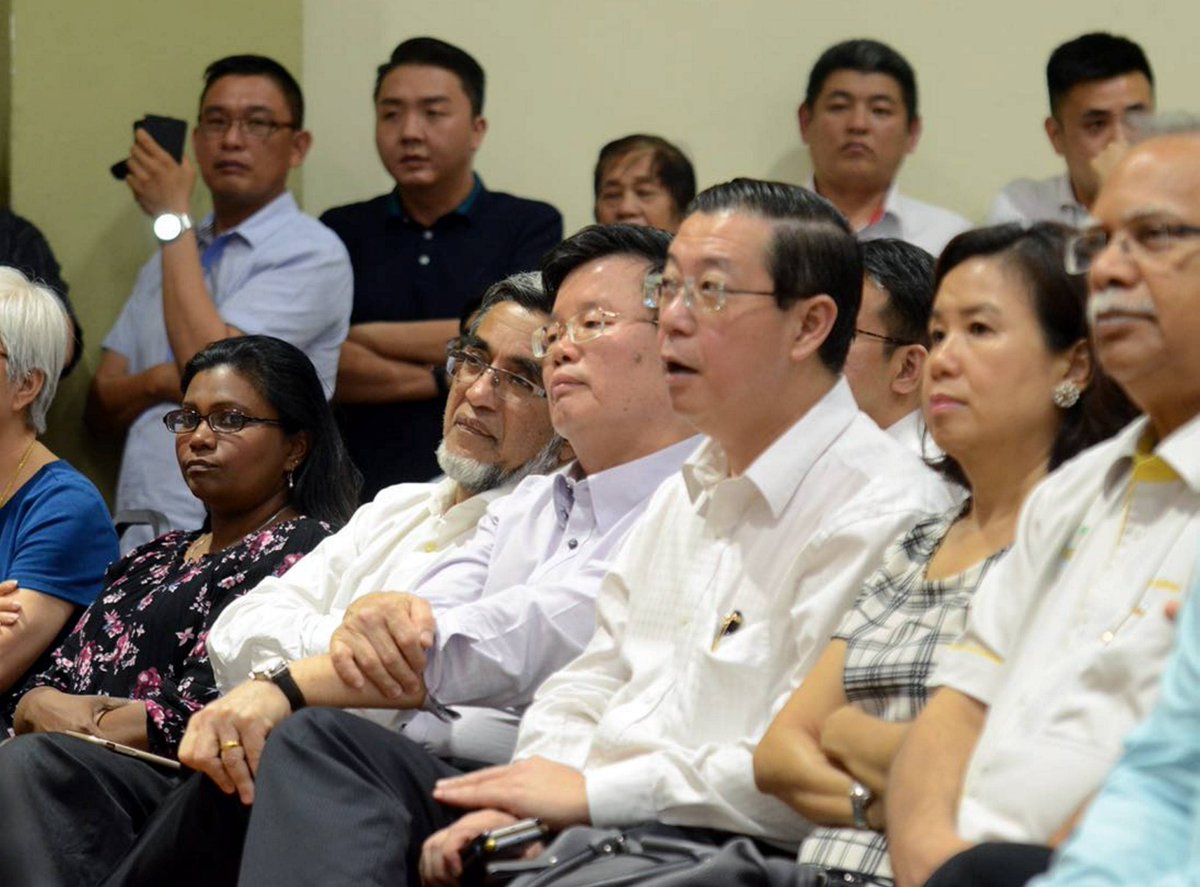 …
The Star ‏@staronline 4h4 hours ago

GEORGE TOWN: The public debate between Gerakan and Penang DAP on Tuesday night descended into a din of thunderous shouts, jeers and boos because of an unruly crowd, made worse when state government debater Lim Hock Seng started berating them.

“Kalau sudah kalah, cakap kalah! Jangan bising! (If you’ve lost, admit it! Don’t make noise!)” Lim shouted at the Gerakan side of the floor when it was his turn to pose a question 27 minutes into the debate.

He had a minute to pose his question to Gerakan debater Datuk Liang Teck Meng, but Lim spent it criticising the previous state government over past projects instead.

When moderator Lee Khai interjected and told him to ask his question, the main hall of the Penang Caring Society Complex reverberated with the bawling of Gerakan supporters to the extent that Lim could not be heard even through the public address system.

Lim, then obviously inflamed, continued to fan the politically-charged emotions of the Gerakan supporters with more incivilities including “hooligans”, “samseng” (gangsters), “bodoh” (stupid) and “Kalau tak tahu, diam!” (If you don’t know anything, keep quiet!).

Like Loading...
This entry was posted in Uncategorized and tagged malaysia, undersea tunnel denate live. Bookmark the permalink.