Did Astro sack 60 staff with a 24-hour notice? Can it be done legally in Malaysia?

Posted on February 4, 2015 by weehingthong

Rohaizad Mohamed, Senior Vice President of Broadcast and Operations, Astro Productions Sdn Bhd, said in an email,”All processes were followed and all affected employees were compensated and recognized for their years of service.”

“All processes were followed and all affected employees were compensated and recognized for their years of service,” said APSB Senior Vice President of Broadcast and Operations, Rohaizad Mohamed in an email to Bernama, Wednesday.

He said APSB were committed to provide the affected employees with career transition support.

It was reported APSB had given 24-hour notice with three months salary as compensation for the staff involved on Jan 30.

According to a APSB Union member who wanted to be anonymous, the company’s action was in accordance with the Human Resource Ministry’s Department of Industrial Relation’s prerequisite as the staff had been given notice and fair compensation.

Former APSB employee, Abdul Halim Manan, 44, said the compensation offered to him was reasonable as he had worked with the company for 18 years.
…

Meanwhile Union Network International-Malaysia Labour Centre (UNI-MLC) president, Mohamed Shafie BP Mammal in a statement stated that the union had received the complaint and all the unions in APSB were discussing the matter with the Department of Industrial Relation to find a solution. 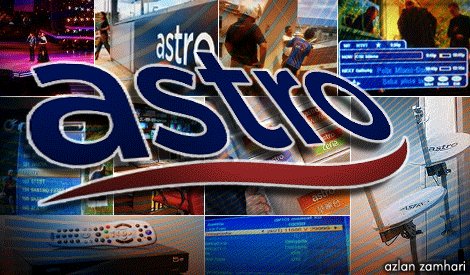 Sixty workers from a subsidiary of satellite television provider Astro lodged complaints with the Labour Department after they were terminated with 24 hour notice.

Workers’ union UNI-Malaysia Labour Centre said the workers were called in and made to sign an agreement of termination and paid compensation immediately.

“Astro Productions Sdn Bhd’s move of terminating these workers without an explanation is uncalled for given that the firm has two registered workers’ unions.

“The workers should have been terminated in a more dignified maner and not sacked in such a cruel manner, given that some had worked for the firm for (close to) 20 years,” , said UNI-Malaysia Labour Centre president Mohamed Shafie Bp Mammal said in a statement.

Whether you are employer or employee in Malaysia, the Employment Act 1955 is a very important act related to your employment.

Below is a summary of some of the important points in that act: