Miss World Singapore 2013 has its own drama and controversy, too!

Miss Universe S’pore is a pharmaceutical technician and other things you should know about her http://bit.ly/1xSdU5O 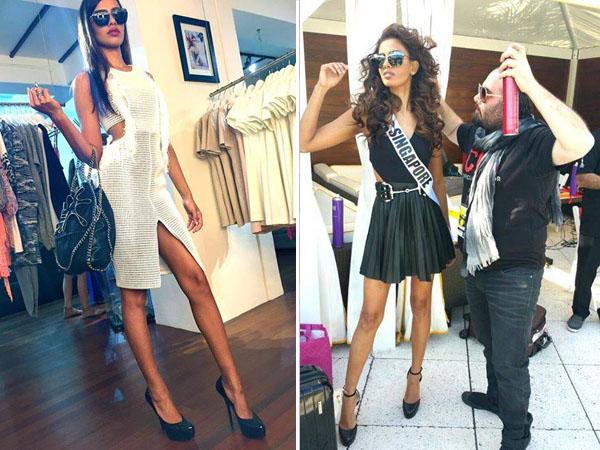 The 24 year old is a pharmaceutical technician at a vet centre and is passionate about animals.

ALL DOLLED UP: Miss Singapore 2014 Rathi Menon in her national costume and evening gown (above).

Forget national icons like the Merlion and the Vanda Miss Joaquim orchid.

The national costume for this year’s Miss Universe Singapore representative does away with the culture-centric look of years past.

Miss Rathi Menon, 24, wore a glitzy, star-covered gold bodysuit, thigh-high boots and a giant crescent on her back at the Miss Universe National Costume Show, held in Miami on Jan 21 (US time), ahead of the finals on Jan 25 (US time).

It was designed by Spanish-Venezuelan celebrity designer Alejandro Fajardo, 48, who has created outfits for US singer Jennifer Lopez.

But some netizens and designers here felt it did not adequately represent the nation.

A look at Miss Universe Singapore national costumes throughout the years

A look at Miss Universe Singapore national costumes throughout the years: http://bit.ly/15yUBH0 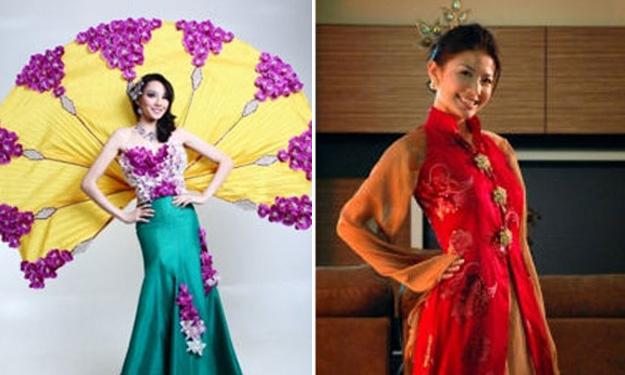 Miss Universe Singapore 2015 Rathi Menon has shared on social media a photograph of the national costume she will be wearing at the international Miss Universe pageant.

The gold skin-tight suit appears to be inspired by the five stars and crescent moon on Singapore’s national flag, and is matched with gold thigh-high boots.
…
Other costumes worn by Singapore contestants have received much flak over the years, including one designed after The Merlion and another after Singapore’s national flower Vanda Miss Joaquim.

The costumes, which were featured in the Miss Universe contest in 2008 and 2013 respectively, were designed by local fashion designer Riyan Haffys.

The 23-year-old Singapore Institute of Management undergrad beat 11 other contestants in the finals held at Shangri-La Hotel on Friday 22 Aug.   She takes home $5,000 in cash and diamond earrings worth over $30,000 among other prizes, as well as a chance to represent  Singapore in the international Miss Universe pageant in December.

Menon expressed surprise at the win, adding that the catwalk segment of the competition was the most difficult as she had no prior experience in modelling.  During a sponsors’ conference last month, Menon revealed that she is a motorbike enthusiast, and rides a 400 cc super four. 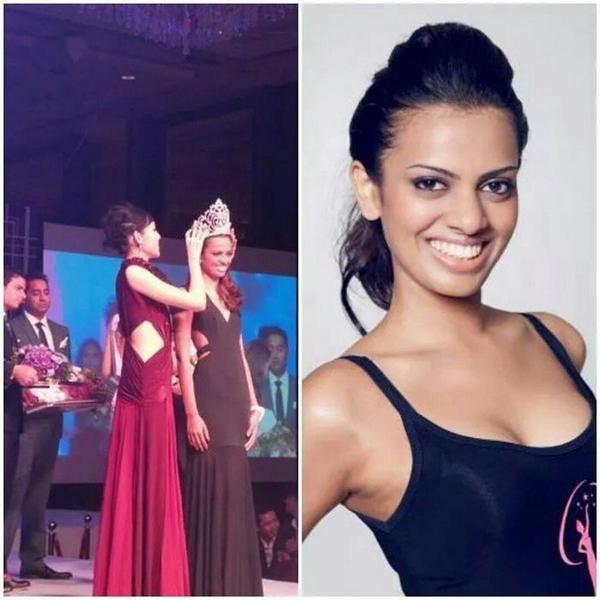 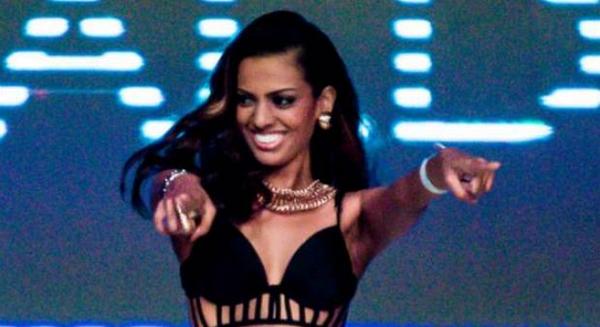 At the Miss Universe Singapore finals last Friday (Aug 22), the glittery diamond crown was placed on the head of pharmacy technician Rathi Menon, 23.

Rathi, who also bagged the accolades for Miss Brilliance and Miss Personality, beat out 11 other finalists to win the crown.

We’ve fallen in love with her and here’s why:

Menon delivered nothing short of a sharp and intelligent answer during the Q&A segment, Yahoo Singapore reported.

Question: What would be the “worst case scenario” if the world becomes “deprived of the Internet”?

Rathi’s answer: “It is these services that enables us to connect with loved ones near or far. Not knowing where they are or if they are in danger, I think that would be the worst scenario.”
…

The human resource undergraduate at SIM is certainly not your regular hair-flipping diva who can’t string a proper sentence together.

Rathi, the first Indian beauty to bag the big prize since 1998, also has a super chic style and is unafraid of enjoying the more boy-ish things in life – she rides a 400 cc super four motorcycle.

She’s said she has no prior modelling or pageant experience. 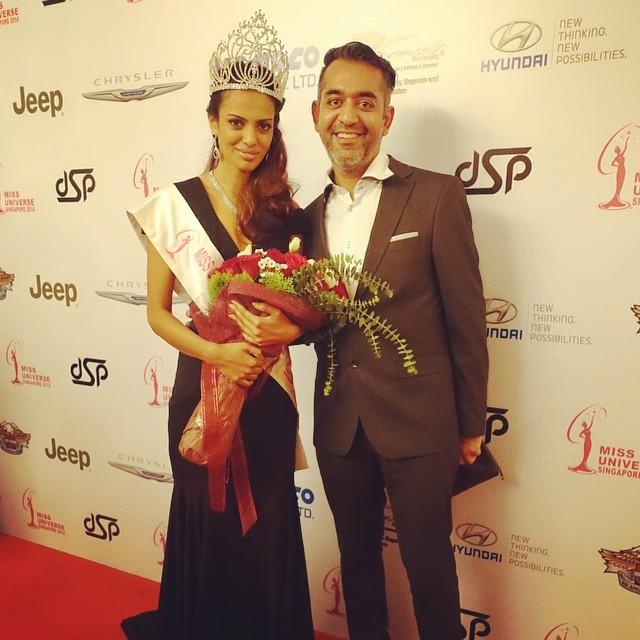