Recently, a Shell station employee had gone viral after he was shown to be asleep at the counter. While the people who recorded him sleeping where (sic) condemned, netizens felt bad for the employee.

The Taman Sri Gombak Facebook page shared how Shairan Huzani Husain, the Managing Director of Shell Malaysia Trading Sdn Bhd and Shell Timur Sdn Bhd, had treated the employee to a medical check up and a well-deserved break after realising he had a very good reason to have fallen asleep.

They wrote, “The viral Shell station worker who fell asleep, it turns out he diligently helps his mother with her business at the market. Respect to the boss of Shell for backing his employees up.”

They went on to explain why they believe Shairan is an exemplary employer. 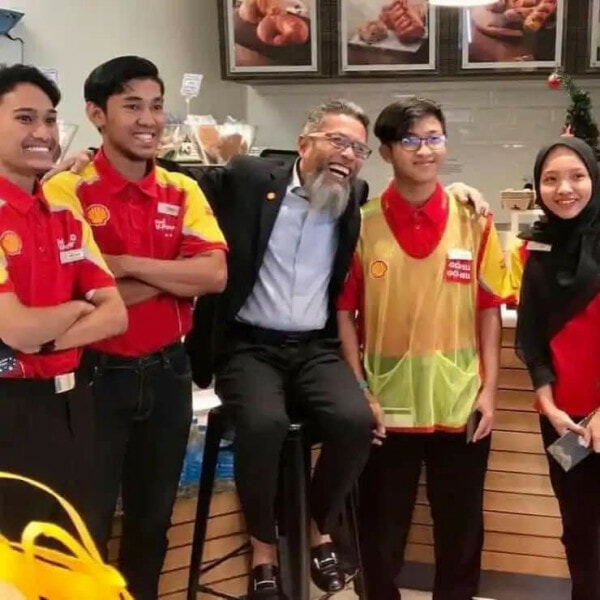 “Meaning, he asked first about what really happened to his employees. There was no reckless anger and he explained what the cause is and apologised to the customer,”

“The worker is believed to be exhausted after helping his mother trade at the market early in the morning. Following the viral video, the employee was sent for a medical check up and his employer gave him a short break to rest,” they added.

Viral Shell worker fell asleep, apparently diligent in helping mother do business in the market. Respect this Shell Boss because he backed up his employees.

It means he asked first what really happened to his employees. Not angry at all and explain the cause and apologize to the customer.

The worker is believed to be exhausted after helping his mother trade in the market early in the morning. Following the viral video, the employee was sent for medical check-up and his employer has given him temporary leave to rest.

This is the characteristic of a good boss. It’s not always angry at workers without knowing the reason

Like Loading...
This entry was posted in Uncategorized and tagged shell petrol station staff asleep on the job. Bookmark the permalink.