Watch out for the next pandemic from China: It could be the Nipah virus…

The Nipah virus was identified in 1999 after it caused respiratory and neurological diseases in pig farms in peninsular Malaysia, causing 105 deaths and the disposal of one million pigs. Wikipedia

An outbreak of the Nipah virus in China, with a fatality rate of up to 75 percent, could potentially be the next big pandemic risk with giant pharmaceutical companies unprepared while currently focusing COVID-19, according to a report by the Access to Medicine Foundation.

“Nipah virus is another emerging infectious disease that causes great concern. Nipah could blow any moment. The next pandemic could be a drug-resistant infection,” The Guardian quoted Jayasree K Iyer, the executive director of the Netherlands-based Access to Medicine Foundation, as saying.

The virus is rare and spread by fruit bats, which can cause flu-like symptoms and brain damage. It can cause encephalitis, or inflammation of the brain, according to the World Health Organization. The usual treatment is supportive care. 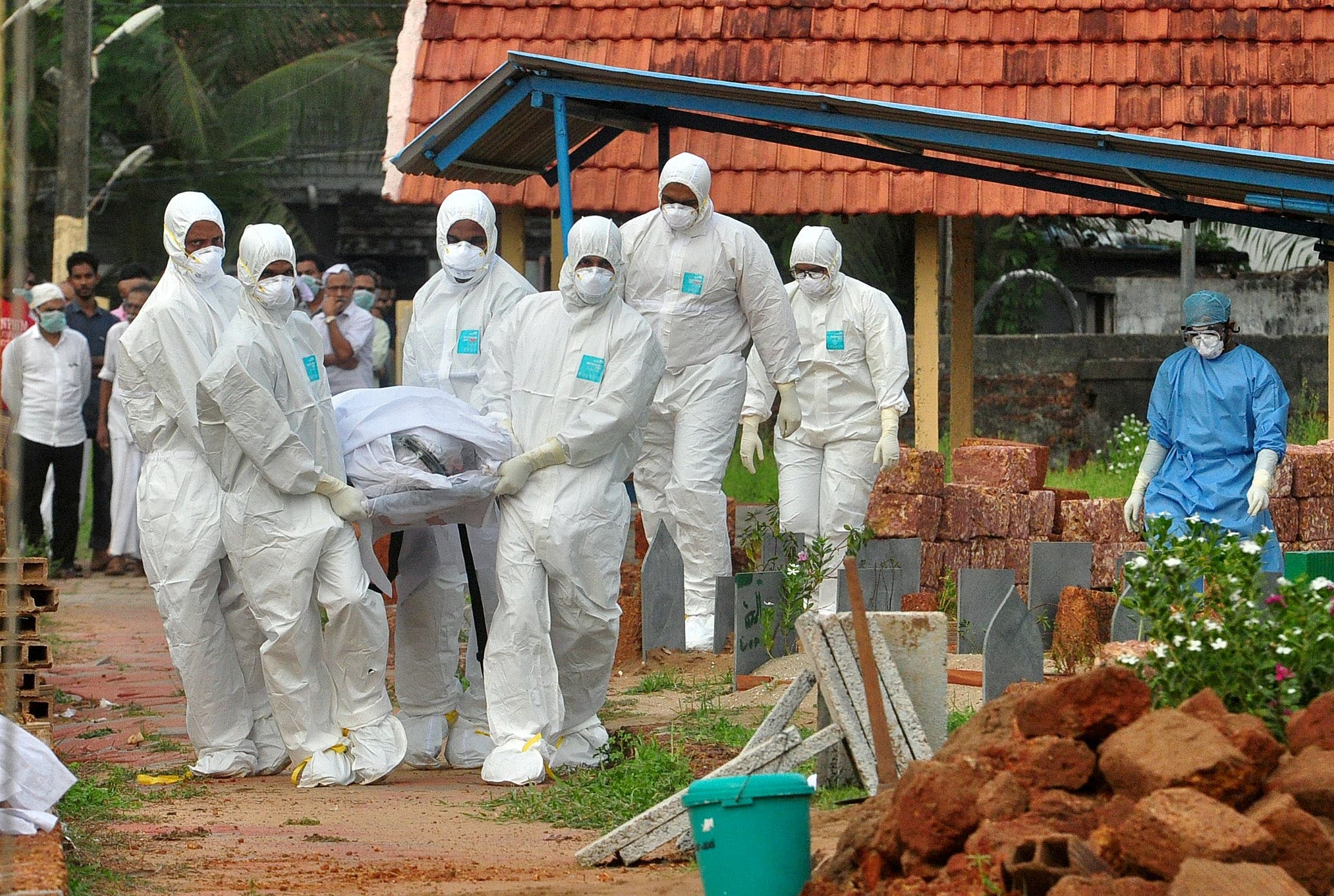 Doctors and relatives wearing protective gear carry the body of a victim, who lost his battle against the brain-damaging Nipah virus, during his funeral at a burial ground in Kozhikode, in the southern Indian state of Kerala, India. (File photo: Reuters)

An outbreak of the Nipah virus in India’s southern state Kerala in 2018 claimed 17 lives. At the time, countries like Saudi Arabia and the United Arab Emirates temporarily banned frozen and processed fruit and vegetable imports from Kerala as a result of the outbreak there.

At the time, health officials believed that Nipah outbreaks in Bangladesh and India were perhaps associated with the drinking of date palm juice.

The world’s biggest pharmaceutical firms are little prepared for the next pandemic despite a mounting response to the Covid-19 outbreak, an independent report has warned.

Jayasree K Iyer, executive director of the Netherlands-based Access to Medicine Foundation, a not-for-profit organisation funded by the UK and Dutch governments and others, highlighted an outbreak of the Nipah virus in China, with a fatality rate of up to 75%, as potentially the next big pandemic risk.

“Nipah virus is another emerging infectious disease that causes great concern,” she said. “Nipah could blow any moment. The next pandemic could be a drug-resistant infection.”

Nipah can cause severe respiratory problems and encephalitis, swelling of the brain, and has a mortality rate of 40% to 75%, depending on where the outbreak occurs. Fruit bats are its natural host. Outbreaks in Bangladesh and India were probably linked to drinking date palm juice.

It is one of 10 infectious diseases out of 16 identified by the World Health Organization as the greatest public health risk where there are zero projects in pharmaceutical firms’ pipelines, according to the foundation’s biennial report. They also include rift valley fever, common in sub-Saharan Africa, along with Mers and Sars – respiratory diseases that are caused by coronaviruses and have far higher death rates than Covid-19 but are less infectious.