Papagomo, UMNO blogger: Life after a RM950k payment to Anwar Ibrahim for defamation…

Last Dec Papagomo pd @anwaribrahim $951K in damages. In 2011 ZahidHamidi allowed him into the Scorpene submarines while disallowing LGE’s bodyguards! Now he wants to elbow Zahid out? Who is Papagomo‘s UMNO Godfather & memebrs who donated $ to pay d fine? 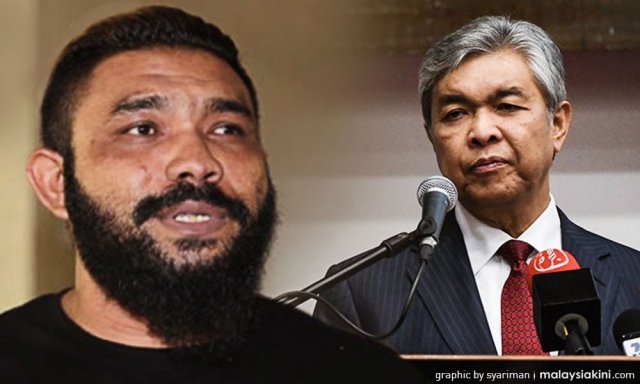 “I and many others want Razaleigh as Umno president. Give way to Razaleigh to take on this responsibility for the sake of Umno, and not for the interest of any individuals,” he said in a statement today.
.

“When Razaleigh becomes Umno president, then the youths will know who he is, and then they will know who Mahathir really is,” he said.

Razaleigh last made a bid for the Umno presidency in 1987, a contest which he lost to Mahathir by just 43 votes.

This triggered a series of events in which Umno was deregistered and short-lived splinter group Semangat 46 was formed. 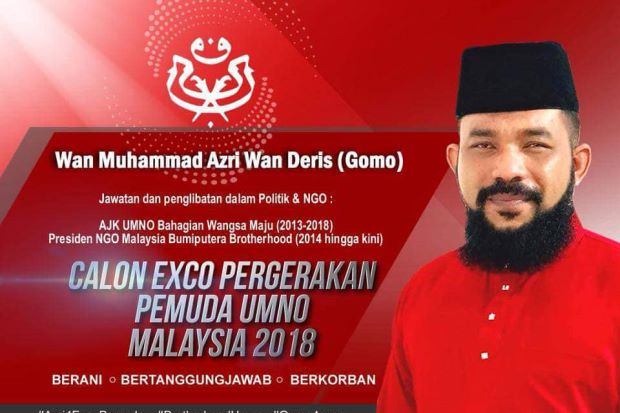 “I humbly ask for the support of all Umno members to give me a chance to serve and rise together with the leaders of Umno Youth,” the 35-year-old said on his Facebook page on Tuesday (June 5) night.

In a poster to announce his candidacy for the post, Wan Muhammad listed down his previous political and non-governmental organisation positions.

In the list, Wan Muhammad was the Umno committee member for the Wangsa Maju branch from 2013 to 2018. He has also been the Malaysia Bumiputera Brotherhood president from 2014.
Read more at https://www.thestar.com.my/news/nation/2018/06/06/papagomo-to-contest-umno-youth-exco-position/#sTchvGbyIEcStOiZ.99 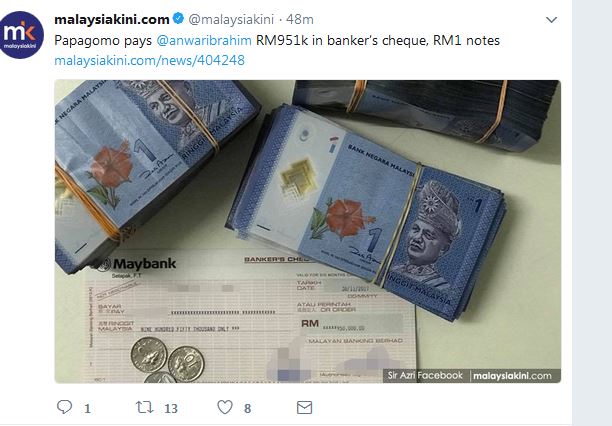 The amount — RM950,000 in a bank draft and another RM1,260 in one ringgit notes plus 30 sen — was paid to Anwar’s counsel Latheefa Koya and J Leela in the chambers of High Court deputy registrar Husna Dzulkifli.

Anwar filed the petition on June 30 to recover the money after Papagomo had exhausted the appeal process.

Papagomo, whose real name is Wan Muhammad Azri Wan Deris, said the money was raised from crowd funding over the last three months.

“The money mostly came from Umno members and other well-wishers,” he told reporters.

Papagomo’s lawyer Irna Shahana Shamsuddin said Anwar’s lawyers would withdraw the creditor’s petition tomorrow since the due sum had been settled.

Latheefa confirmed she received the bank draft and cash from Papagomo.

“We will have to cash the bank draft to confirm that all the due sum has been settled,” she said.
.
Besides the RM800,000 in damages awarded to Anwar, there was RM101,000 in interest on the principal amount not paid for the past four years plus legal costs of RM50,000.

Like Loading...
This entry was posted in Uncategorized and tagged papagomo umno blogger, Papagomo: Life after a RM950k payment to Anwar Ibrahim for defamation.... Bookmark the permalink.