Don’t fool around in Cambodia! No ‘pornographic (obscene?) dancing’. 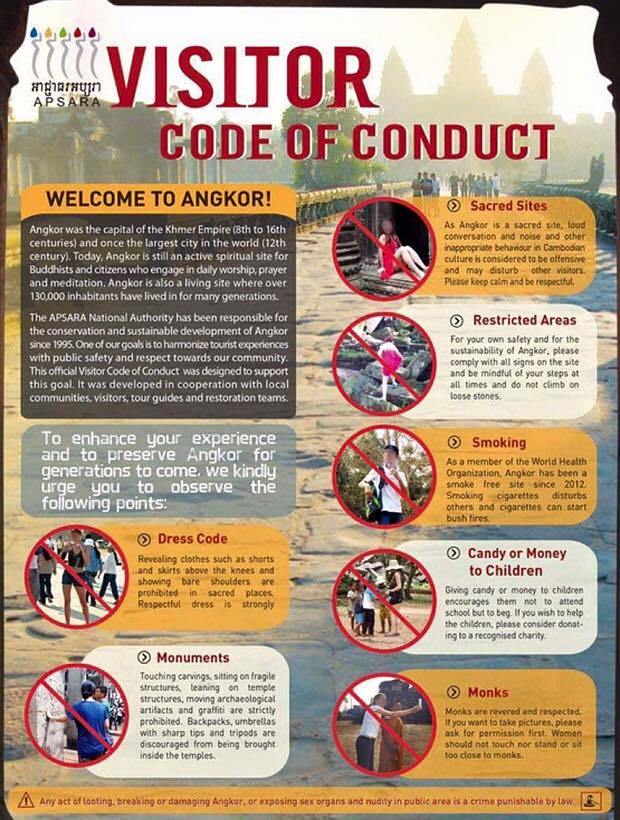 PHNOM PENH, Feb 9 — A Cambodian court has granted bail to seven out of 10 foreigners facing trial on pornography charges over a raucous party in the tourist hot-spot of Siem Reap, a court spokesman said yesterday.

The group — five Britons, two Canadians, a Norwegian, a New Zealander and a Dutch national — was arrested two weeks ago by police who raided their pool bash at a private villa in the city, which flanks Cambodia’s famed Angkor Wat temple ruins.
.

The defendants have denied the allegations, saying they were wearing “sexy” clothing but were not fully nude or responsible for any pornography.

Yesterday, a Siem Reap court spokesman said the seven had been granted bail.

“They have been released from prison,” Yin Srang told AFP, refusing to provide more details.

Defence attorney Ouch Sopheaktra said lawyers requested bail for the seven because “they were not the organisers of the party” and were therefore more likely to be released.
.
Lawyers did not seek bail for the other three — a British, Dutch and Norwegian national — who rented the villa and organised the party, he added.
.
Read more at http://www.themalaymailonline.com/travel/article/dirty-dancing-foreigners-released-on-bail-in-cambodia#PUpbUz1BE3VvGGfT.99

One prisoner felt that the arrests might have been linked to the targeting of tourists and expats wearing bikinis in public and taking part in pub crawls in Siem Reap. 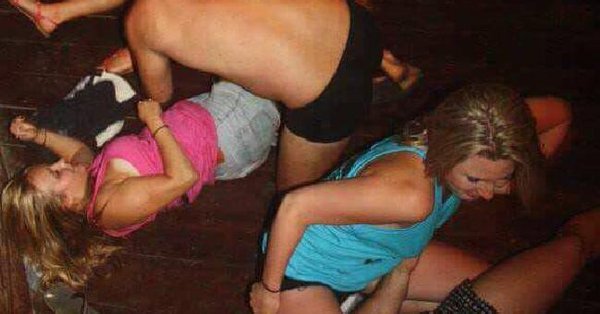 The men are among 10 people being held in Cambodia after they were arrested as they manned a barbecue at a house party. 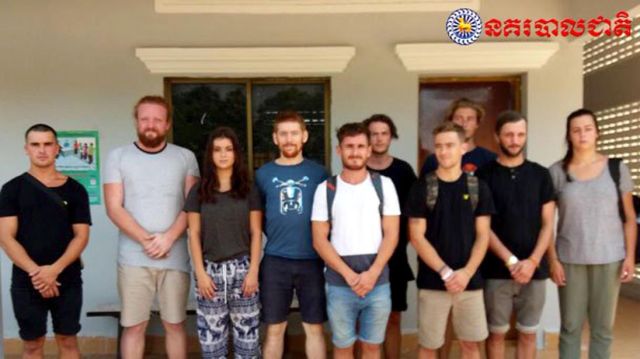 Five British men are being held in Cambodia for what officials have called “pornographic dancing”.

The men are among a group of 10 – including two women, who range in age from 19 to 35 – arrested as they manned a barbecue at a party in a villa on Thursday in Siem Reap.

They have been told they could be jailed for up to a year and could also face six months in detention waiting for the case to go to trial.

But one of the group, who spoke under condition of anonymity, said none of the people in the photos are those arrested and they are confused by the situation. 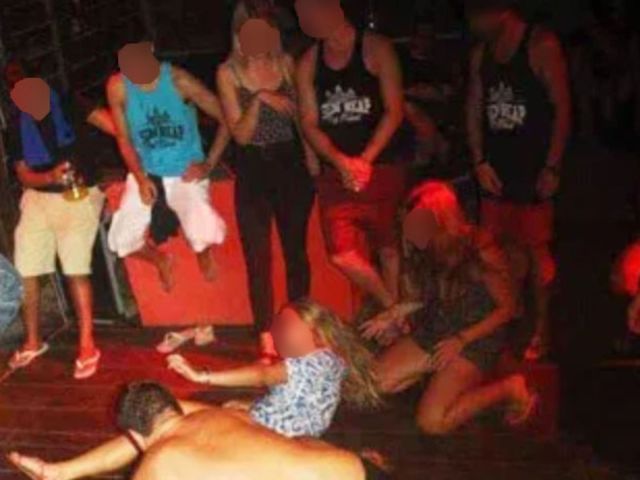 They said: “Honestly, it was really confusing. Everyone was confused. They raided, rounded us up – there was about 80 to 100 people at this party, some of them were tourists. There were about 30 of them [police officers].”

One of the group vomited in shock as they were taken away.

The prisoner added that they were being treated well and had even been bought pizza by the guards.

They have been assigned a Cambodian lawyer and are due in court later today.
.
A statement from Cambodian police referenced pornography and dancing, adding that the 10 people had been charged following an investigation by the Office Combating Human Trafficking and Protection of Juveniles.

Ten tourists face a year in jail over ‘pornographic dancing’ in #Cambodia https://sptnkne.ws/g97v 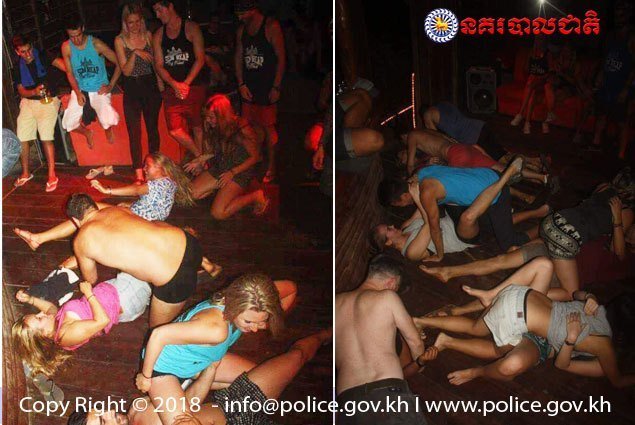 1 Response to Don’t fool around in Cambodia! No ‘pornographic (obscene?) dancing’.