Perhaps they just want to be the first to wish LGE ‘Kong Xi Fatt Chai’? No, they changed their mind.

SEBERANG PRAI: Chief Minister Lim Guan Eng is leaving the matter of rescheduling a questioning session with the police this Friday to his lawyer.

He said his lawyer, Puchong MP Gobind Singh, will be handling the matter.

Lim said he blew his top when his lawyer informed he was to be called for questioning on Jan 27, the eve of Chinese New Year.

“What is this? Might as well arrest me, why come get my statement recorded on the day when we have our reunion.

“This is not sensitive, in terms of Malaysian-ness (and) Malaysian spirit,” he said when asked about the matter today at a press conference. 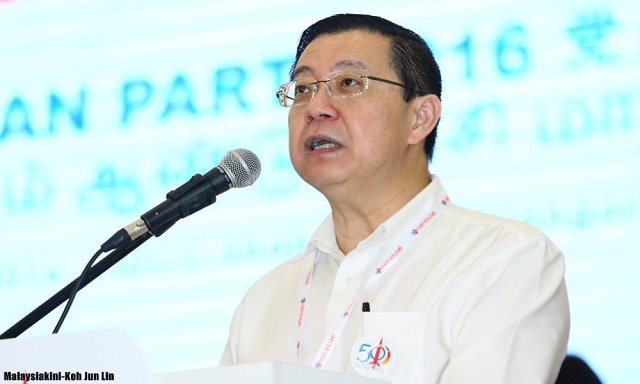 But this time, the police want a session with him on Jan 27, which is the eve of Chinese New Year.

“Personally, I think it is inconsiderate for the police wanting to question him on the eve of Chinese New Year.

“Moreover, it is not a very serious offence and he was already questioned previously,” he said to FMT when contacted.

Yong was responding to an earlier report, where Lim said the police wanted to question him again on Jan 27, Chinese New Year eve, over a remark he made about the shariah bill issue.

Like Loading...
This entry was posted in Uncategorized and tagged LGE, lim guan eng, [police wants to interview LGE on CNY eve. Bookmark the permalink.