According to Sin Chew Daily, ASP Chen, who was admitted to Taiping Hospital a few days ago, died of thyroid disease at the hospital on Sunday.

Menglembu is part of Ipoh, Perak.

A 42-second video clip of him on a vitriolic rant against loan sharks is making waves on the Internet and instant messaging networks.

Wait 30 seconds for the video to come on: 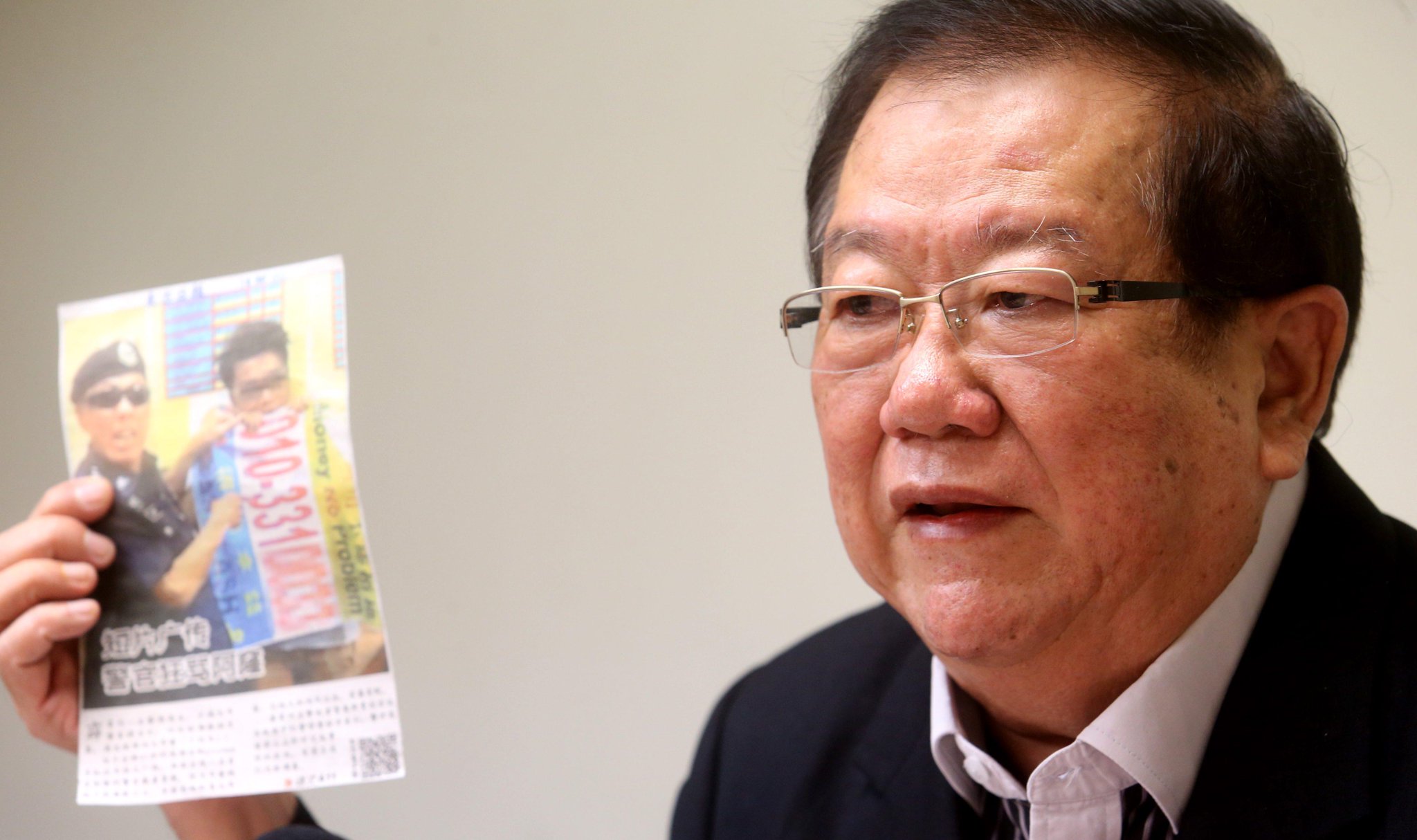 KUALA LUMPUR: The police officer from Menglembu, in Ipoh, Perak, who lashed out at loan sharks and threatened them in a 41-second video, which went viral on social media yesterday, has received backing from MCA’s Datuk Seri Michael Chong.

Chong said as the Public Services and Complaints Bureau chief, he felt the same way about loan sharks who bully victims and their family.

Chong said as the Public Services and Complaints Bureau chief, he felt the same way about loan sharks who bully victims and their family.

“The police officer in the video spoke with emotion and I feel the same. He might have used some unethical words but it showed how hurt he was when people came to him to complain about being threatened by the loan sharks,” he said in a press conference at Wisma MCA here today.

“Menglembu police station chief ASP Chen Ah Kooy, you are not alone. You spoke from the heart and the police force is with you and we will stand for you,” he said.

The clip features a man in sunglasses and police uniform, bearing the rank of either ASP or chief inspector, warning loan sharks against posting banners advertising their services in his area.

He was depicted holding on to a man clutching a typical money lender banner found on lamp post and trees throughout the country.

“I don’t want MCA and DAP complaining to me about ‘ah long’ stickers (in my area).

“If you have guts, you ‘ah long’ should come see me. Kita cek chow, kita bertarung (let’s have a one-on-one fight).

“If you have a pistol, bring it with you. I know you have pistols bought from Thailand,” said the man in the video.

According to Oriental Daily, one of the daily’s reporters dialed the number featured on the poster and the person on the other end of the line said he was an innocent man running a legitimate business.

He said he saw the video clip yesterday and confirmed that the person holding up the poster is his employee, who has been released from police custody.

“My staff was putting up banners when he was arrested. From what I was told, a political party had complained to the police about these banners somewhere in Cheras.

“That’s what prompted the police personnel to do (what he did),” said the person contacted by Oriental Daily.

A statement from the Ipoh district police headquarters said Chen’s ranting in the footage was unofficial and without reference from the higher-ups of Ipoh police.

Ipoh police said although Chen’s initiative to send out the stern warning was meant well with sincere intentions, it should have been done professionally without the use of unsuitable words and language.

Ipoh police also denied that Ah Long activities were high in Menglembu as claimed by Chen as only three of 45 cases reported last year was in the area.