Video: Is this a Chinese ‘water monster’ or some kind of ‘bear’? 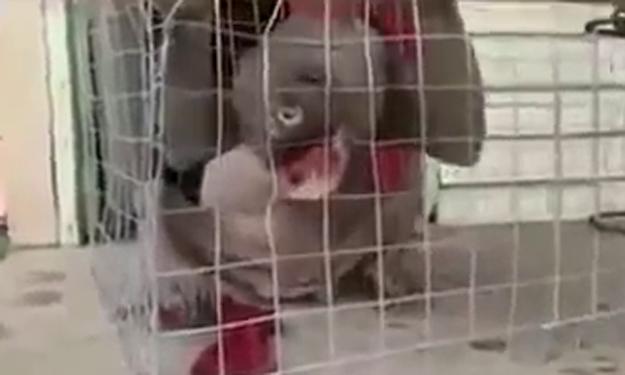 The person who uploaded the video named Raymond Yeung, claims that he took the footage in the Shenzhen Reservoir in China’s Sand Bay.

According to ViralSpell, the clawed animal, which some believe is a rare bear, is seen biting aggressively through the cage, even as its mouth is bleeding, before ripping the metal wires apart with its paws.

The clip has sparked a debate over the species of the mysterious beast, with a variety of hypotheses being advanced.

In the video description, Raymond Yeung wrote that the animal was found swimming in Shenzhen Reservoir in China’s Sand Bay.

It was reportedly taken out of the water by workers from the Department of Drainage, who later put the animal in a steel cage.

Just what is it? Seen at an oil palm plantation in Sarawak…