WHY WERE  NORTH KOREANS WORKING THERE?

Sarawak is the only Malaysian state which is permitted to hire workers from North Korea.

According to The Guardian, Wan Junaidi said that the men had been working legally under a special agreement between Pyongyang and the Sarawak government.

The use of North Korean labourers in coal mines in Sarawak has come under scrutiny with The Guardian reporting that Malaysia allows these foreign workers into the country because Malaysians dare not work underground.

The spotlight on North Koreans in Sarawak’s coal-mining industry came about after one of them was among four men killed in a mine explosion which occured on Saturday.
…

“When it comes to industries such as coal mines, the jobs are very dangerous and tough.

“No local or Sarawakian will dare to take up such jobs – that is why we need foreign workers. In the coal-mining sector, only Britain, China and North Korea have highly-skilled workers,” Wan Junaidi was quoted as saying by the UK daily.

KUCHING: Another foreign worker at the Silantek coal mine in Sri Aman, which exploded on Saturday, died to his injuries today.

The victim an Indonesian identified as 27-year-old Acmad Zidin died at the Sarawak General Hospital here at 7pm.

“The victim succumbed to bodily injuries and brain complication,” he said in a short text message.

According to HUS staff, their condition was critical but stable and they were suffering breathing difficulties.

Another seven victims are recuperating in a regular ward.

Three other victims have been warded at the Sri Aman Hospital and five more were in two private hospitals here.

The workers killed in the 9am explosion at Selantik were identified as Indonesian national Kardianto, 38, North Korean Pang Chung Hyok, 29, and Myanmar Tun Tun Win, 29.

The Silantek Quarry is in Pantu Sri Aman, about 130km from Kuching, employs 119 foreigners.

The Fire and Rescue Department was informed by the mine supervisor that the mining company employed 119 workers comprising Chinese nationals (15), Myanmar (29), Indonesians (19), Bangladeshis (10) and North Koreans (46).

The Press descends on Silantek Quarry like vultures over a dying victim!

Mine has no signage and is difficult to find

by yu ji AND sharon ling

Soot and ashes: Fire and Rescue Department forensic personnel inspecting the coal mine area after the explosion. — ZULAZHAR SHEBLEE / The Star

KUCHING: The scene of the mine explosion was a picture of blackness.
…

I was part of a small team of photographers and reporters who arrived at the mine at about 4.15pm. The journey had taken longer than expected because the mine was hard to find.

We had made a 130km journey from Kuching, taken a right turn into an unmarked road and travelled through stretches of bumpy gravel tracks.

There are no signboards indicating where the mine is. A gate before the entrance only carries a sign which reads “private property”.

When my colleague Zulazhar Sheblee and I got there, we had to convince a trio of foreigners to let us in. After they finally did, we drove past a coal stockyard, then uphill and turned left into what was essentially a flow of mud.

We were relieved when we saw Fire and Rescue trucks. It became clear that this was not a large mine. The stockyard had just a few small mounds of coal.

KUCHING: A gas explosion in a coal mine in Selantik, Pantu, Sri Aman, about 130km here, killed three foreign workers and injured 24 others.

The dead were a North Korean, an Indonesian and a Myanmar national. Details of their identities were not revealed. 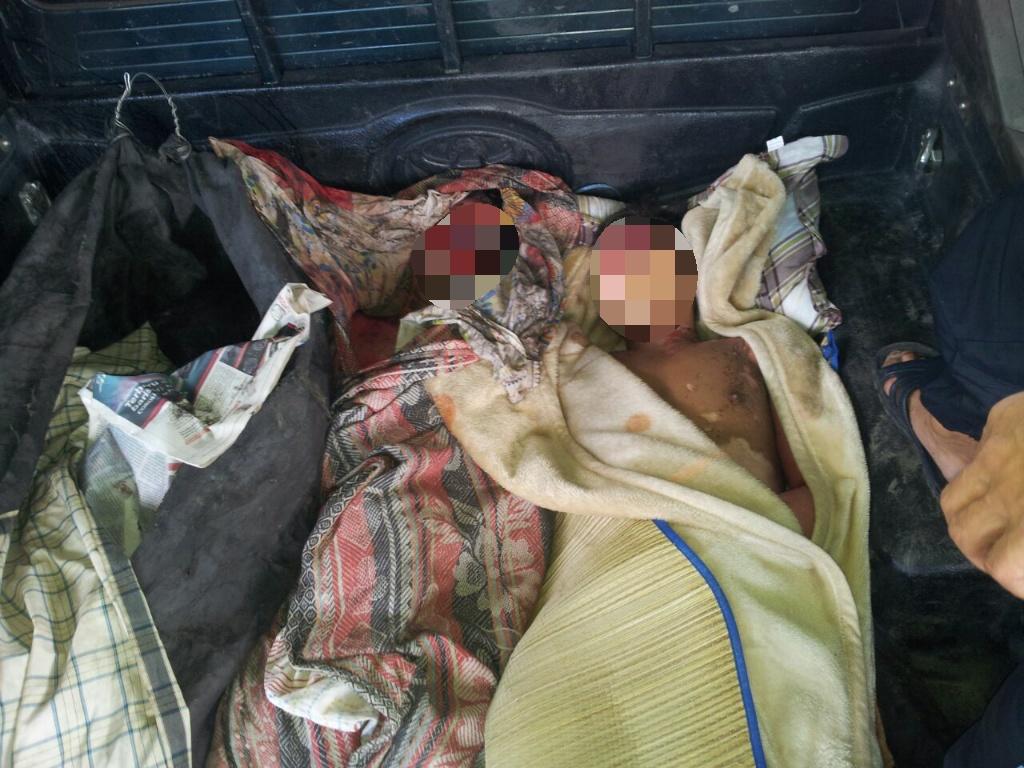 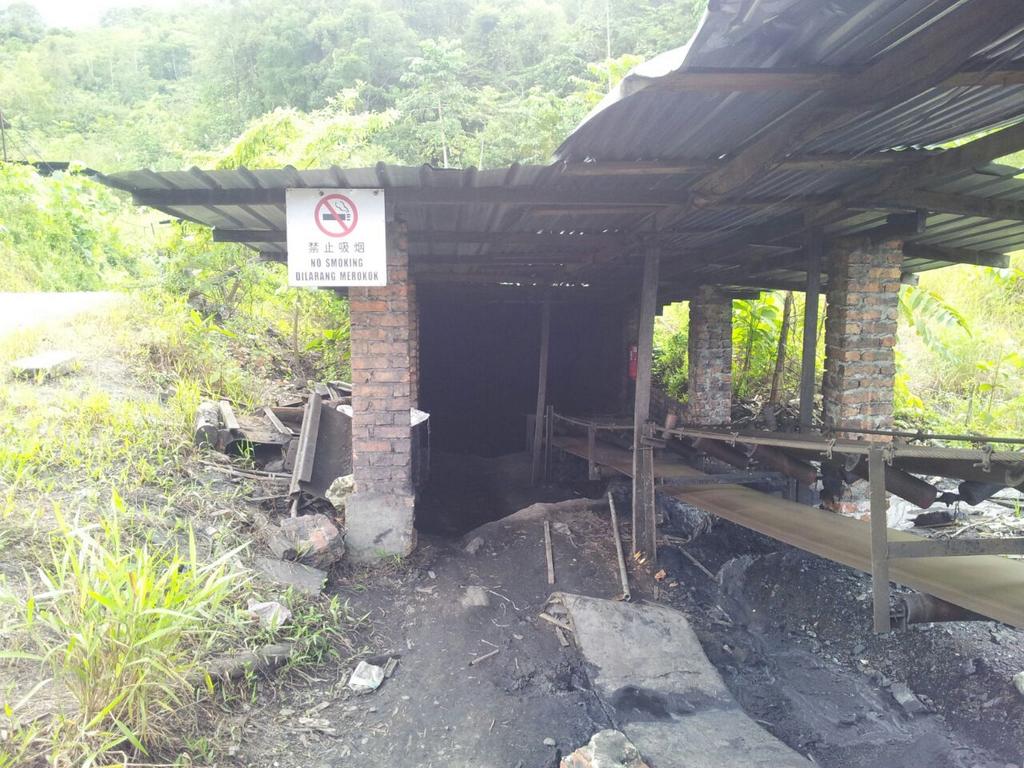 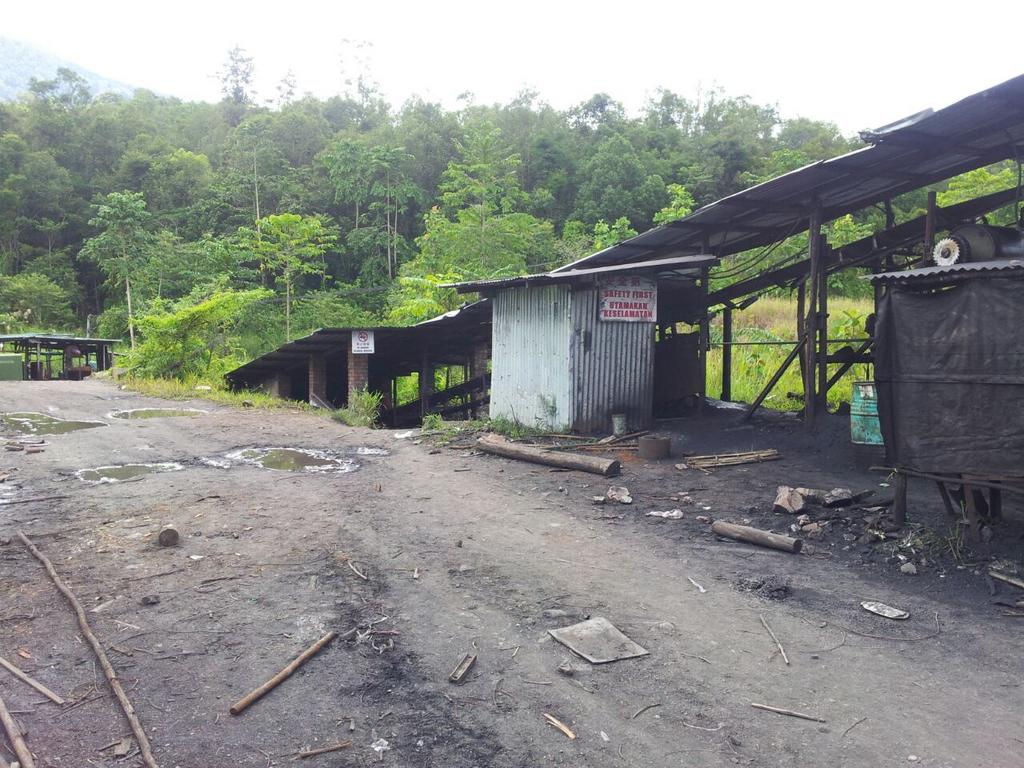 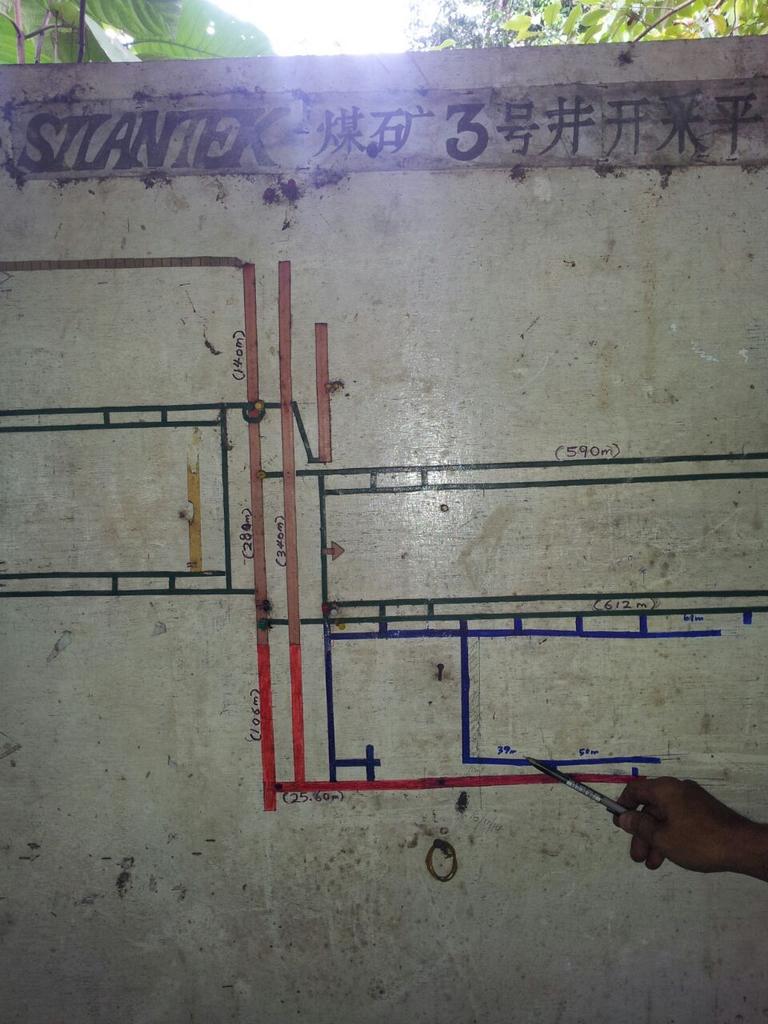 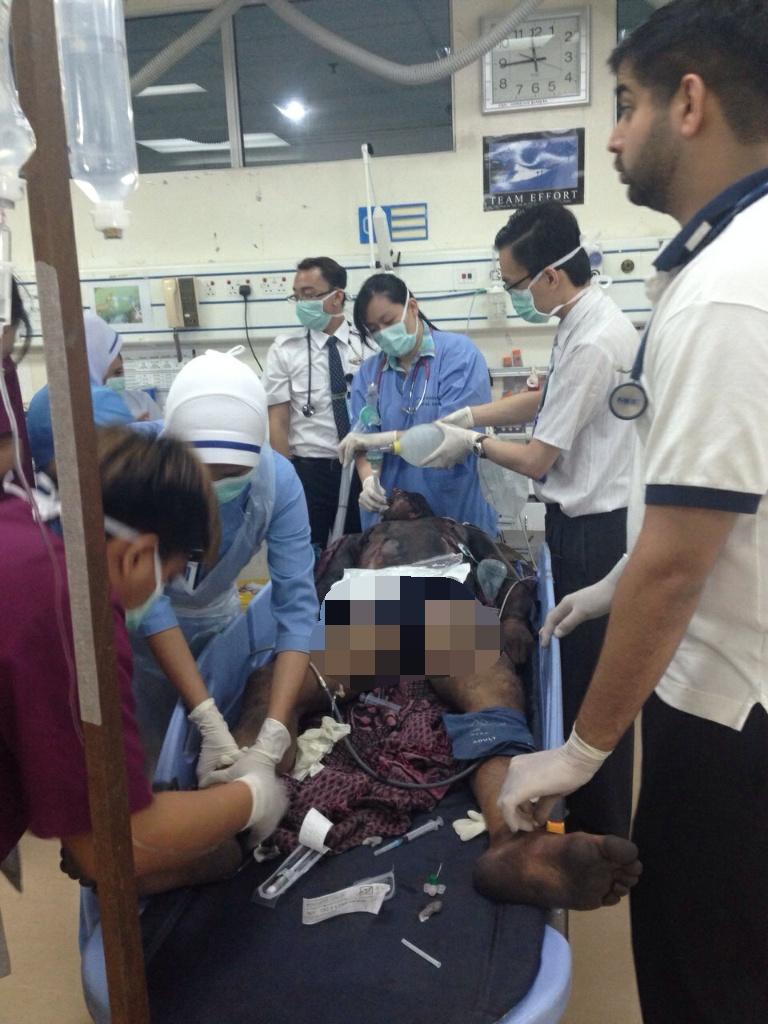 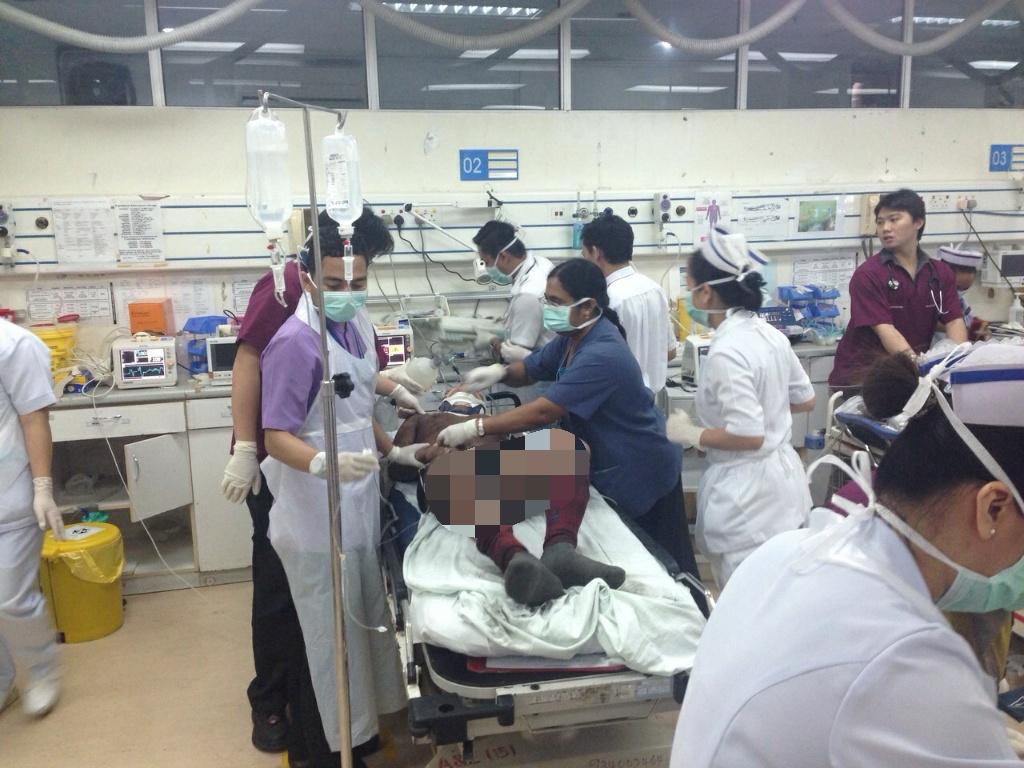 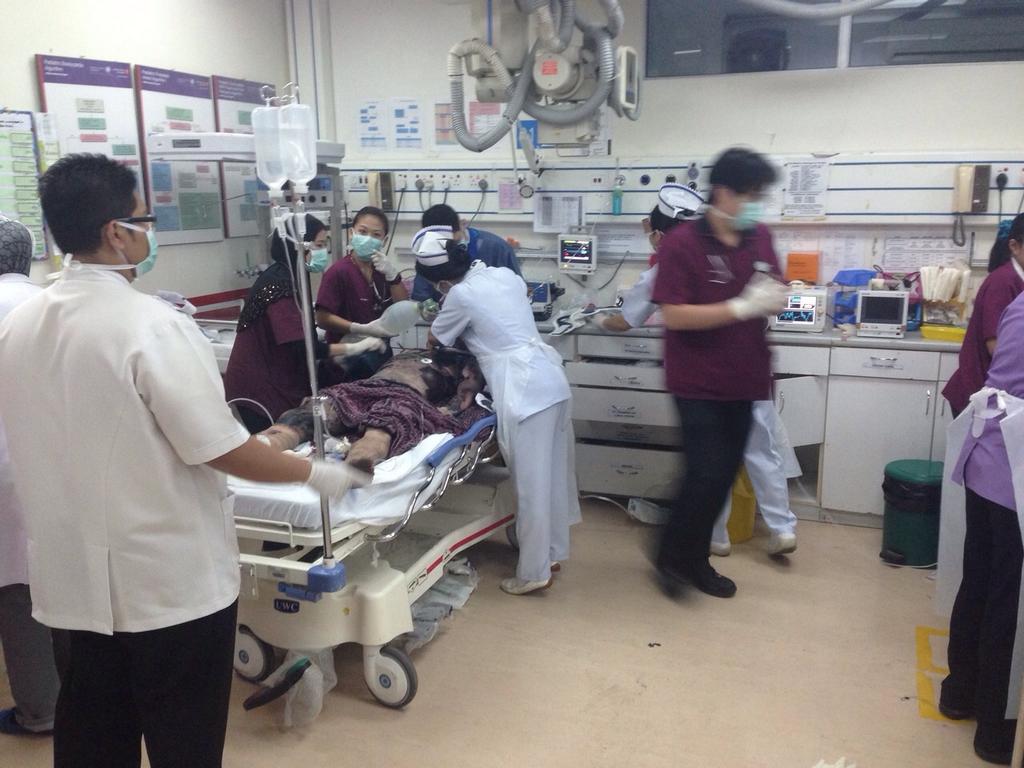 The three foreign nationals died at the explosion are identified as a Korean, Myanmar and Indonesian.

Initial investigation shows that the explosion took place 150 meters underground and no one was trapped during the incident.

KUCHING: Three people were killed and nearly a dozen were injured in a coal mine explosion in Pantu, Sarawak on Saturday morning according to early reports from the scene.

The incident occurred just before noon, said a brief report from the General Operations Force, which added the information came from the Sri Aman police station.

Like Loading...
This entry was posted in Silanmtek Quarry, Sri Aman and tagged coal mineexplosion, kuching, Pantu coal mine, sarawak. Bookmark the permalink.