In Singapore: Labour Day, May 1st

SINGAPORE (AP) — About 350 people gathered at a park in Singapore on Thursday to protest against immigration policies that they say are too lax.

A small but growing number of discontented locals blame the higher cost of living on foreigners and have been lambasting the government for its so-called soft immigration policies.

Organized by activist Gilbert Goh, Thursday’s protest follows recent racial abuse heaped on a group of Filipinos on the island who were planning to celebrate their Independence Day at the city-state’s main shopping belt. Critics say they should hold their celebrations at the Philippine Embassy.

Goh criticized Singaporean authorities who had warned him Wednesday night that it would be illegal to deface a poster of Prime Minister Lee Hsien Loong. 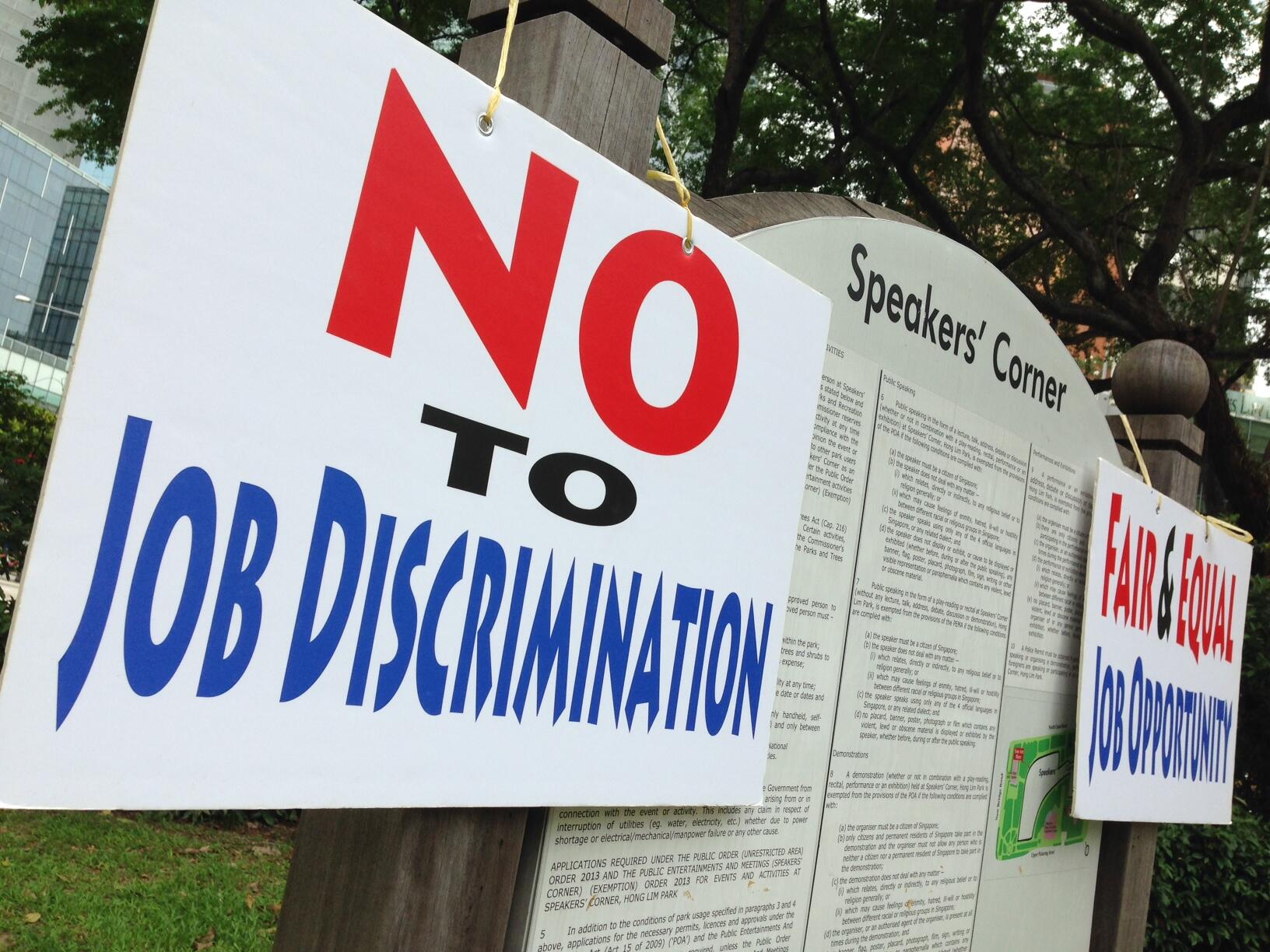 A speaker talks to the crowd at the Labour Day protest, which, according to organiser Gilbert Goh is 500-600 in size. pic.twitter.com/qz3b6jSv3S 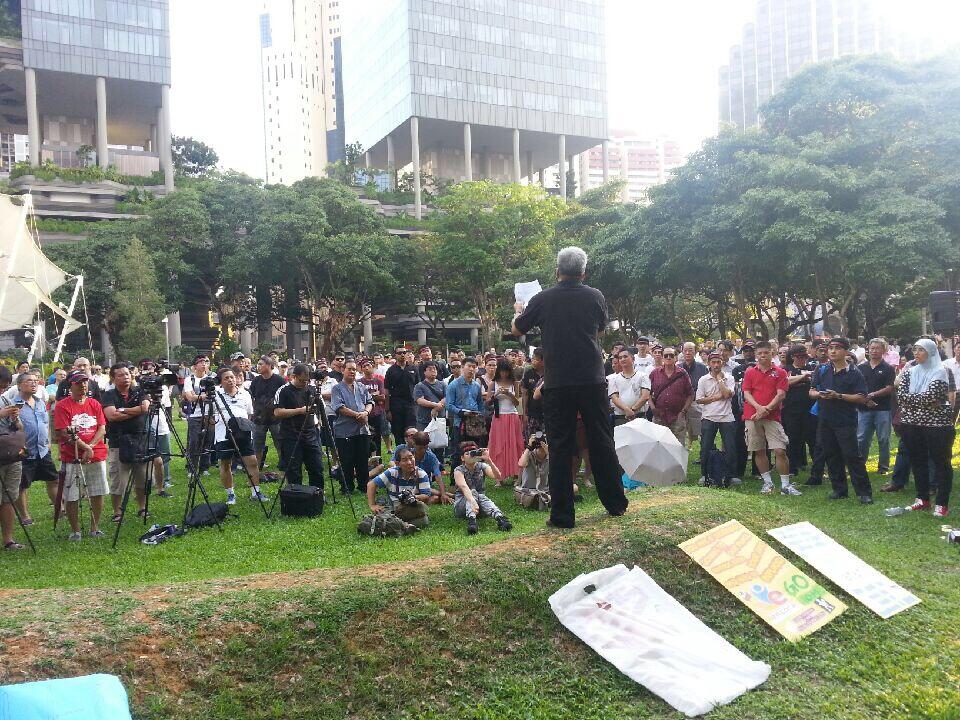 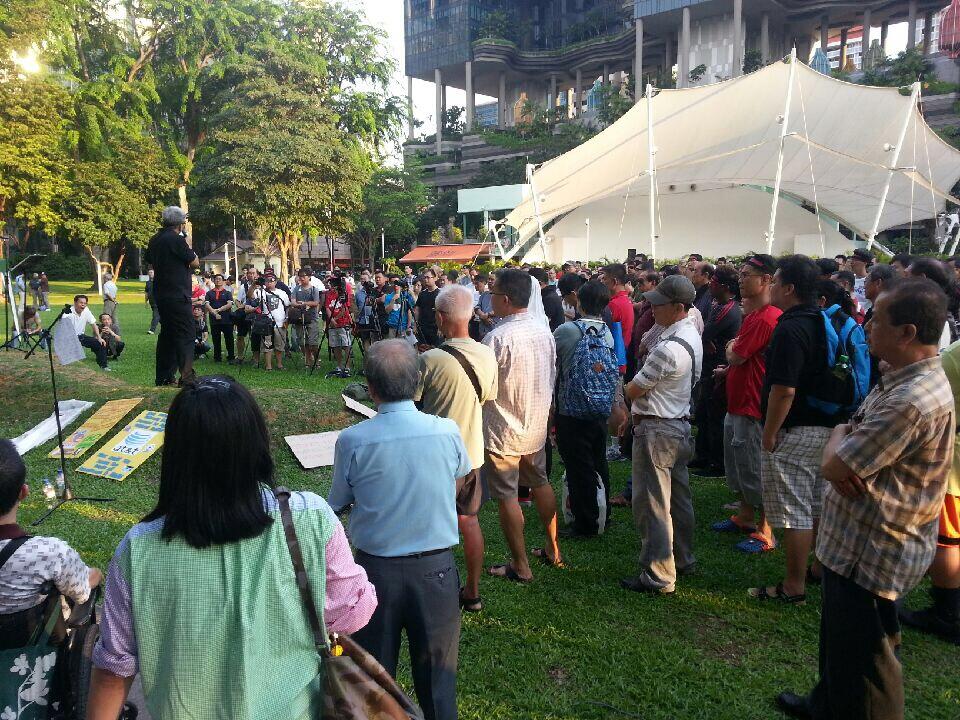 Scenes from the ongoing Labour Day protest at Hong Lim Park. Are you there? 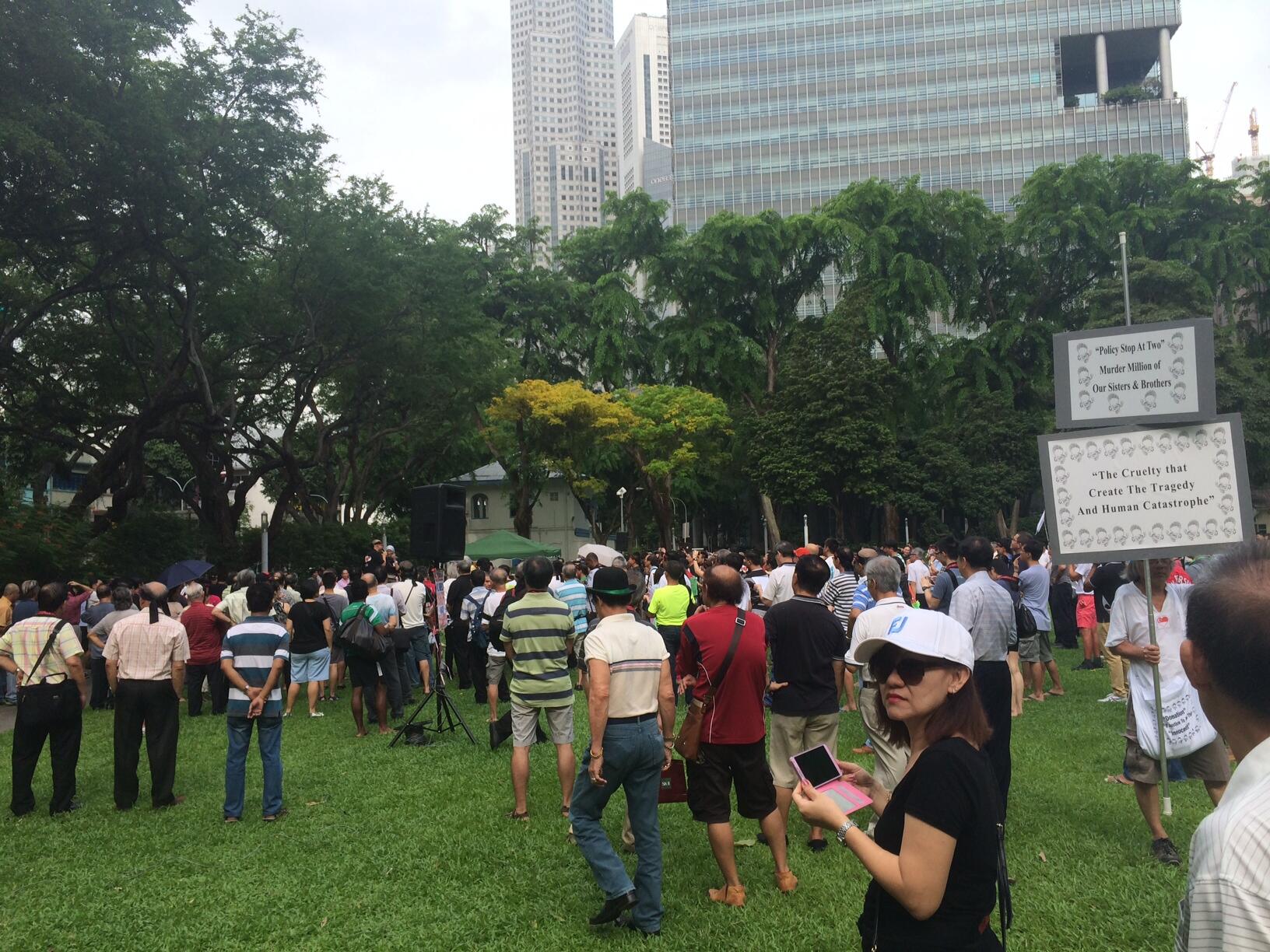 3 hours ago
Dear Mr GohYour application to register your event has been approved. In registering your event, you have agreed to the Speakers’ Corner terms and conditions of approval for events and activities carried out at Speakers’ Corner, Hong Lim Park.Please note that you will be required to apply for a police permit or licence if any of the organisers and speakers are not Singapore citizens, or if any of the participants are not Singapore citizens or permanent residents.Please refer to the Public Order Act, Public Order (Unrestricted Area) Order 2013, Public Entertainments and Meetings Seema Michelle Act and the Public Entertainments and Meetings (Speakers’ Corner)(Exemption) Order 2013 for information on the situations you will be required to apply for a police permit or public entertainment licence under existing laws.As an organiser, you are responsible for ensuring that the laws are complied with. We also seek your cooperation in helping to keep Hong Lim Park litter-free.Please print this page as proof of your registration and bring it on the day of your event. Thank you.Yours sincerely,Commissioner of Parks and Recreation
—

48 minutes ago
Police on Wednesday warned activist Gilbert Goh against an online call he made to deface a poster of Singapore’s Prime Minister Lee Hsien Loong at his protest event at Hong Lim Park, planned for Thursday.In a public post Goh shared on his… See More

8 hours ago · Edited
A police inspector called me earlier asking us not to deface our Prime Minister photo tomorrow or else…but that doesn’t mean we can’t scold him for his errant pro-foreigner policies right?Which PM in the world invites others to take over his own country?

Police on Wednesday warned activist Gilbert Goh against an online call he made to deface a poster of Singapore’s Prime Minister Lee Hsien Loong at his protest event at Hong Lim Park, planned for Thursday.

In a public post Goh shared on his personal Facebook page on Saturday, 19 April, he encouraged participants of his planned “labour day protest” to “vent their anger” at a “huge poster” of PM Lee, which he planned to display at the event.

“You can spit, throw eggs, splash dog poo, draw graffiti and kick at the poster of our Prime Minister,” he wrote. “We don’t need to respect him at all… for he has never care [sic] for us one bit.”

Some 145 people liked his post, where he called PM Lee “a disgraced leader to all Singaporeans”, claiming that he “constantly side [sic] with all foreigners residing here and chastised his own people who incidentally have voted him into office”.

Press release: Labour day protest on 1st May (Thurs) from 4 to 7pm Hong Lim Park – Protect The Singaporean Workers
Dear friends from the press,
Transitioning.org will be conducting our second labour day protest on 1st May (Thurs) at Hong Lim Park from 4 to 7pm. The theme of the event is Protect The Singaporean Workers.
Last year’s event was attended by 4000 Singaporeans protesting against the pro-foreigner labour policies of our country.
For this year’s event, we will be showcasing companies that flout our weak labour laws here and will name them one by one in detail so that  they will be shamed publicly.
…

Like Loading...
This entry was posted in Uncategorized and tagged Gilbert Goh, LABOUR DAY PROTEST ON MAY 1ST AT HONG LIM PARK, PM Lee poster at May Day protest. Bookmark the permalink.

1 Response to In Singapore: Labour Day, May 1st